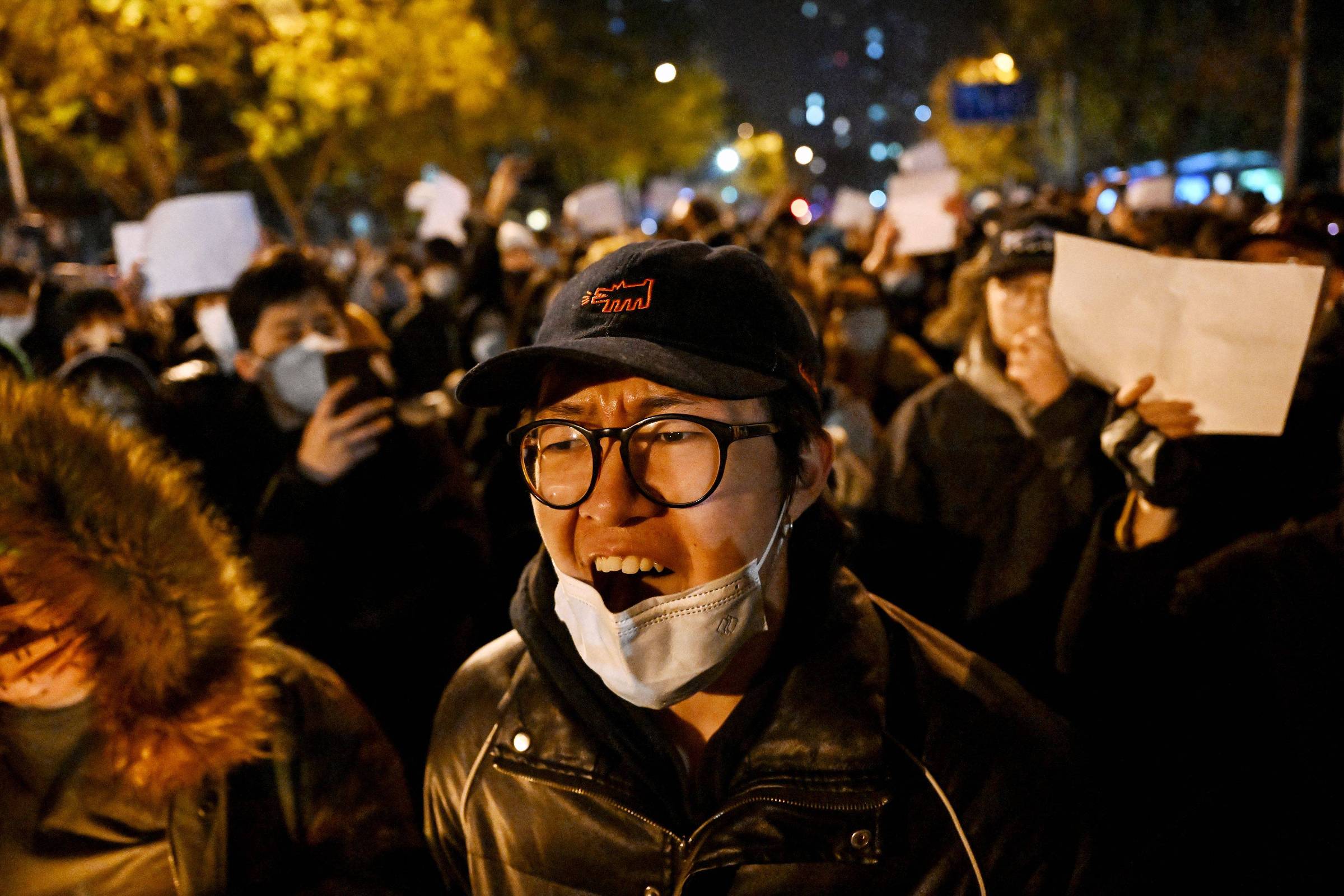 Every day, somewhere in China, there is a local protest going on. Hundreds of strikes take place in the country every year, ranging from employees demonstrating for not receiving their salaries to professionals working without employment ties demanding higher fees.

What prevents these acts from reaching wider popular knowledge is that they are almost always limited to the local level and involve a single claim. They can be resolved quickly and then forgotten.

The protests seen in China in recent days against Covid-zero policy lockdowns are the opposite of that. They are national in scope, involve people from all sectors of the population, and consolidate popular dissatisfaction over multiple issues in a way not seen since the Tiananmen Square protests of 1989.

Migrant workers protesting at the world’s largest iPhone assembly plant in the central city of Zhengzhou are demanding unpaid allowances and demonstrating against appalling health and working conditions at the factory isolated by the lockdown.

Residents of Urumqi, the northwest capital of Xinjiang, protest the government’s handling of a skyscraper fire. At least ten people died in the incident, and residents claim they were unable to leave the building due to the lockdown, which has now lasted for more than three months.

Uighurs abroad point out that the severity of the lockdown in Xinjiang, where some people have starved to death inside their homes, is yet another consequence of the government’s repressive policy towards the Muslim minority.

But the protests in Urumqi were also full of ethnic Han Chinese, who are also suffering from enforced isolation. Students across the country and the world have organized vigils and demonstrations. Over the weekend, demonstrators in Shanghai chanted “Resign, Xi Jinping!” It is an extraordinary cry, in that it breaks with the usual norms that Chinese protesters abide by for their own safety: making isolated claims and criticizing local, not central, leaders.

The post-1989 generation of students has never before witnessed this level of government failures coupled with popular anger. Just over a month ago, before Xi was crowned party leader for an unprecedented third term, a banner with anti-government slogans strung from a bridge in Beijing was enough to set off a storm on social media for the few hours it was on display.

Now, there are videos of popular discontent everywhere. They’re spreading so fast that censorship can’t get them off the air.

The protests brought together a broad coalition of interests: factory workers, merchants, students and urban elites. Everyone has suffered in different ways under the Covid-zero policy, from lost wages to being unable to travel internationally on business.

Two years ago, when less contagious but more lethal strains of the coronavirus were spreading, the Covid-zero policy managed to preserve the freedom of the majority of the population at the cost of forcibly blocking cities like Wuhan. Now the country is much more united in its suffering.

China still has no easy alternative to the Covid-zero policy. In Urumqi, the local government has made an unusual concession, announcing it has reached the Covid-zero target and saying it will lift the lockdown in stages. But the national government does not want to be seen to be making overt concessions lest the public conclude that mass protests have an effect.

Beijing can stand firm and hope the protests subside. But time is not on your side in all other respects. The health care system is sagging under the pressure of having to test millions of people every day. With the economy stagnating, people’s livelihoods are slipping away. But the lifting of restrictions could lead to more than 1 million deaths from Covid, due to the low vaccination rate of the elderly.

The party needs a solution that makes a positive impression. A nationwide vaccination campaign, including even foreign mRNA vaccines, would allow Xi to declare a victory against Covid. It would be a largely meaningless gesture, but it would enable China to break the deadlock.

Facebook
Twitter
Pinterest
WhatsApp
Previous article
The 1998 game between Iran and the USA was one of the most politicized in World Cup history.
Next article
Brazilian industrial confidence falls in November to the weakest level since mid-2020