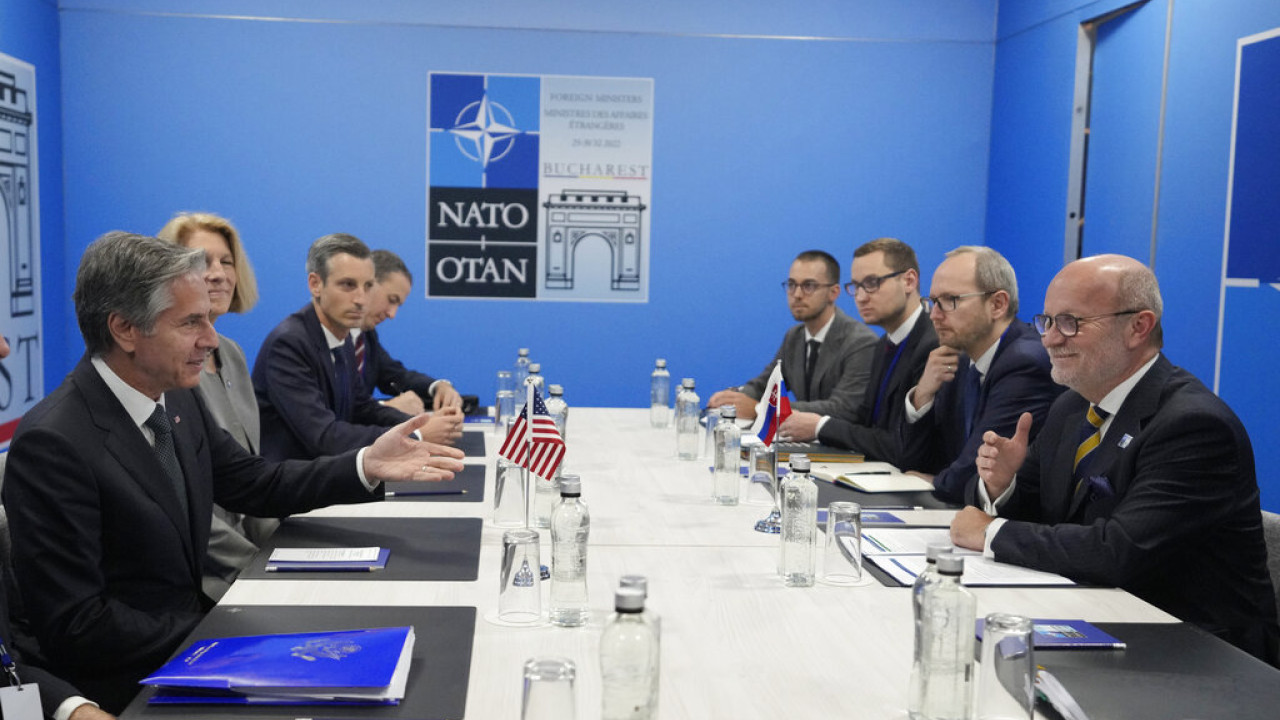 The risk of a direct conflict between Russia and the West is increasing – “We are sending a signal” to the Americans, said Russian Deputy Foreign Minister Sergei Ryabkov

Moscow has repeatedly said that Western military support for Ukraine is prolonging the conflict, now in its tenth month, while creating the risk of a possible direct confrontation between Russia and the West.

“We are sending signals to the Americans that their line of escalation and even deeper involvement in this conflict is fraught with dire consequences. The risks are increasing,” he said Ryabkov according to the Interfax agency.

Kyiv and the West say Russia bears responsibility for any further escalation after what they say is Moscow’s February 24 unprovoked invasion of Ukraine, its continued occupation of Ukrainian territory and nuclear threats.

Ryabkov is quoted as saying that there is no dialogue between Washington and Moscow, but the two sides “occasionally exchange signals”.

He is not aware of any contact through a special US-Russia military red line set up during the launch of what Moscow calls a “special military operation”, he said.

A US official told Reuters earlier that a special “de-escalation” line between Russian and US troops had been used once since the war began.

“I’m not aware of any disengagement channel in relation to what’s going on in the Ukraine… We don’t have any dialogue with the United States on the Ukrainian issue because our positions are fundamentally different,” Ryabkov was quoted as saying.

On a political level, the decision to stop talks with the USA

He also reportedly stated that the Moscow had “no choice” but to cancel talks with the US on inspections under the “New START” nuclear arms control treaty.

Ryabkov said Washington only wanted to discuss resuming inspections while Moscow had other priorities.

The situation in Ukraine also played a role in Russia’s last-minute decision to cancel the meeting of the bilateral commission, which was due to start in Cairo today.

“In general, the situation was such that we had no other choice. The decision was made at the political level,” Ryabkov said, according to the RIA Novosti news agency.

“The Americans focused exclusively on the issue of resuming inspections… at the same time solving other issues was and remains a priority for us,” Ryabkov said, according to TASS.

“We have repeatedly explained our position … but we have not seen the slightest desire on the American side to move in this direction.”

Ryabkov said Moscow wants to discuss the broader issue of “strategic stability” — an area that covers a host of nuclear-related issues between the two countries.

The treaty entered into force in 2011 and places caps on the number of nuclear warheads the two countries can develop. They were to hold one-week talks to resume treaty inspections, which were suspended in March 2020 due to the COVID-19 pandemic.

According to RIA, Ryabkov said that Moscow is not setting conditions for a new meeting of the commission, but would like to see a “balanced program”. He said it is unlikely that there will be any meeting between the two sides this year.

The United States and the West accuse Russia of practicing “nuclear blackmail” during the war in Ukraine, with President Vladimir Putin hinting on several occasions that Russia would be ready to use nuclear weapons.

CIA Director William Burns met with Sergei Naryskin, the head of Russian intelligence, in Ankara, Turkey, two weeks ago and warned him about the consequences of Russia’s possible use of nuclear weapons, the White House said.

Russia says the issues discussed were sensitive and declined to comment on them.

Moscow denies it has threatened a nuclear strike over Ukraine and says the West bears responsibility for the rise in nuclear rhetoric around the conflict.

NATO foreign ministers pledged today to increase support for Ukraine and help it repair its energy infrastructure after Russian attacks knocked out electricity and heating for millions of Ukrainians.

“Russia’s aggression, including persistent and unconscionable attacks on Ukraine’s political and energy infrastructure, is depriving millions of Ukrainians of basic humanitarian services,” the ministers said in their statement, concluding the first day of their talks in Bucharest.

The ministers condemned what they called Russia’s cruelty to Ukraine’s citizens and pledged to help the country repair its energy infrastructure.

“We will continue and further intensify our political and practical support to Ukraine as long as it continues to defend its sovereignty and territorial integrity (…) and we will maintain our support for as long as necessary,” the statement added.

The ministers also reiterated the decision taken by NATO at the 2008 summit that Ukraine – and Georgia – would eventually join the alliance. Since 2008, however, the leaders of the NATO countries have not taken concrete steps, such as granting Kyiv an action plan that would define a timetable for the country’s integration.

Ukraine, for its part, has called on its Western partners to supply it with anti-aircraft systems and transformers, to counter Russian attacks on its energy network.

“We need anti-aircraft (systems), IRIS, Hawks Patriots, we need transformers,” Ukrainian Foreign Minister Dmytro Kuleba told reporters on the sidelines of the summit. “If we have transformers and generators, we can restore our energy needs. If we have anti-aircraft systems, we can protect (the infrastructure) from the next Russian missile strikes. In short: Patriots and transformers are what Ukraine needs most”, he stressed.

Facebook
Twitter
Pinterest
WhatsApp
Previous article
Poland: Will charge Ukrainian refugees for state-provided housing and meals
Next article
Renault: Renault and Nissan validate the timetable for a possible agreement in December, according to sources