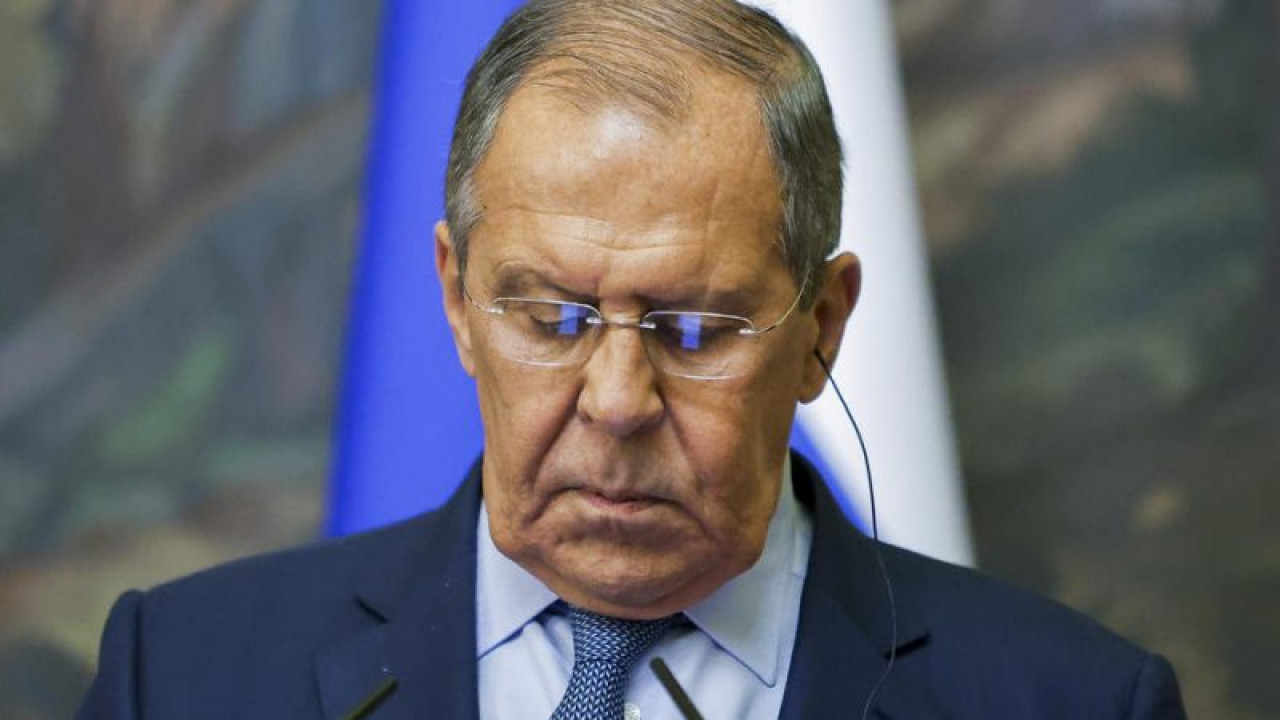 Lavrov on nuclear: “It is impossible to talk about stability while Washington is “meddling” in Ukraine

According to the Russian foreign minister, it is “naive” for the US to expect Russia to discuss strategic nuclear issues while – in Moscow’s eyes – trying to destroy it.

Russian Foreign Minister Sergei Lavrov said today that Moscow is willing to play a responsible role in nuclear arms control but that it is impossible to discuss nuclear stability while ignoring Washington’s involvement in the war in Ukraine.

“It is clear that it is impossible to discuss strategic stability today while ignoring everything that is happening in Ukraine. Because the goal in Ukraine has been declared — not to save Ukrainian democracy, but to defeat Russia on the battlefield, or even to destroy Russia,” he said.

Ukraine’s Western allies say they are arming Kyiv to help defend against Russian aggression, rejecting Russian claims that they are exploiting Ukraine as part of a strategy to weaken and defeat Russia or even dismember it.

Lavrov said Moscow has expressed willingness in the past to discuss extending the New START treaty with Washington to take into account Russia’s latest hypersonic weapons.

He said Russia was also ready to go beyond a joint statement with the United States in June 2021 that said a nuclear war could not be won and should never be fought, saying any war between nuclear powers would be inadmissible.

But he said it was “naïve” for the United States to expect Russia to discuss strategic nuclear issues while — in Moscow’s eyes — trying to destroy it.

Russia last week pulled out of talks with the United States in Cairo on the New START treaty, which limits the number of nuclear warheads each side can deploy. He blamed the poor state of relations, accusing Washington of toxic anti-Russian behavior.

The Russian Foreign Minister also said that discussions with Washington on a possible prisoner exchange are being conducted by the intelligence services of the two countries and that he hopes they will be successful.

Elizabeth Rudd, the US chargé d’affaires in Moscow, told Russia’s state news agency RIA in comments broadcast Monday, Nov. 28, that talks were continuing through the “designated channel” on a deal to release Americans Brittney Greiner and Paul Whelan.

But he said Moscow had not given any “serious response” to any of Washington’s proposals.

Basketball player Greiner was transferred to a penal colony in Russia’s Mordovia region last month to serve a nine-year prison sentence on drug charges after she was caught in February with vials containing cannabis oil.

She told her trial that she was using them to relieve the pain of a racing injury and that she did not intend to break the law.

Whelan, a former Marine, is serving a 16-year sentence in the same region on espionage charges, which he denies.

Russian Deputy Foreign Minister Sergei Ryabkov had expressed hope on November 18 that a deal would be reached on a prisoner swap that would include the release of Viktor Bout, a convicted Russian arms dealer serving a prison sentence in the United States.

Facebook
Twitter
Pinterest
WhatsApp
Previous article
Most valuable player of the 6th game of the Volley League is Jiri Kovar
Next article
Mitsotakis at the Association of HIV-positive people of Greece “Positive Voice”: “I am glad that we passed the anti-discrimination law”