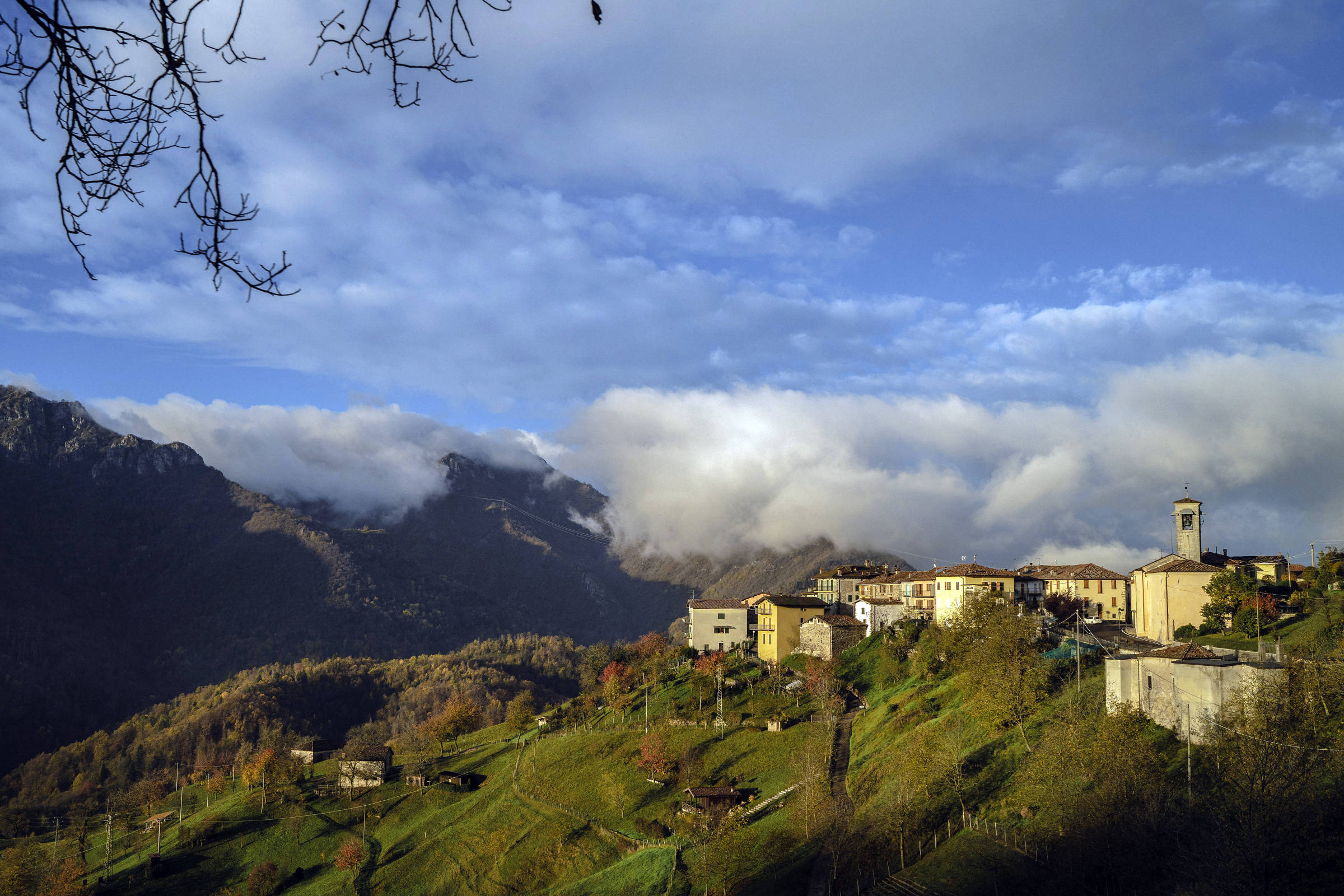 Italian village wins R$ 100 million to try not to disappear

The only full-time municipal employee in Livemmo, an isolated mountain village in northern Italy with 196 residents, has a lot on his to-do list.

At 7:26 am on a recent morning, he stamped his time card and tidied up his office. She left to drive the school van through foggy roads, picking up children from neighboring villages and honking her horn around curves slick with red autumn leaves. On return, she paid a bill and responded to emails. So he turned to his main task: helping the village spend €20m (£108m) earmarked to save Livemmo from oblivion.

“It’s a big job spending all that money,” says Marino Zanolini, 57. “In the end, if something goes wrong, you know who’s to blame.”

This year Livemmo defeated dozens of other villages in the Lombardy region in a race for a share of the roughly €200 billion Covid recovery fund earmarked for Italy by the European Union. The country has one of the oldest populations on the continent, and the combination of a negligible birth rate and increased longevity has generated an economic and existential crisis that has troubled successive governments.

Italy has allocated €420 million (R$2.27 billion) in relief funds to reverse the aging and disappearance of 21 of its most endangered small villages – one in each major region or province. Livemmo, known for mountain trails, grasslands and the Carnival, won the refreshing award with the proposal to evolve into a vibrant tourist destination.

The project includes spending on decent Wi-Fi (€366,000), more accommodation in 17th-century stone houses (€549,000) and expanding the cycle path network (€5.9m). The village intends to convert a dirt field surrounded by plastic benches into a sports complex with synthetic grass, parking and changing rooms (€1.2 million) and foresees the acquisition of private warehouses to be converted into centers for cheesemakers, honey producers and wood craftsmen (€3 million).

To compensate for the loss of the only doctor, who retires at the end of this month, he proposed buying telemedicine wristbands to monitor vital signs of elderly residents (€183,000). And incentives to attract more families, companies and “startups in the contemporary art sector, with a particular focus on the theme of wood” (€ 1.45 million).

“It’s a unique, unimaginable opportunity,” says Giovanmaria Flocchini, mayor of the city that includes Livemmo. He sees the village as part of a critical experiment for Italy, but also for aging societies across Europe: proving that an influx of money can save cities (and all their cultural and historical heritage) from depopulation and abandonment. “I feel doubly responsible. If it fails for us, it fails for everyone.”

The village needs to start spending the money between July 2032 and June 2026. Zanolini, who has worked for Livemmo for nearly 30 years and often has lunch at his parents’ house down the street, is now preoccupied with hundreds of documents from the planning; then he’ll tackle thousands of contracts to organize, digitally sign, and pay. “Everything goes through city hall. And 90% of the time I’m alone.”

Flocchini is negotiating with regional and national governments to use €800,000 to hire professional consultants. In a part of the country with a high level of employment, he has a hard time attracting residents who have solid jobs 30 kilometers away for a temporary job closer to home.

After guiding the reporter through a brief tour of the village, the mayor returned to the city hall and found Zanolini showing a resident how to open the lid of the garbage can so that it would not break in the cold. He says he admires the employee as a handyman, “but that’s not his job.”

The deeper challenge, however, may be that a significant and aging portion of the population does not want the money in the first place. “There isn’t much enthusiasm on the part of the population,” he says. “You can’t change the minds of 80-year-olds.”

Or some of the 70s. “My fear is that the whole city will be changed. We will be invaded by people we don’t know,” says Graziella Scuri, 73, who owns one of Livemmo’s five restaurants. A defining trait of the character of the residents, who often live isolated, is that they are “a little closed off”, according to her.

His son, Daniele, 38, questions the point of trying to turn a town of taciturn, aging mountain dwellers who worry about having a doctor on call into a tourist attraction. “These people want to come see the goats! I grew up with them so I think it’s absurd.”

Five years ago, with Livemmo worried about the nearly non-existent birth rate, the town invested in a small grocery store. Daniela Guffi, 27, daughter of a former resident, then moved to the village because, according to her, she loved the mountains and thought it would be a good place to raise a family. “I hope for the best, but we’re all a little suspicious because we know so little.”

The village had its charms, she said, and tourists from Brescia and Milan, desperate to escape the extreme heat of the climate crisis, sought refuge there in summer. “But during the year it’s difficult to be young here. As a couple it’s one thing, alone it’s another.”

Partly out of necessity, Flocchini pins her hopes on Livemmo’s youth, confident that some could buy out the seniors’ restaurants or open businesses and have more children to keep the local school going.

Giulia Turrini, 33, who has two young children, runs a guesthouse in the town hall building. The village hopes to transform the stone cellar, now full of scrap metal, gas cylinders and broken baskets, into a showcase for local wines and cheeses. “People my age will make the most of government funding,” she says. “Older people are more negative. They fear change.”

Across the street, Sabrina Bresciani, 28, showed off her daughter, Aurora, who she says is the only child born in the village in 2021. “I hope the money is well spent for the next generation too.”

This new generation went home in the school van, again driven by Zanolini, at the end of the day. As Erica Scuri, 40, awaited the arrival of daughter Anita, 5, she said she feared the nearly €20m would be “a bit wasted”. “Look around,” she tells her. “Missing everything.”

Minutes later, Zanolini left the girl with a friendly wave. Scuri wondered if her daughter would stay in the village or move somewhere else when she grew up. A voice erupted from below. “I’m here!” she screamed.

Facebook
Twitter
Pinterest
WhatsApp
Previous article
NGOs say thousands of cats and dogs were taken from Doha streets ahead of the World Cup
Next article
“What we wanted happened”: Mimi Denisi comments on the irritation of the Turks for the film “My Beloved Smyrna”