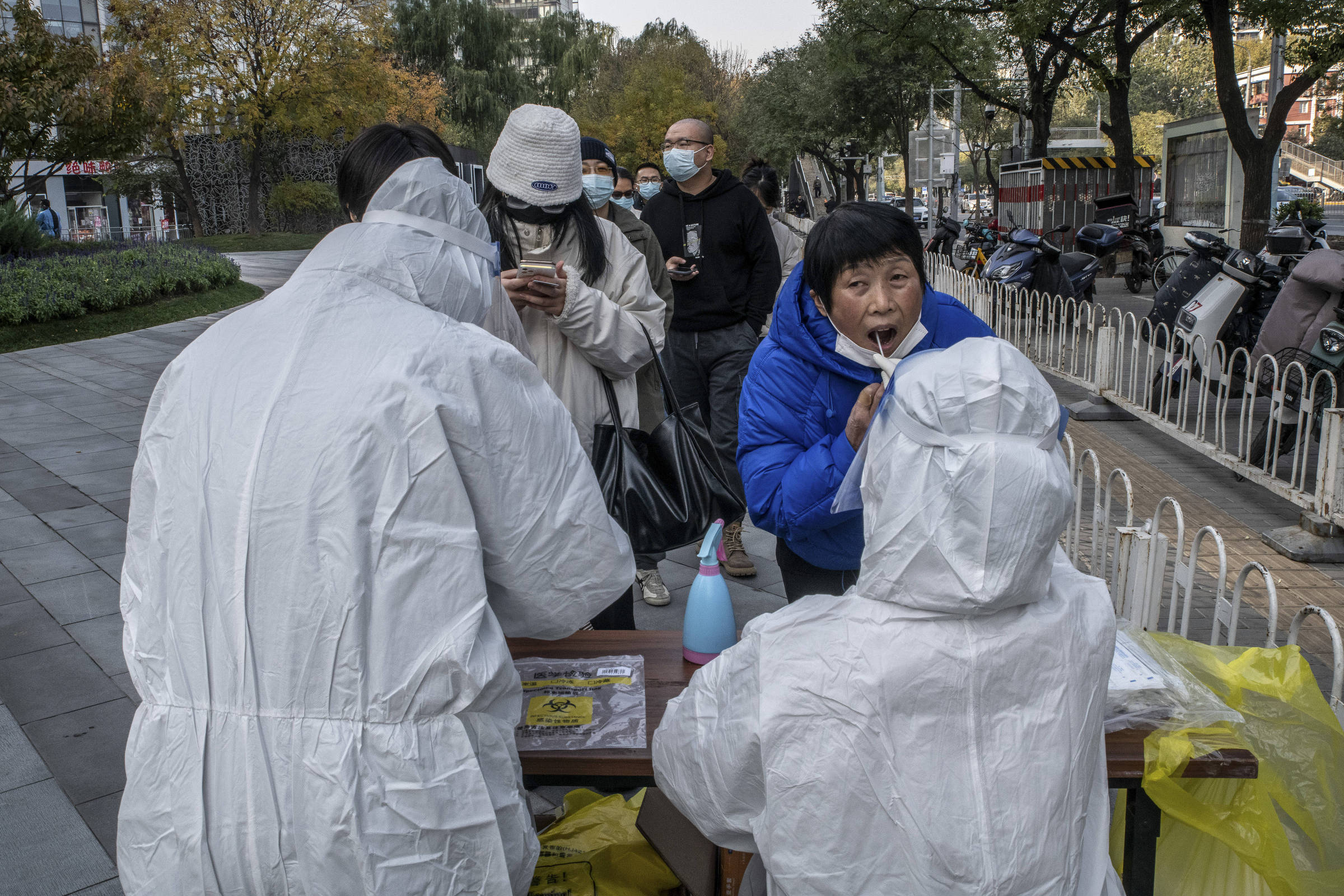 After the series of protests in the country, the Chinese government reacted to the public wear and tear caused by Covid zero and indicated that it will move towards a more flexible health policy.

For the first time, the deputy prime minister and one of the main articulators of Covid zero, Sun Chunlan, spoke of a “new moment” in the fight against the virus, focusing mainly on unvaccinated elderly people. The statements were reported by the local press during her participation in a symposium of the National Health Commission.

Sun said that with “effective medicine — especially traditional Chinese medicine — vaccination of more than 90% of the entire population and the decline in pathogenicity of the omicron variant there are conditions to further optimize responses to Covid”.

Honorary President of the Chinese Academy of Chinese Medical Sciences, Zhang Boli, attended the same event as an expert. He told officials present that omicron would be “difficult to completely eradicate”, reported the state-run Beijing Daily.

The meeting ended with Beijing setting ambitious targets: by the end of January 2023, 90% of people over 80 should be fully vaccinated with two doses (currently, the rate is 68.7%). Provincial governments were instructed to “avoid excessive responses” in controlling the pandemic.

In Guangzhou, one of the cities hardest hit by the new wave of infections, officials announced that lockdowns in half the city would be lifted and mass testing orders ended. In Chongqing, the country’s largest metropolis, close contacts of people with Covid will be able to quarantine at home.

Why it matters: Last week, I showed Sheet that the party was already preparing, behind the scenes, a broad propaganda campaign to start changing the perception of the disease in the country. The protests may have accelerated the process, and China is now showing signs that it may consider reopening in the near future.

Doing so, however, remains a risky gamble. The country missed the opportunity to equip the hospital infrastructure in almost two years without cases of the disease, relying on the scenario in which vaccination in the rest of the world would extinguish the circulation of the virus. Even with high vaccination rates, the volume of infected will be large.

Missing since 2020, the billionaire owner of the Chinese conglomerate Alibaba, Jack Ma, has reappeared. The British-Japanese newspaper Financial Times found that Ma moved to Japan nearly six months ago, where he is enjoying a life out of the spotlight after criticism of the Chinese government that nearly brought his company to ruin.

In 2020, on the eve of Ant Group’s long-awaited IPO (initial offering of shares), Ma made public statements criticizing Chinese regulators and calling state-owned banks a “pawnshop”. The billionaire argued that Ant, a subsidiary of Alibaba that controls the popular AliPay payments wallet and a robust microloan system, offered poorer people collateralized credit, a model in which the borrower pledges an asset as collateral.

The remarks set off a firestorm with the government, which immediately blocked the IPO and launched several investigations against Ma’s companies. The case was settled with the payment of US$ 2.8 billion in fines. According to the Financial Times, Ma still travels frequently to the United States and Israel, but tries not to attract media attention to avoid problems with China.

The Chinese real estate market continues to show signs of exhaustion and is expected to shrink by up to 44% compared to last year, Caixin magazine reported. According to the publication, after accounting for ¥18 trillion (R$13.25 trillion) in 2021, sector sales should be between ¥10 trillion and ¥13 trillion by December.

Home sales in China were down about 26% through October from 2021, according to data from the National Bureau of Statistics. The trend is caused by crises in large developers, such as Evergrande, and weak demand, caused by the slowdown in the economy. The losses worry the sector, which started asking for government subsidies to continue to encourage the purchase of real estate.

With the American ban on imports of new telecommunication equipment manufactured by Huawei and ZTE, the Chinese Ministry of Commerce announced that it will study measures to protect “the legitimate rights of Chinese companies”.

The folder’s spokeswoman, Shu Jueting, told the press that the Chinese will take “all necessary measures” to respond to the decision, announced by the US Federal Communications Commission with the endorsement of the Biden government.

Why it matters: The measure taken by the United States does not come as a big surprise, given that the Americans have accused the two companies for years of collaborating with Chinese intelligence services and, therefore, posing risks to national security.

The Chinese answer to the question, however, deserves further attention. The last time Washington announced sanctions on Huawei, Chinese nationalists called for sanctions on Apple’s operations in China. The Asian country is the company’s second largest market and accounts for around 25% of its entire annual profit.