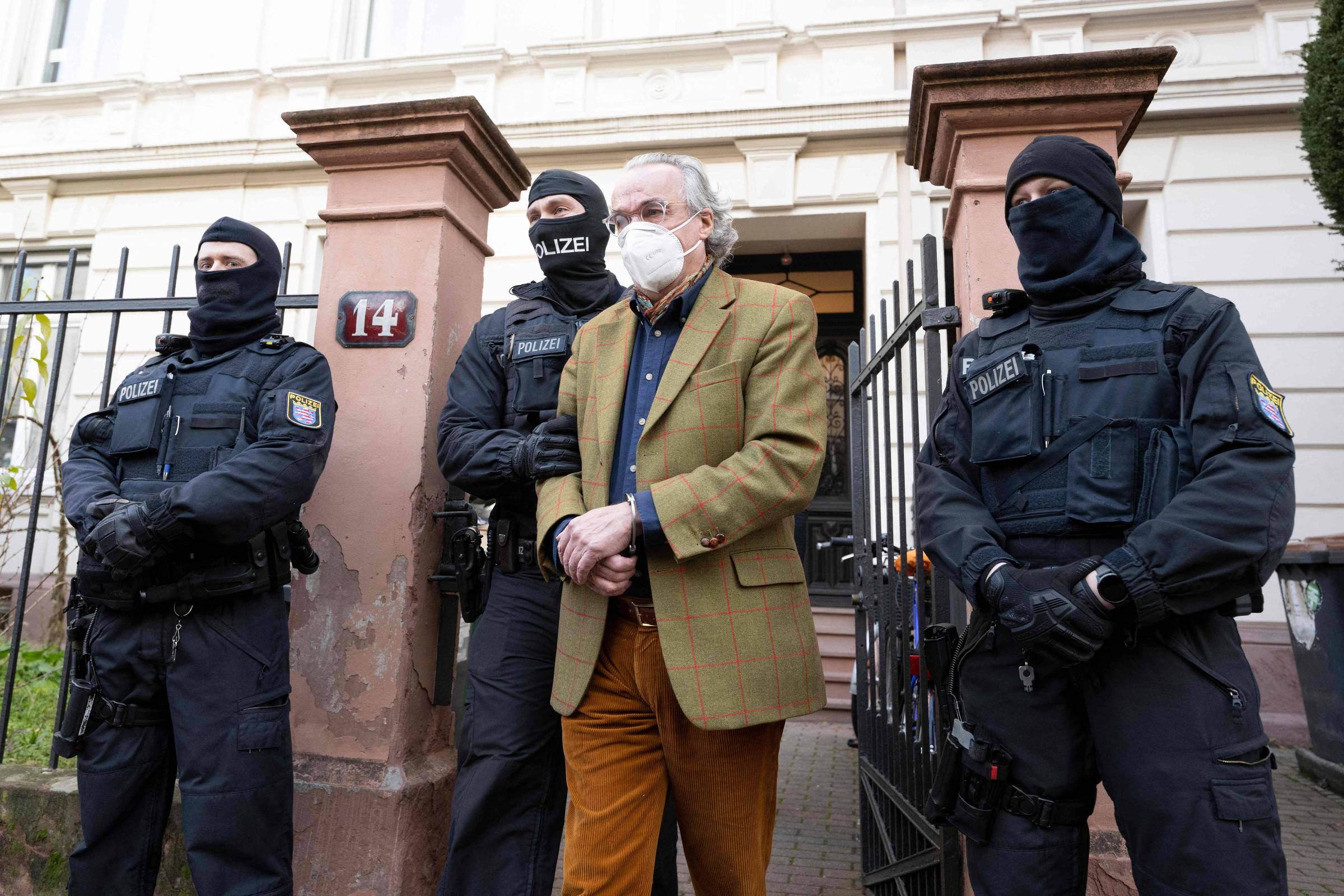 German police arrested 25 people on Wednesday in a nationwide crackdown on a far-right group planning an armed attack on parliament to appoint a “prince” descended from a royal family as leader.

The detainees are suspected of “concrete preparations to violently enter the Bundestag [a Câmara Baixa do Parlamento] with a small armed group,” says a statement released by the Public Ministry.

“We suspect that an armed attack was planned against the constitutional bodies”, said the Minister of Justice, Marco Buschmann, in a message on Twitter, in which he highlights a “widespread anti-terrorist operation”.

The MP claims that the group is sympathetic to the Reichsbuerger (Citizens of the Reich), a movement that does not recognize modern Germany as a legitimate state. Some of them want the resumption of a monarchy, while others are supporters of Nazi ideas.

According to prosecutors, the plot called for a descendant of a German royal family, identified as Heinrich 13th PR, to assume leadership of a future state, while another suspect, Ruediger v. P., would be the head of the military arm.

Heinrich, who uses the title prince and hails from the Royal House of Reuss, which ruled parts of eastern Germany, sought representatives from Russia, which the group saw as its central contact in establishing its new order. The Public Ministry states that there is no evidence that the representatives have reacted positively to the request.

The Russian embassy in Germany was quoted by the RIA news agency as saying that Russian diplomatic and consular institutions in Germany do not maintain contacts with representatives of terrorist groups and other illegal organizations.

The Kremlin spokesman also said that there was no involvement of his country in the alleged conspiracy. “This appears to be an internal German problem,” Dmitri Peskov told reporters.

Nearly 3,000 security force agents were deployed across the country, with more than 130 search and seizure operations.

In addition to the 25 arrested, another 27 people are being investigated on suspicion of being part of the criminal cell, informed the MP.

“The continuation of the investigation will make it possible to determine whether there are elements that constitute the crime of preparing an act of high treason against the State”, added the Public Ministry.

Founded “no later than the end of 2021, the cell aims to overcome the existing state order in Germany and replace it with a form of state of its own”, a project that can only be realized “with the use of military means and violence”. against representatives of the State”, states the communiqué of the Karlruhe MP, responsible for cases that affect the security of the State.

The members are “united by a profound rejection of state institutions and the fundamental liberal and democratic order of the Federal Republic of Germany, which has increased among them, over time, the decision to participate in their elimination by violence and to initiate preparatory acts concrete measures for this purpose”, say the federal prosecutors.

Germany has in recent years ranked far-right violence as the top threat to public order, ahead of jihadism.

A few months ago, the authorities dismantled a small far-right group suspected of planning attacks in the country, as well as the kidnapping of the Minister of Health.

Facebook
Twitter
Pinterest
WhatsApp
Previous article
Cristiano Ronaldo does not train with reserves after Portuguese classification
Next article
Zak Kostopoulos: The broker is free until the trial at the Court of Appeal