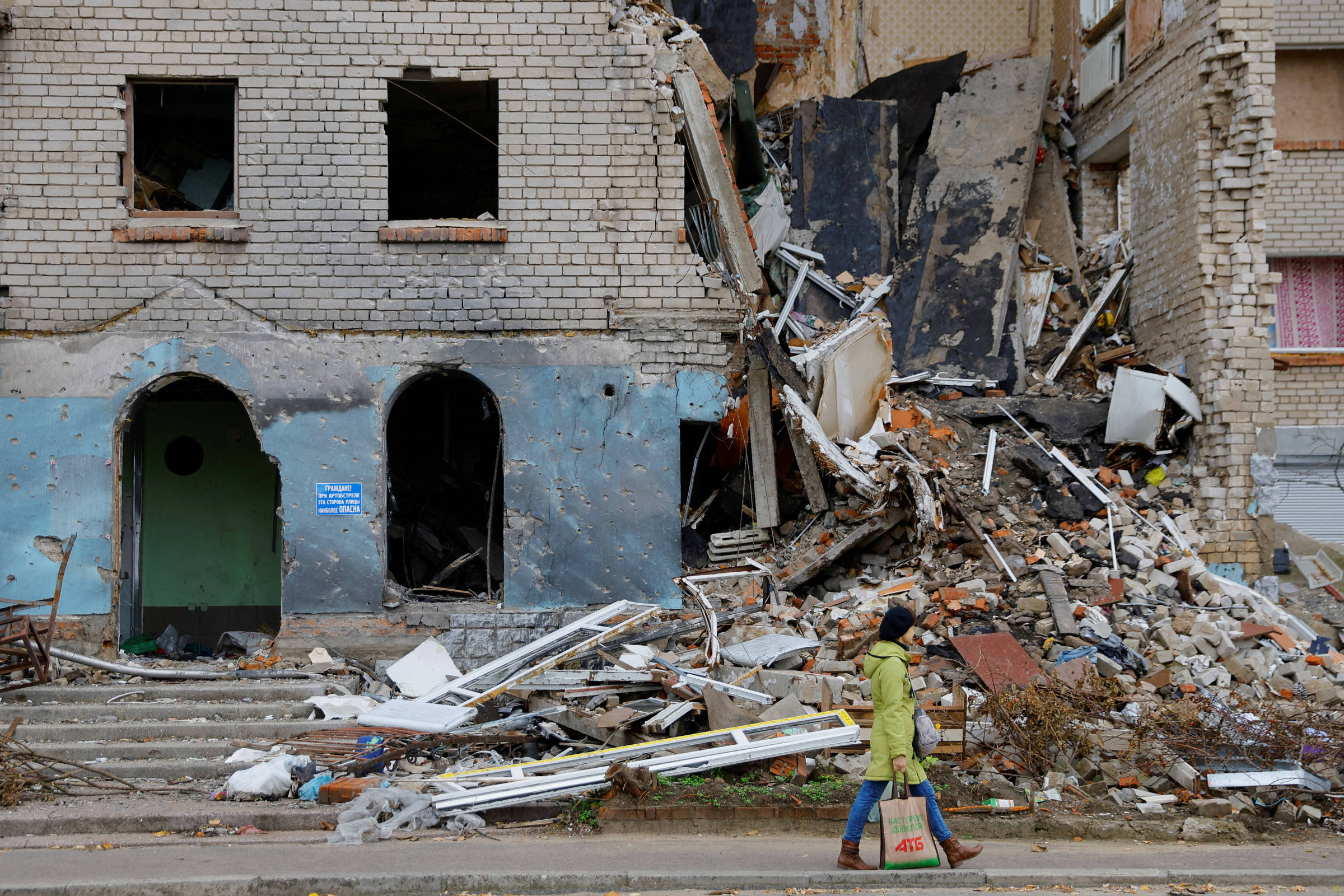 Butcha is the name of a Ukrainian village, close to the capital, Kiev, and which entered the remote history of the region by a peace treaty of 1617, between the Ottoman Empire and the Commonwealth of Poland and Lithuania. Well, the place has recently returned to history, this time for less honorable reasons.

Missiles fired by the Russians killed most of the residents. Next to the church, survivors found in the first weeks of the war a mass grave for 300 corpses. A nun, who took shelter in the basement of her convent, remembers, still in a state of shock, “hell” represented by the successive explosions of bombs launched by Vladimir Putin’s military.

The episode is in the documentary “Shelter, Innocents under Attack”, in which Brazilian filmmaker Gabriel Chaim recorded a collection of individual tragedies in Ukraine. The work will air on GloboNews this Sunday (11), at 11 pm, and will then be available on Globoplay.

Chaim’s gaze takes in two simultaneous targets. On the one hand, it exemplifies the bloody day-to-day life of a war in the 21st century with everyday characters; on the other hand, he builds unequivocal proof that Russia disregards international conventions and wreaks death and destruction on the civilian population.

It’s not just the Ukrainian army that Moscow’s military is fighting. They are also committed to destroying children, women and non-combatants in that Eastern European country.

The documentary does not engage in any unnecessary historical lectures. It brings, for example, an old Ukrainian who reports the loss of his home and the fact of not having a roof to sleep. His pain saturates the narrative of suffering with realism and sadness.

Then there is the elderly woman whose husband was arrested by a Russian patrol. The military searched his cell phone and believed they had found maps of military interest. For the citizen was tied up and thrown into a lake with a temperature close to freezing. The body reappeared only three days later.

A little over three year old boy looks at the camera and notices, scared: “A missile fell!” His mother holds him in her arms and says that the story did not end badly because local soldiers escorted the family to a shelter.

Incidentally, the shelters, which appear in the title of the documentary, are a recurrent urban equipment. During the Soviet period, when Russia and Ukraine preserved a political unity, the good shelter was always the one that protected from a nuclear attack. Today, the utility is different.

A hospital employee describes with some pride the armored doors of an underground enclosure that the former Soviet Union built to temporarily house dead civilians. It also shows a room where a dozen coffins leaning against a wall are waiting to be buried.

Death sometimes takes on an eschatological connotation. This is the case of a woman in her early 60s who describes the explosion of a bomb that killed and dismembered her mother’s body. She closes her eyes to revisit the scene with memory. Her daughter implies that she had to pour vodka on her deceased grandmother to contain the smell she exhaled.

Irpin was a Ukrainian town of 65,000 inhabitants. Today it has less than 4,000. People took refuge in other regions or on foreign soil after the bombings arrived. One of the remaining is 67 years old and did not leave to be close to her son, an officer in the Ukrainian army. Her daughter teaches in Belgium and insistently pressures her to move away from the country.

Chaim’s astute eye also led him to interview two women who had just given birth inside makeshift shelters in maternity wards. The two young mothers refer to the war and the exceptional conditions of their births as if they were secondary details. The important thing for them are the children that were born —the affection in which they are immersed is so immense that the affection they show is greater than the existing threat, out there, with the Russian military.

The documentary has tender moments, like the episode involving Serguei. He suffered the effects of Russian bombs in the city of Mariupol and decided to take refuge in Kiev, 600 kilometers away. But he didn’t travel alone; he took with him Darina, a dog that he adopted when she was a little girl.

As on the initial journey the drivers who would give him a ride did not allow the dog to board, Sergei covered the long beginning of the journey on foot. He was relieved when Darina managed to get on a refugee train with him. By the way, the documentary reveals that, due to the war, 1 million cats and dogs were abandoned in Ukraine. A German NGO managed to find a new home for 1,650 of these domestic animals.