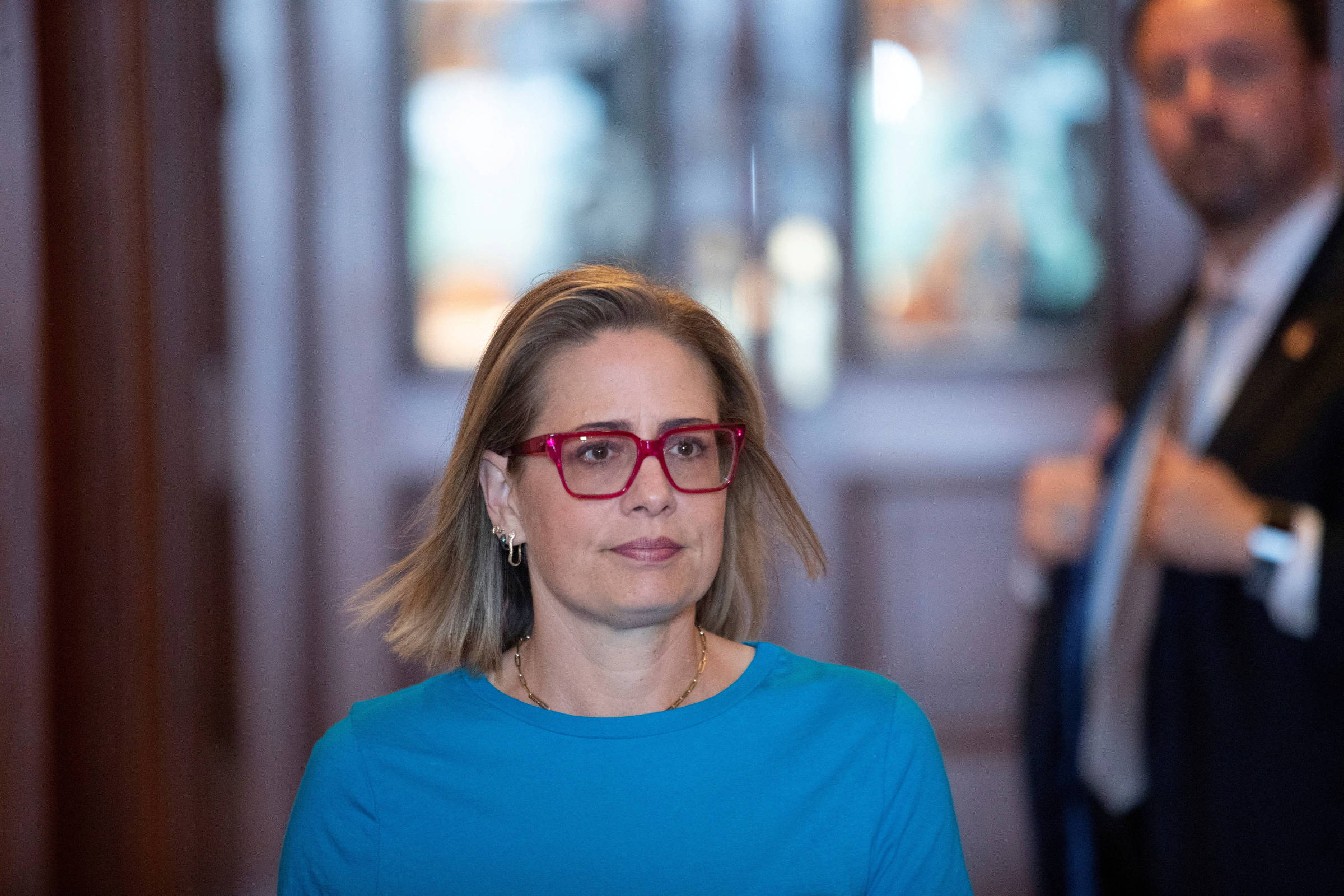 A US senator announced this Friday (9) that she is leaving the Democratic Party and that she will now be independent, that is, she will not be linked to any party, in a turnaround that could threaten the absolute majority that President Joe Biden’s group won. in the midterms.

Kyrsten Sinema, 46, a senator from Arizona, in the southwest of the country, more connected to the center, announced the change in the same week that the Democrats won the election in Georgia, which would guarantee 51 seats in the Senate from next year, a more than they have today.

With one more vote, the expectation was that the party would be more agile in passing projects on Biden’s agenda, without one or another dissent getting in the way of approving agendas, as happened a number of times with Senator Joe Manchin, the most legendary conservative.

There are already two independent senators in the US Senate, Bernie Sanders (Vermont) and Angus King (Maine), but, with progressive leanings, both vote with the Democrats and even participate regularly in a weekly party forum, which makes them count in the legend bullet.

It turns out that Sinema did not say whether he will follow the same line and will always vote with the Democrats, opening up a sea of ​​doubts about how the Senate will be next year. In an interview with the American portal Politico, she stated, on the other hand, that she will not automatically align with the Republicans and that she will maintain the ideological line of the last four years. She voted to impeach former President Donald Trump as well as to release aid during the Covid-19 pandemic and on climate agendas.

Close to both Republican and Democratic lawmakers, she has played a crucial role in bipartisan projects such as increasing gun control or passing gay marriage in the last week.

The White House reacted quickly. In a note this Friday morning, press secretary Karine Jean-Pierre stated that the senator was “a key partner in historic legislation” of the government, which understands that the change “will not affect the new Democratic majority in the Senate” and that it has “every reason to look forward to continuing to work successfully with her.”

The decision was first announced in a public article by the senator in the local newspaper Arizona Republic, in which she condemned the exaltation of spirits in party politics in the country. “When politicians are more focused on preventing an opposition party from winning than improving Americans’ lives, it’s ordinary Americans who lose,” she wrote.

“Neither party has shown much tolerance for diversity of thought. Bipartisan compromise is seen as a rarely acceptable last resort rather than the best way to achieve lasting progress. Revenge against the opposition party has replaced careful legislation.”

In an interview with CNN, he stated that he never tried to fit “exactly into the box of any party”. “Withdrawing my name from a party structure is not only honest with who I am and the way I work, I think it will give a sense of belonging to a lot of people across the state and country who are also tired of partisanship.”

Sinema began her political career in the Green Party, defending progressive agendas, especially the rights of the LGBTQIA+ community. She had been a member of the Democratic Party since 2004 and was first elected to the House of Representatives in 2012. After three terms as a deputy (which in the US are only two years), Sinema was elected in 2018 as a senator from Arizona, for a term of 6 years.

This means that she must run for election again in two years, in 2024, this time without the weight of the Democratic Party. Since the 1970s, the state has only chosen a Democrat to occupy the Presidency on two occasions: in the second election of Bill Clinton, in 1996, and in the election of Biden, in 2020. In the legislative elections of last month, however, the state re-elected a Democratic senator, Mark Kelly, and a governor of the same party, Katie Hobbs – this one with a tight margin, of 0.3% of the votes.

The last time a senator switched sides was in 2009, when Arlen Specter, of Pennsylvania, left the Republican Party, which had elected him since 1980, and went to the Democratic Party. In 2006, another senator had made the same move as Sinema did now. Joe Lieberman of Connecticut left the Democratic Party and registered as an independent.

Facebook
Twitter
Pinterest
WhatsApp
Previous article
Lula Government: the challenges of Fernando Haddad in charge of the Ministry of Finance
Next article
Legal prospects for reunification are seen by the British commission for the Parthenon Sculptures