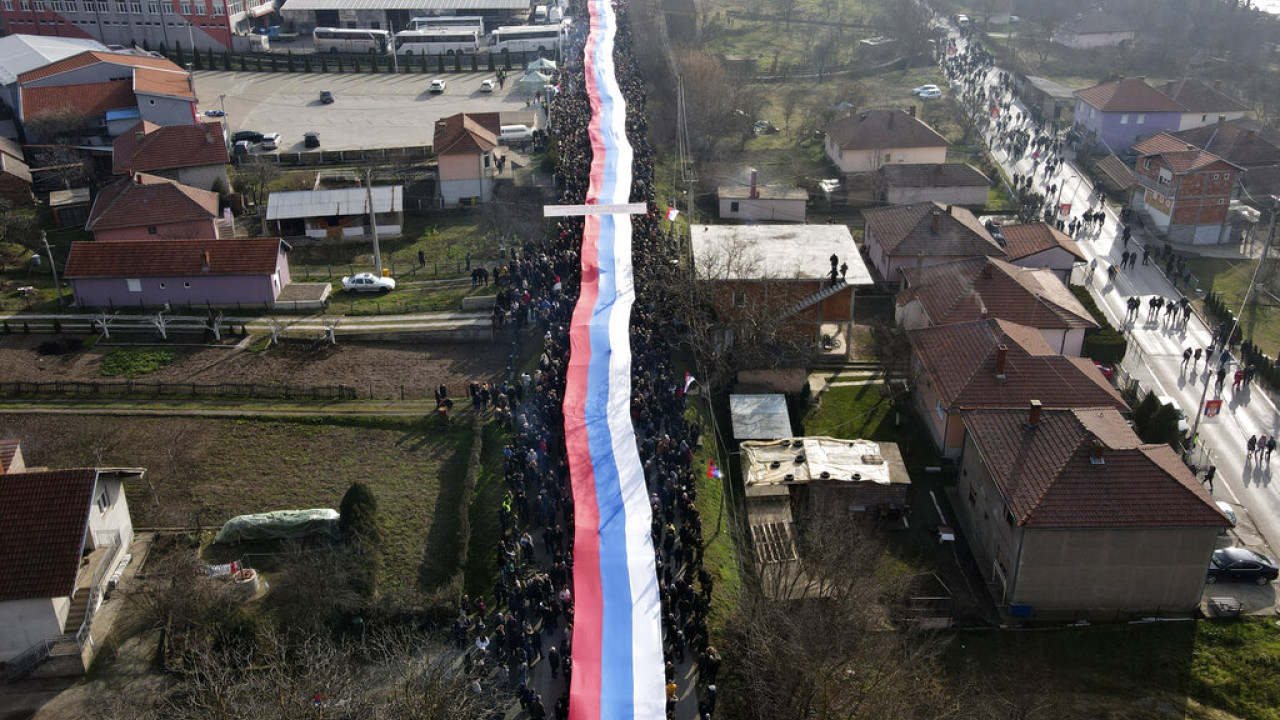 Serbia: The Chief of the General Staff of National Defense is in the administrative borders of Kosovo

The President of Serbia, Aleksandar Vucic, yesterday Sunday sent the Chief of the General Staff of the National Defense to the administrative borders of Kosovo, amid escalating tension in the region, as announced by General Milan Mojilovic himself.

In a phone call with Pink TV, General Mojilovic said he was heading to the town of Raska (about 10 km from the Kosovo border) after a meeting with President Vucic in Belgrade.

“The tasks undertaken by the Serbian army (…) are precise, very clear and will be fully implemented,” stressed General Mojilovic. “The situation is complicated and requires in the near future the presence of the Serbian army along the administrative borders,” he added.

Shortly before the Serbian general’s departure for Raska, Serbian media broadcast a video showing gunshots, claiming it was “battles” that broke out when Kosovar police tried to break up one of the barricades set up by Serb protesters.

Kosovo police denied the reports, stating on their Facebook page that their members were not involved in an incident of exchange of fire.

However, gunfire was reported by NATO near a patrol of the international peacekeeping force KFOR in the north of Kosovo, where Serb protesters have set up roadblocks aimed at preventing the deployment of a police force from Pristina in the deregulated area.

Facebook
Twitter
Pinterest
WhatsApp
Previous article
Britain: Surprise of the protagonists of “Frozen” to little Amelia from Ukraine – Watch the touching video
Next article
The war in Ukraine is already ten months old