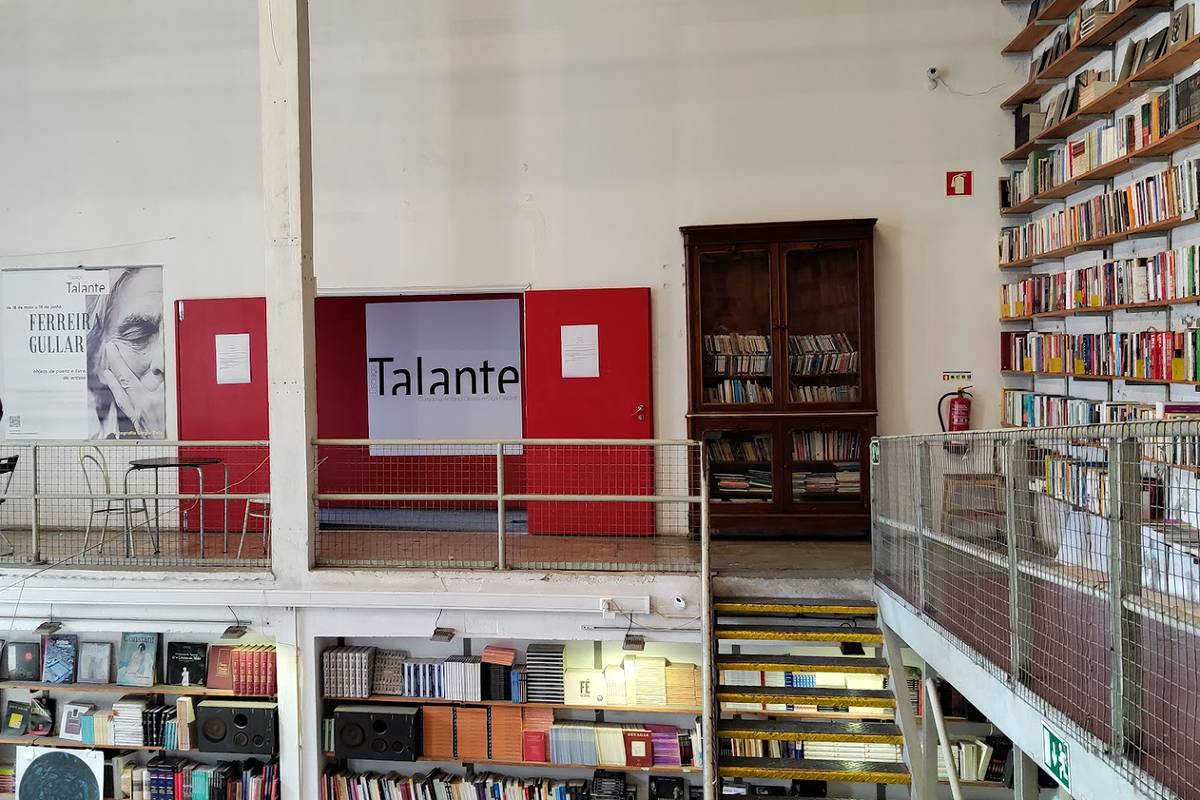 Mixture of cultural center, art gallery and space for music and performing arts, Espaço Talante has become point of Brazilian artists – and from other corners of the Portuguese-speaking world– in Lisbon.

The place takes advantage of Lisbon’s effervescent cultural scene, which has an increasingly frequent presence of people linked to the art world in Brazil. In recent years, several personalities of Brazilian culture have permanently settled in the city, while many others are always passing through on tours or vacation trips.

The project is led by and one of the curators is precisely an artist now based in Portugal: actor and director Antônio Grassi, who moved to Lisbon after leaving the presidency of the Inhotim Institute, in Brumadinho, at the end of 2021.

Known by the Brazilian public for his appearances in global soap operas and in several films –and more recently in the Netflix series “Bom dia, Verônica”–, Grassi is also a famous face in Portugal, thanks to the success and power of Brazil’s audiovisual sector in the country. .

Espaço Talante occupies part of the second floor of one of the most famous bookstores in the Portuguese capital, Ler de Devagar, located in the equally instagrammable LX Factory, a former factory converted into a complex of restaurants and shops.

“We thought of being a meeting point, mainly for Portuguese-speaking culture. We want to be a place where artists and creators can meet and, from there, generate different possibilities, be it exhibitions, gatherings, plays, concerts or the whatever comes from there”, explains Grassi.

Inaugurated in April 2022, the space has been promoting artistic encounters since its opening.

Shortly before performing at the Lisbon edition of Rock in Rio, Ney Matogrosso stopped by to attend an exhibition by Paulo Mendonça. Author of the song “Sangue Latino”, immortalized in the singer’s voice, Mendonça showed a lesser-known facet at Talante: that of an urban photographer.

Several other faces known to the Brazilian public, such as actress Mariana Ximenes, were also present at the exhibition.

One of the characteristics of the cultural space, by the way, is a certain attempt to present different aspects to already known artists. The opening exhibition, for example, exposed the incursions of the poet Ferreira Gullar into the plastic arts as well.

A regular presence at the house, the Angolan writer José Eduardo Agualusa also had a photographic exhibition on display at Talante.

Currently, the space has on display “Ocupação Márcia Tiburi”, with works produced by the philosopher, writer and political activist from Rio Grande do Sul.