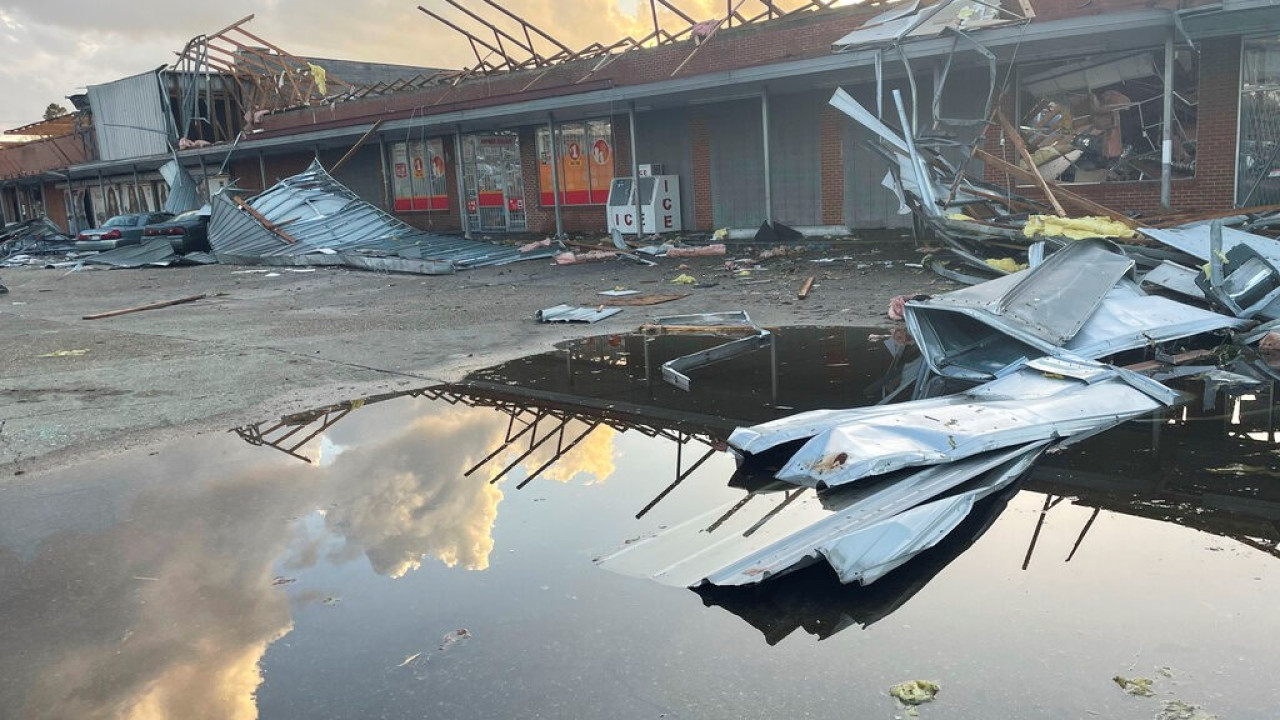 The Monterey Peninsula may become an island while the entire city of Salinas (population 160,000) is at risk of flooding

Central California is at risk of “catastrophic flooding” this weekend, forecasters warn, as the eighth storm in a row makes landfall in the saturated state, which is unable to absorb the waters of new rainfall.

The most populous state of the USA has been hit for three weeks by precipitation that reaches historical records.

The authorities have spoken of floods, landslides, falling trees and extensive power outages due to the weather, while they officially count at least 19 dead.

The new system has begun to hit California, and authorities in the central part of the state are especially worried. According to forecasts, the Monterey Peninsula may find itself cut off from the rest of California due to rising waters, while the entire city of Salinas (population 160,000) is at risk of flooding.

“The entire lower elevation portion of the Salina Valley will experience catastrophic flooding,” the US National Weather Service (NWS) warned.

“The entire city of Salinas is at risk of flooding. Most of Castroville will be flooded. All roads near the Salinas River will be flooded and impassable,” while more than 360,000 acres of crops are expected to be under water, he added.

The Salinas River, already swollen after weeks of rain, was expected to reach its maximum height last night (local time; this morning Greek time), overflowing and causing flooding that could last until Sunday.

Kelly O’Connell, a resident of the affected area, said she was scared after the levee broke near her home.

“If the dams overflow or if it rains again, we’re only a field away,” she explained to the San Francisco Chronicle, as she tried to protect her home by stacking sandbags.

Evacuation orders have been issued in many parts of the state as the Monterey Peninsula could be cut off from the rest of the state and roads could be flooded.

“The Monterey Peninsula could become an island” due to flooding, Sheriff Tina Nieto warned, urging residents to prepare to avoid the risk of being trapped.

John Guru, a local resident, decided not to take any chances. He packed four days of supplies in his house and two days in his car, in case he was stranded on the road.

“I don’t know how serious the situation can get,” Mr. Guru explained to the Monterey Herald newspaper.

A series of storms have hit California in recent weeks. However, the fact that the bad weather lasted for short periods of time gave authorities — barely — time to clear roads and other areas before the next wave of weather followed.

Hundreds of thousands of homes and businesses were left without power during the back-to-back storms.

And the state has not left its problems behind, meteorologists emphasize. “Unsettled weather conditions across the west (…) will unfortunately continue into the weekend with two more heavy showers,” the NWS warned.