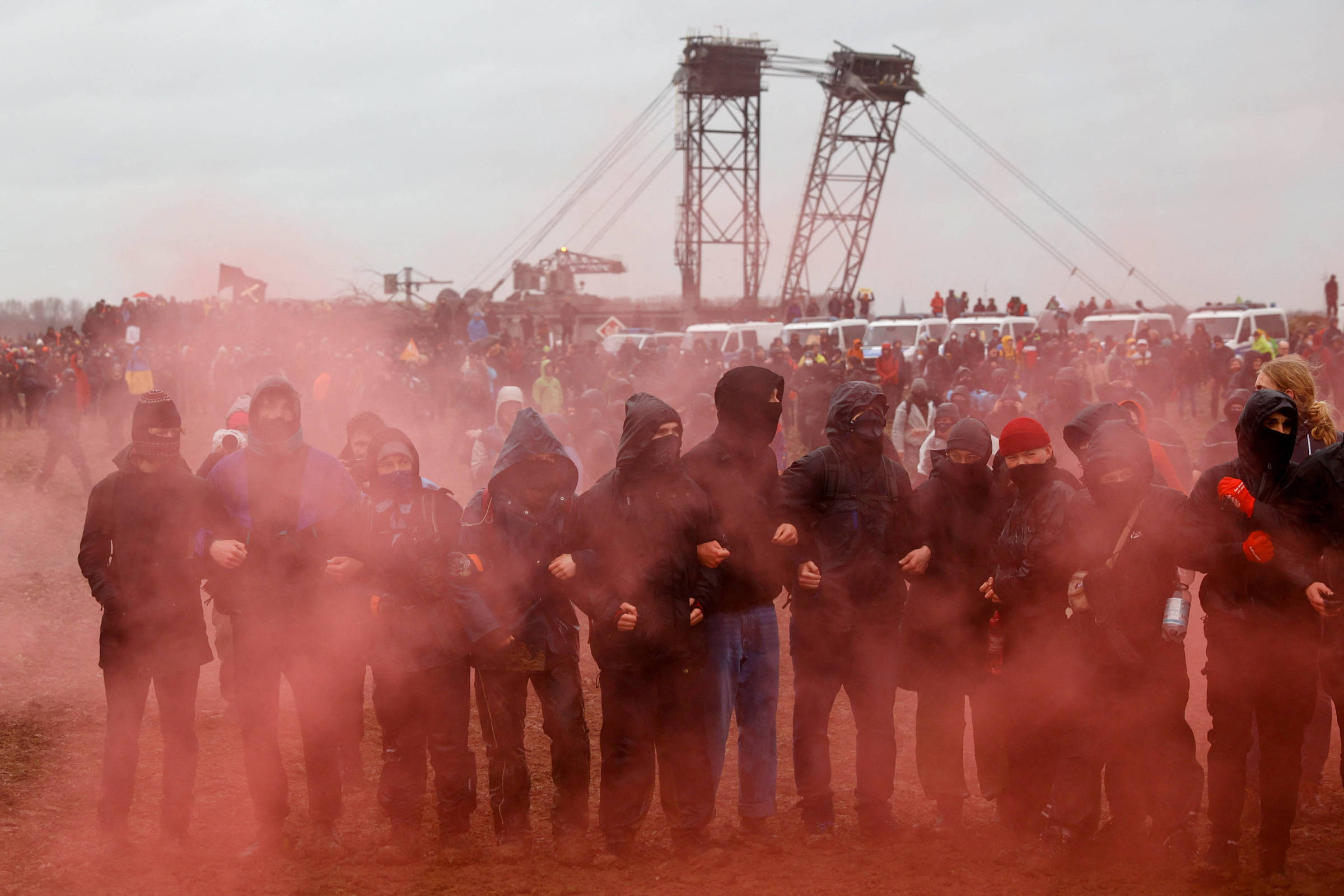 Environmentalist protest with Greta Thunberg ends in confrontation in Germany

Police and protesters clashed this Saturday (14), during a protest that was attended by environmental activist Greta Thunberg, against the expansion of an open-pit coal mine in Lützerath, in western Germany.

At the demonstration, which brought together about 35,000 people, according to organizers, hundreds of militants tried to enter restricted areas of a lignite mine, security forces said.

The police even commented on Twitter asking people to leave the area immediately.

Journalists from the AFP agency even witnessed clashes between groups of demonstrators and police, against whom flares and other artifacts were thrown. The media reported that stones were thrown.

In the televised images, a line of agents with reinforced equipment like helmets and shields protected the banks of a deep moat which the activists were approaching.

The security forces also protected access to the municipality of Lützerath, blocked by bars and occupied by dozens of activists who have been removed by the police since the beginning of the demonstrations.

The protest was organized in support of activists occupying the abandoned site and was symbolically led by Thunberg.

The criticized plan calls for the section located in the Rhine river basin between Düsseldorf and Cologne to be removed so that the lignite mine operated by the German energy company RWE can be expanded.

“It’s a disgrace that the German government has entered into agreements and commitments with companies like RWE,” Thunberg declared from a podium.

“The coal of Lützerath must remain in the ground”, he proclaimed before the demonstrators, calling for the climate not to be sacrificed at the expense of “short-term growth and corporate greed”.

Security forces resumed clearing the camp early Saturday morning. Until Friday night (13), between 20 and 40 activists remained at the site, a spokesman for the movement told AFP.

The operation, which has lasted several days, mobilized military reinforcements from all over Germany and so far 470 protesters have left the site, according to the German press.

The movement was supported by other protests across the country. On Friday, masked activists set fire to shipping containers and painted slogans at the offices of the German party The Greens in Berlin.

The political group, which is part of a coalition with Chancellor Olaf Scholz’s Social Democrats and the Liberal Democratic Party, is the target of harsh criticism from some activists who accuse it of treason for having signed an agreement with RWE that allows exploitation in Lützerath, where inhabitants were expropriated many years ago.

The German Executive Power considers the extension of the mine necessary to guarantee Germany’s energy security, compensating for the interruption of the Russian gas supply, a reason that the protesters reject, claiming that the current reserves of lignite are sufficient.

Facebook
Twitter
Pinterest
WhatsApp
Previous article
Reactions are increasing in Washington about Turkey – Why Biden wants to give the F-16s
Next article
BBB 23: Mother of Domitila Barros says that her daughter asked for a place in the program for Boninho