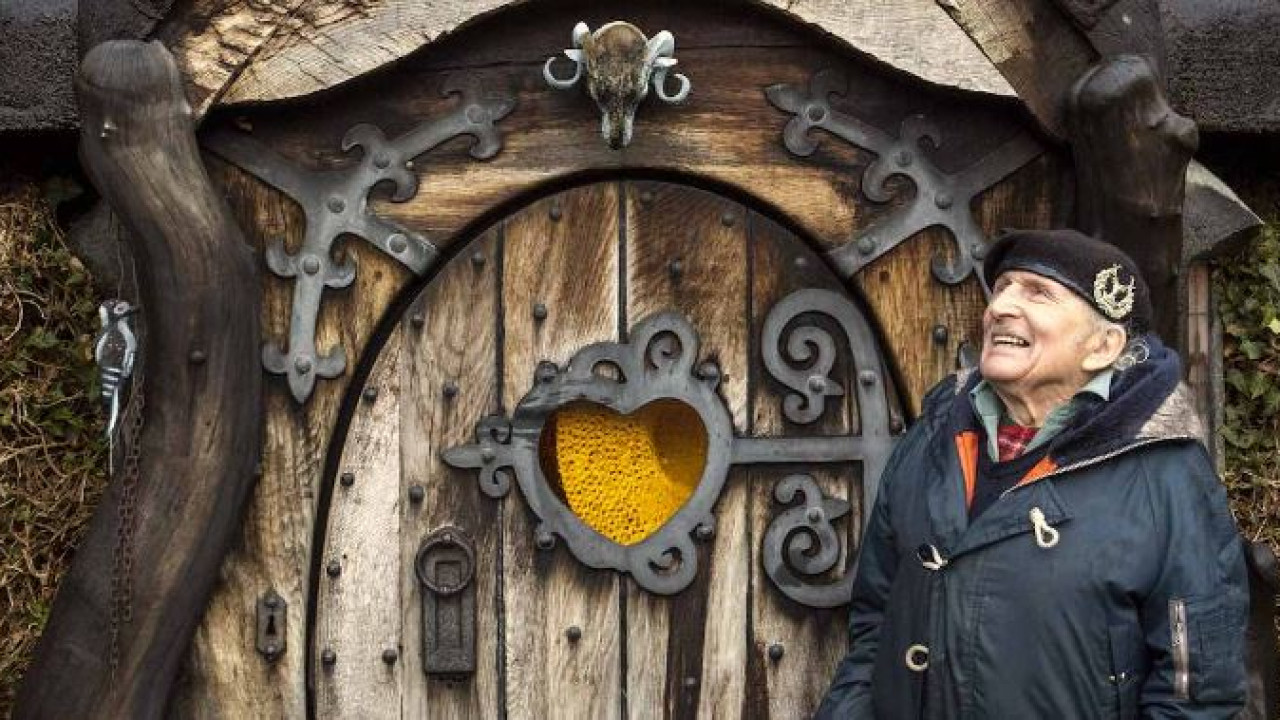 “The house is made from used items from other houses that I collected. Little of it is new,” said Stuart Grant

A 90 years old woodcutter built his own ‘Hobbit’ house without ever watching ‘The Lord of the Rings’ in Tomitch, Scotland.

The building dates from 1800but the 90-year-old Stuart Grant he only discovered it in 1984, where it was without a roof and doors. During his attempt to repair it, he discovered the beauties it hid and decided to make it his home.

Stuart doesn’t have a mobile phone, doesn’t use the internet and no longer drives due to his age, but he likes to get out and meet people.

“I haven’t watched Lord of the Rings,” said Grant, who worked as a carpenter for decades. “It’s just a coincidence that my front door is almost the same shape and kind of wood.”

“The house is made from used items from other houses that I collected. Few of these things are new.”

“I’ve always had a glutton for the scenic beauty, the pretty houses and thatched cottages in England,” Grant said. “I cut the wood myself from fallen trees and collected stones from the river for stonework. I put the stairs inside. Several years passed, I never counted them. I just loved it so much that I did it.”

His house has become so famous that it now receives visits from tourists. As the tourists began to arrive, they apologized for bothering him, telling him that the right thing to do would be to have a collection box so that he too could profit from the visits. Stewart agreed and has so far raised over £5,000.

Facebook
Twitter
Pinterest
WhatsApp
Previous article
Lula’s government can provide predictability, and markets are calm, says André Esteves
Next article
Economou for Tsipras: Black bags with euros and A2 are a democratic diversion