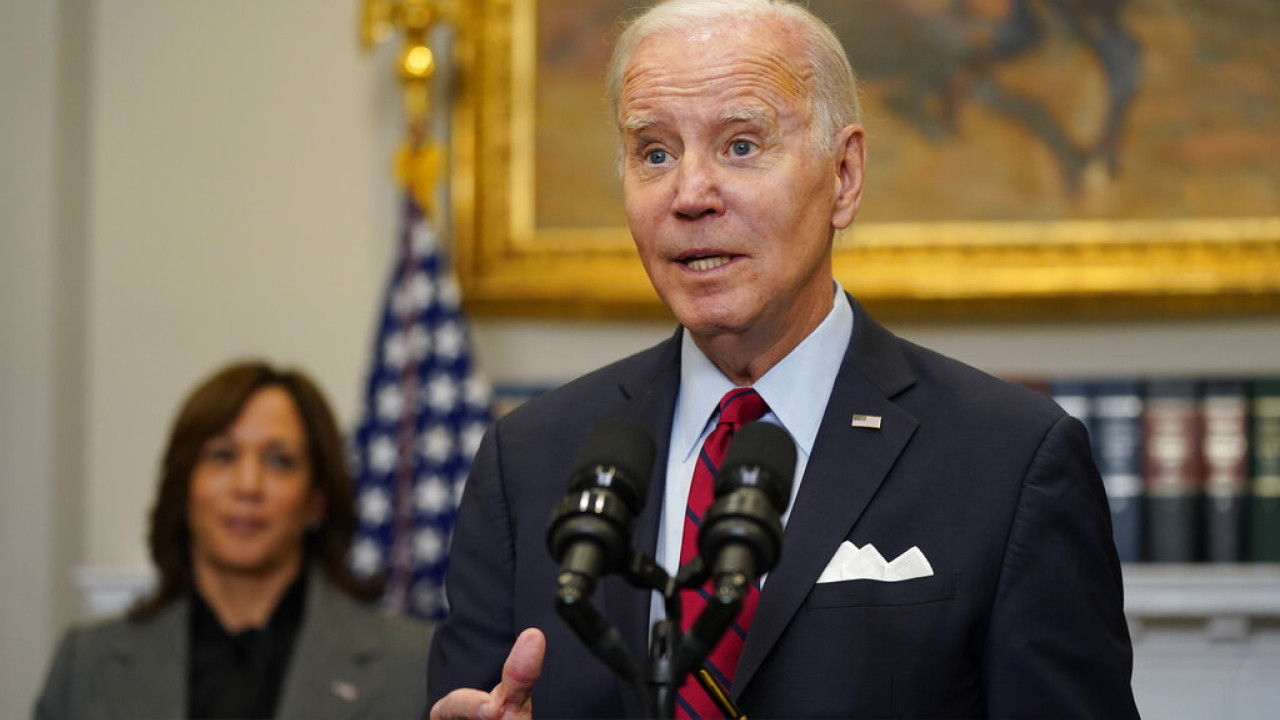 Biden: Downplays classified documents case – ‘It was nothing’

“I think you’ll find it’s nothing. I don’t regret anything. I did what my lawyers told me to do. That’s exactly what I did,” he said, adding that he cooperates “fully” with the justice system.

US President Joe Biden has tried to play down the case of confidential and classified documents from the time he was the country’s vice president, which were found in the wrong places, at a study center and at his family home, saying “it’s nothing”.

“Listen, we found some documents (…) that were classified in places they shouldn’t have been, we immediately turned them over to the (National) Archives and the Department of Justice,” the US president said during a visit to California, a state that has been hit by a series of devastating storms and floods that have killed dozens in recent weeks, answering a journalist’s question.

“I think you’ll find it’s nothing. I don’t regret anything. I did what my lawyers told me to do. That’s exactly what I did,” he insisted, adding that he cooperates “fully” with justice.

However, before answering, the head of state did not hide his displeasure. “Listen, I’ll answer your question, but the point is this. You know, what honestly bothers me is that we have a very serious problem that we are discussing over here (…). The American people don’t quite understand why you’re asking me about this.”

The issue of classified documents is particularly sensitive for Mr. Biden, especially at this juncture as he prepares to announce whether he will run for president again in 2024, as well as for Democrats as a whole.

Attorney General Merrick Garland last week appointed a special prosecutor to investigate the matter after documents were found at his home in Wilmington, Delaware, and at an office in Washington he used before he became president, apparently to avoid giving the impression of “two meters of both stations”.

Democrats did not miss an opportunity to sharply criticize former President Donald Trump, who is under investigation because the Republican took boxes full of classified documents with him when leaving the White House in 2021. The case of these documents had caused a huge uproar .

As for the current president, the first classified documents were found on Nov. 2 at the Penn Biden Center, a Washington think tank where Joe Biden once had an office, and in December at his home in Wilmington — some in the garage.

The Republican opposition complains that the information about the documents is done by the dropper. Benefiting from the slight majority it now has in the House of Representatives, it began a parliamentary investigation.

A 1978 law required all US presidents and vice presidents to turn over to the National Archives working papers in their possession, as well as letters, emails and other materials.

Facebook
Twitter
Pinterest
WhatsApp
Previous article
Shock with the new case of a fake doctor: He extorted thousands of euros for the alleged treatments – Five patients dead
Next article
Thesprotia: Damage to homes and businesses in Paramythia from the passage of a tornado