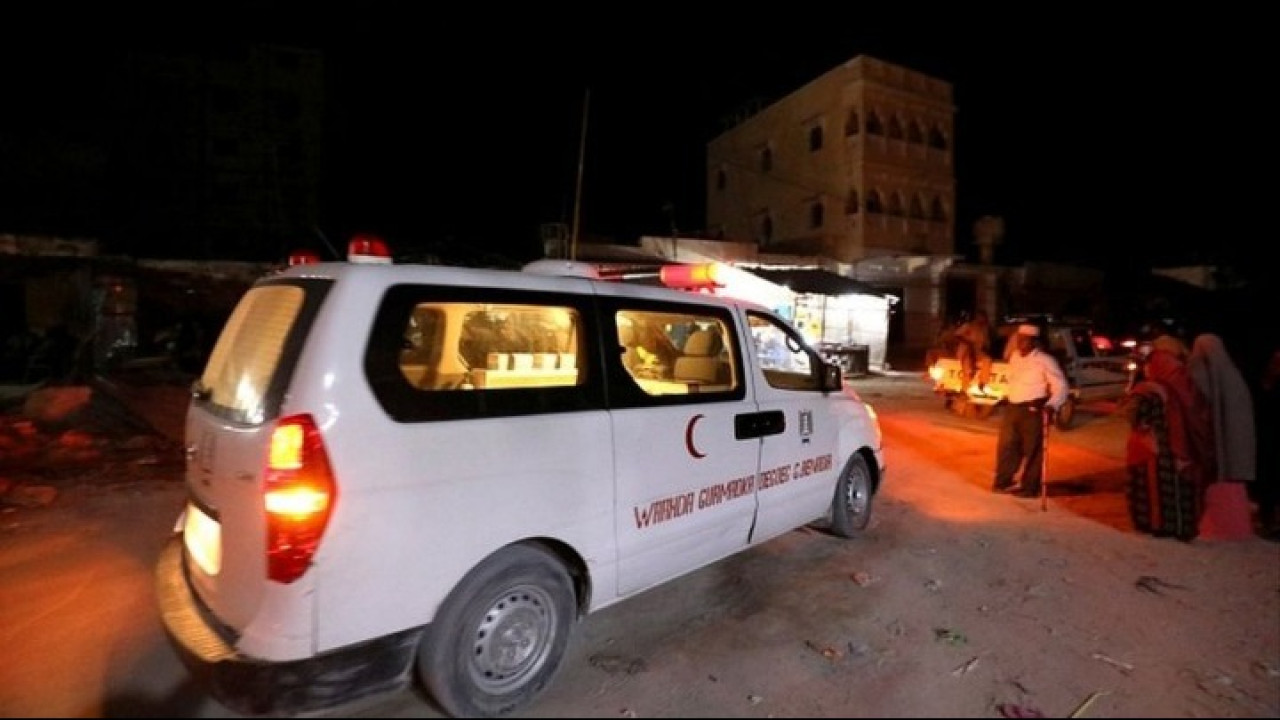 Somalia: At least 6 dead in an attack on the office of the mayor of Mogadishu

A suicide bomber detonated the explosives he had belted, damaging buildings near the office complex, before a firefight broke out, said Sadiq Dubise, a Somali police spokesman, referring to the attack that lasted about four hours.

At least six civilians were killed on Sunday in an attack by al-Shabaab jihadists on municipal offices in the Somali capital, Mogadishu, police said.

A suicide bomber detonated the explosives he had belted, damaging buildings near the office complex, before a firefight broke out, said Sadiq Dubise, a Somali police spokesman, referring to the attack that lasted about four hours.

“All six perpetrators of the attack are dead. Five were killed in the exchange of fire with the security forces, the sixth was blown up,” Mr Dubisse told the press. “Six civilians were also killed during the attack,” he added, assuring that “the situation has been normalized.”

All the staff of the municipality offices were rescued, according to the police.

Abdiqadir Abdirahman, director of the ambulance service, gave a heavier toll on the civilian ranks, citing eight dead and 16 wounded.

Al-Qaeda-linked al-Shabaab claimed responsibility for the attack at the end of a week marked by bloody attacks by the insurgents in Somalia.

The neighborhood was quickly cordoned off by security forces, according to an eyewitness, a shopkeeper near the location that was the target.

Another eyewitness, who was in a nearby shopping center when the explosion occurred, described it as fortunate that he was able to escape “unharmed”.

Shebab reported that its fighters were able to “open a passage to the interior of the building after killing the guards.”

The group has been waging a guerrilla war since 2006 to topple the fragile federal government, which is backed by the international community. It is launching bloody attacks in Somalia itself and in neighboring states.

On Friday, seven soldiers were killed in a jihadist attack on a base in Galkand, a city in the central part of the country recently retaken by government and pro-government forces. The joint command of the US military in charge of Africa (USAFRICOM) clarified in a press release published last Saturday that the attack was carried out by about a hundred members of Shebab, of whom “about thirty” were killed.

On Tuesday, members of the jihadist group launched another attack on a camp, this time in Howadlei, some 60 kilometers north of Mogadishu, killing 11 soldiers.

A day earlier, the Somali army announced that it had recaptured, without a fight, the strategic port city of Haradere, about 500 kilometers north of Mogadishu, in the hands of Shebab since 2010. The government called it a “historic victory”. .

In recent months, the army and paramilitary tribal groups have retaken large swathes of land in the central part of the country as part of a large-scale operation backed by US airstrikes and the African Union military mission.

But the insurgents have retaliated with frequent bloody attacks, underscoring that they retain the ability to strike in the heart of Somali cities and military installations despite being under attack.

Although the jihadists were driven in 2011-2012 from the country’s main cities — including the capital Mogadishu — they remain entrenched in vast areas in the provinces, especially in central and southern sectors of the state of about 16 million people.

The deadliest Shebab attack since the government and pro-government forces began operations took place on October 29, when two vehicles rigged with explosives detonated minutes after each other a short distance from the Ministry of Education in Mogadishu, killing one at least 121 people and 333 others injured.

The organization has also recently been attacking across the border, in eastern sectors of Kenya, a country that contributes forces to the African Union mission in Somalia, committing murderous acts, albeit on a small scale.

Facebook
Twitter
Pinterest
WhatsApp
Previous article
Opinion – From Grain to Grain: Learn to calculate the plan for your financial independence
Next article
Beyoncé performs in Dubai and receives a millionaire fee