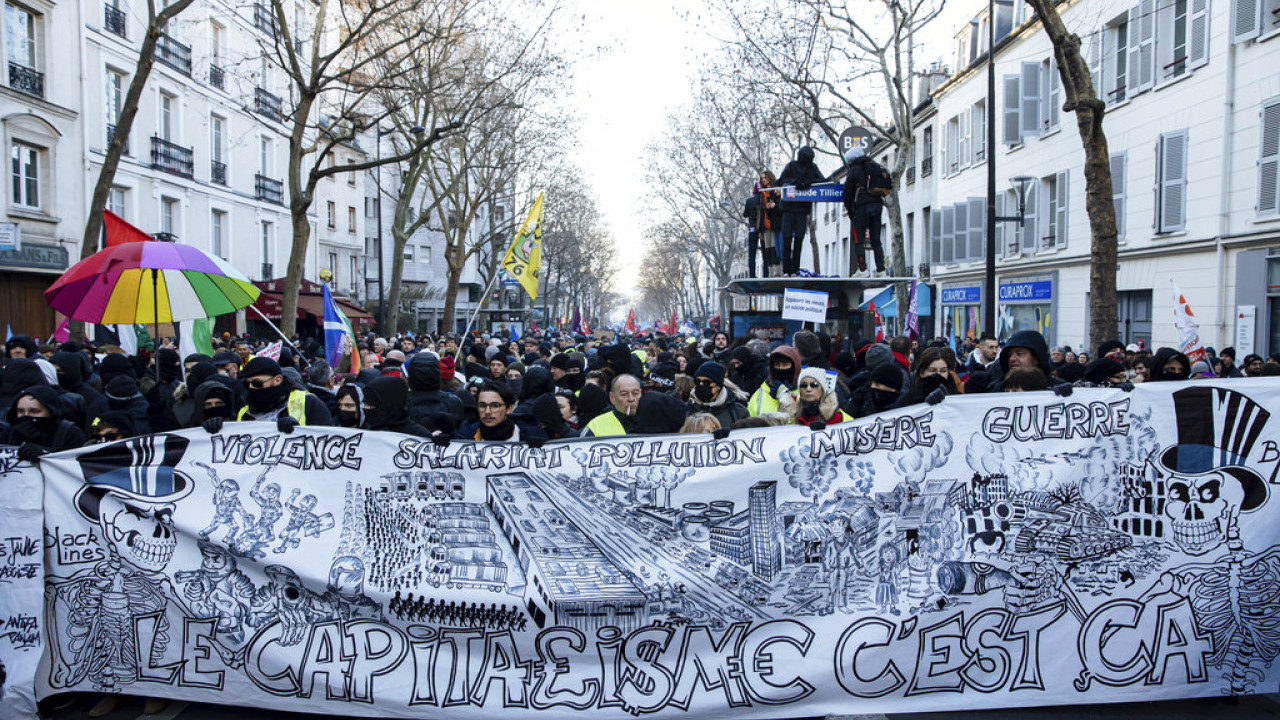 After the cabinet meeting, Labor Minister Olivier Dussot ruled out withdrawing the main change, raising the retirement age to 64.

Council of the Ministers approved today the controversial reform of the pension systemexpressing his will to fully implement it, without giving in to the main demands of the unions, which for their part intend to intensify their mobilization against this plan of President Emmanuel Macron.

After the cabinet meeting, Labor Minister Olivier Dussot ruled out withdrawing the main change, raising the retirement age to 64. “Backing off at this point would mean giving up trying to balance the system,” he said.

THE raising the retirement age by two years, from 62 to 64, is already unanimously rejected by the unions, by most opposition parties and, according to opinion polls, by the majority of French citizens.

After the first day of strikes and demonstrations last Thursday, where 2 million people took to the streets to protest, and ahead of the next strike on January 31, Macron and his government are reiterating their goal, which is to discuss the bill in parliament and put into effect this summer. The president even said on Sunday that he has already made concessions compared to his original proposal that originally called for retirement at 65. He appeared more absolute, however: “the needs” are “known” and “I think now, we have to move forward.”

His ministers are quick to assure that they are ready for “dialogue” to “enrich” the bill, but only at its margins.

“Any time an amendment will allow us to improve the text without renouncing the goal of balancing by 2030, nor the principles of the reform, we are obviously open” to discuss, Dussot said today, at the presentation, in very technical terms , of the sentence.

All parties, with the exception of the traditional right, the Republicans, insist on withdrawing the measures in their entirety. France Insubordinate (radical left) promised to “resolutely resist” while the far-right National Alarm proposed a “referendum”.

The unions, for their part, hope that they will expand their mobilizations. “We hope that we will be heard even louder on January 31,” said the general secretary of the CGT, Philippe Martínez, underlining that “until then, every day, there will be initiatives in businesses, in shops.”

Energy sector unionists plan to use every method at their disposal to oppose the reform, from giving free power to some customers to cutting production. In Marseille, for example, the local union intends to reduce the electricity bills of those businesses – for example, bakeries – which recently, due to the increase in the cost of energy, have been asked to pay high amounts.

Some of these “Robin of the Woods” trade unionist actions may involve schools and hospitals, said Fabrice Couture, the federal secretary of the FNME-CGT (National Federation of Mines and Energy).