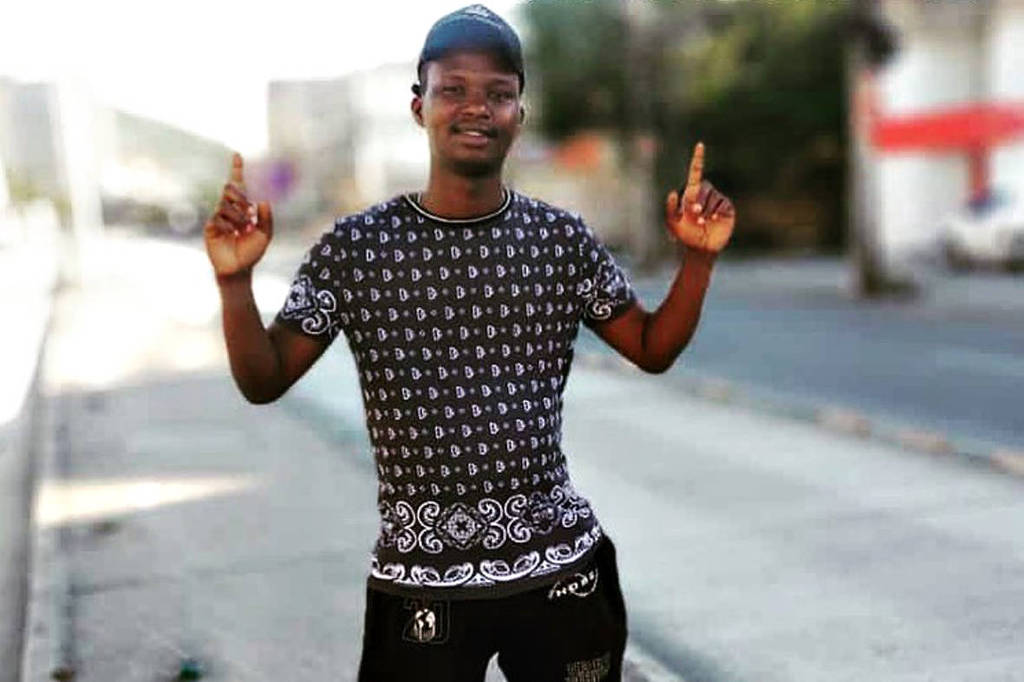 ‘Moisés Negro’ has similarities with the Brazil where Moïse was killed

There are few similarities between Moisés Negro, in Alain Mabanckou’s novel, and Moïse Kabagambe, murdered in Rio de Janeiro, in a case that provoked an immense and understandable commotion.

Both originate from two countries called Congo. The fictional character came from Congo Brazzaville, or Republic of Congo, which for a period was called Zaire. Congolese refugee killed by lynching from the Democratic Republic of Congo.

The strange thing, however, is that the two characters go through a long process of searching. Moïse took refuge in Brazil to escape the violence of a civil conflict. Moisés Negro is a rebel who, outraged by perfidious leaders, murders one of them and ends up in a penitentiary built in the city of Loango, in the very same place where an orphanage where he was one of the residents used to be.

But from now on, let’s just talk about Black Moses. He didn’t have that first name when, at the age of 13, he attended the catechism classes of a Catholic priest who was very dear to teenagers and who was known as Papa Moupelo. It was the priest who said of our hero, in the Lingala language, that “we give thanks to God, because Black Moses was born in the land of the ancestors.”

It is clear that the young man sought to draw a parallel between the nickname given by the priest and the biblical character who led the Hebrews away from the slavery to which they were subjected by the Egyptians. But before he could satisfy his curiosity, Papa Moupelo disappeared, probably murdered with the complicity of the orphanage’s director, who was called Dieudonné Ngoulmoumako.

He was a strange character, who lived surrounded by flatterers who used whips to appease the dormitories of the little orphans. Mabanckou describes Dieudonné as a stereotype and who indulged in grimaces somewhat similar to those of the fascist dictator Benito Mussolini. It is also a way of understanding that the novel, in order to deepen its visibility, does not hesitate to walk around the cliché. The director of the reformatory is an opposite version of the Catholic priest who deeply pleased the children.

Without the priest and with Dieudonné, two unique episodes are about to occur. The director is preceded by the delivery of a mysterious crate filled with red hauls. And the director himself takes charge of announcing, with solemnity, that the country has just adopted nothing less than “scientific socialism”.

Things are ready to go wrong. In the case of Moisés Negro, it is the inexorable path to moral and economic marginality. A curiosity. When published in 2015, the novel bore the French title “Le Petit Piment” (the little pepper). This is the nickname with which our character goes around to sleep on the premises of a market — but you have to wake up at 4 am, because shopkeepers will be arriving to accompany the delivery of goods — or to commit small and large crimes — stealing tires or bicycles. motorcycles or picking up white people’s wallets.

The society through which Pimentinha and its friends from the fringes travel has similarities with Brazil, in that not all the gears work, and civic virtues are confused with low moralism — such as the spiritual improvement of the Congolese through physical elimination. of the prostitutes. In this set of operations, the novelist himself gains stature.

He makes extensive use of another resource that is also commonplace among Brazilians: that of transforming the motor vehicle that belongs to a certain person into his own name. This is how, for example, a certain cafetina is known as the Fiat 500.

Alain Mabanckou has a simple way of constructing sentences capable of providing very complex fictional material. There is no longer, in his generation of writers, the project of imitating trends of the old European metropolises or living with models of romance that do not bring extreme originality.

Finally, he shows himself to the public with the graphic luxury and neat editing of one of the most successful Brazilian editorial experiences, that of Editora Tag, from Porto Alegre. Knowing Mabanckou through her is, graphically and literarily, very pleasant.