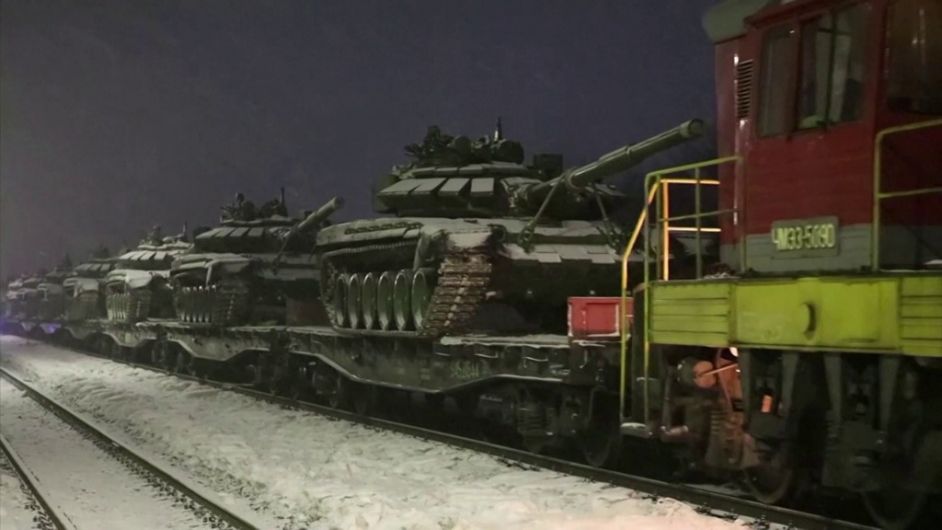 Propaganda war is well under way: New photos from Moscow “with tanks returning to base”

The war is going well of propaganda in the Ukrainian, with Moscow on Friday publishing new photos with tanks allegedly returning to their bases. In particular, the Russian Ministry of Defense released photos that, it claims, show tanks being transported back to their bases after the exercises.

It was not immediately clear where the tanks started, but they were supposed to be returning to their base in the Nizhny Novgorod region, east of Moscow.

However, while Russia insists it is withdrawing troops from the border with Ukraine, Western services are directly disputing that information.

Russia also announced today that it will be held on Saturday under the leadership of Vladimir Putin. exercises of the Russian strategic forceswith the launch of ballistic missiles and cruise missiles, in the midst of the crisis between Moscow and the West over Ukraine.

The Ukrainian army and pro-Russian separatists blamed each other for new bombings in eastern Ukraine on Friday, sparking a resurgence of violence amid fears of attacks by Russian forces, but Ukrainian Defense Minister The country’s authorities estimate that the possibility of a major escalation of the conflict with Russia is low.

“Everything is possible” As for what will happen next on the border of Ukraine, French Foreign Minister Jean-Yves Le Drian clarified today, Friday.

Opportunity to de-escalate the Ukrainian in the coming hours. Russian Defense Minister Sergei Shoigu will have a telephone conversation with his American counterpart Lloyd Austin on Friday, the Russian Ministry of Defense announced.

US Secretary of State Anthony Blinken will meet on neutral ground with his Russian counterpart Sergei Lavrov later next week, provided Russia does not invade Ukraine until then, he said on Thursday. the State Department.