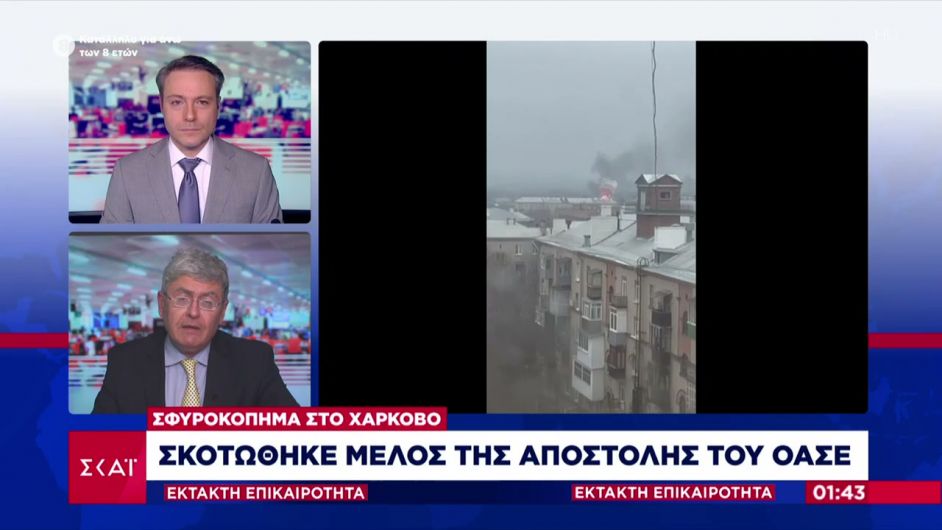 The Organization for Security and Co-operation in Europe (OSCE) announced on Sunday night that the removal of foreign members from its mission in Ukraine, which was tasked with overseeing the implementation of the Minsk peace agreements, was “almost complete”.

“The process of temporarily evacuating all foreign members of the mission is almost complete. “The last members of the group – the chief observer and senior officials – are now preparing to leave Ukraine,” the OSCE said in a press release.

Earlier last week, many of the 500 or so members of the observer team were still trapped in war-torn cities, particularly in Kharkiv and Kherson.

Some observers remain to move away from the eastern regions of Lugansk and Danieck, where the situation is – comparatively – less dangerous, according to the agency.

The OSCE also said it had received information that the headquarters of its mission in Mariupol “suffered damage due to bombings” yesterday Sunday.

In late February, the institution decided to temporarily suspend its mission due to the Russian invasion of Ukraine, and to remove its unarmed members from the country. At least one member of the mission, a Ukrainian national, was killed last Tuesday in Kharkiv as she tried to make supplies for her family.