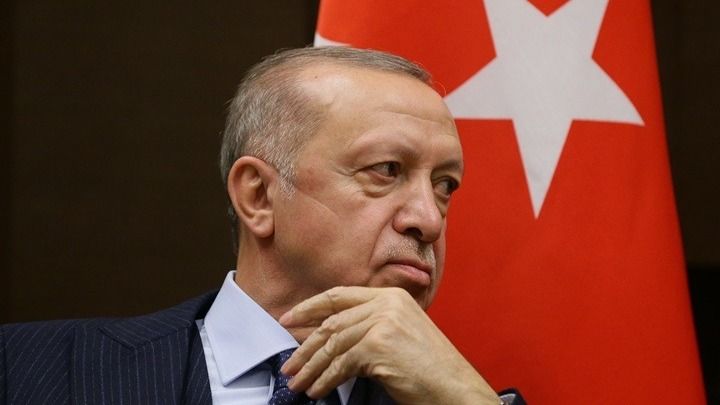 Turkish President Recep Tayyip Erdogan, who has backed down from threatening to expel ten Western ambassadors, including the United States, said Wednesday he hopes to meet with US President Joe Biden next week in Glasgow.

Relations between the two countries and the two heads of state remain strained, in particular because of Ankara’s purchase of a Russian weapons system despite belonging to the Atlantic Alliance.

“It looks like we will meet in Glasgow rather than Rome,” Erdogan told the Turkish press as he returned by air from Azerbaijan.

The Turkish head of state is preparing to attend two major international meetings at the end of the week, the summit of the 20 most industrialized countries in the world (G20) starting on Saturday in Rome, followed by the United Nations summit on climate change (COP26 ) from Sunday in Glasgow, Scotland.

“The program in Rome and Glasgow seems to have changed,” said the Turkish president, who had planned to have a bilateral meeting with the White House resident on the sidelines of the G20.

The two leaders met in person in June, on the sidelines of NATO’s annual summit. By the way, Mr. Biden did not receive Mr. Erdogan, as he had hoped, in September, when he attended the UN General Assembly in New York.

The Turkish president on Monday canceled the expulsion of ten Western ambassadors he had ordered – from the United States, Canada, France, Germany, Finland, Denmark, the Netherlands, Norway, Sweden and New Zealand.

The ten diplomats publicly intervened on October 18 in favor of mystic and businessman Osman Kavala, who has been imprisoned for four years without being convicted, calling for a “fair and speedy settlement” of the case.

It was an “indecent” initiative, a “huge insult”, according to the head of the Turkish state.

Mr Erdogan reversed the decision following a statement from the US embassy, ​​which was reproduced virtually unchanged by the other protagonists, in which he vowed to abide by the terms of the Vienna Convention, which governs diplomatic relations and prohibits interference in the internal affairs of others.

“The first announcement was made by the United States. “This case is over,” he confirmed yesterday, Wednesday.

For many observers, however, it was mainly a “distraction” attempt, as Turkey remained gripped by a severe economic crisis, with inflation reaching 20% ​​and the Turkish currency losing another 25% of its value against the US dollar. from the beginning of the year.

Ankara’s dispute with Washington over the Russian S-400 anti-aircraft system and the consequent cancellation of the contract for the purchase of US F-35 fighter jets from Turkey ($ 1.4 billion) remains unresolved.

Mr. Erdogan hopes that instead of the F-35s, the United States will sell to Turkey F-16 fighter jets and modernization packages that it already has in its Air Force fleet. However, US lawmakers are reacting.

A Pentagon staffer who assisted in compiling the report, Lt. Col. Anton Semelroth, said a US Department of Defense delegation had arrived in Ankara yesterday to “settle the dispute” between the two countries over the F-35s.

Stressing that Ankara’s exclusion from the state-of-the-art stealth fighter construction program was “finalized on September 23rd”, the spokesman assured that the talks were “productive” and that the delegations would meet again in Washington in the coming months.

Facebook
Twitter
Pinterest
WhatsApp
Previous article
Athletico makes three, leaves Flamengo in crisis and decides on Copa do Brasil with Atlético-MG
Next article
Climate: Australia will not support EU-US proposal to reduce methane emissions by 30% by 2030 |