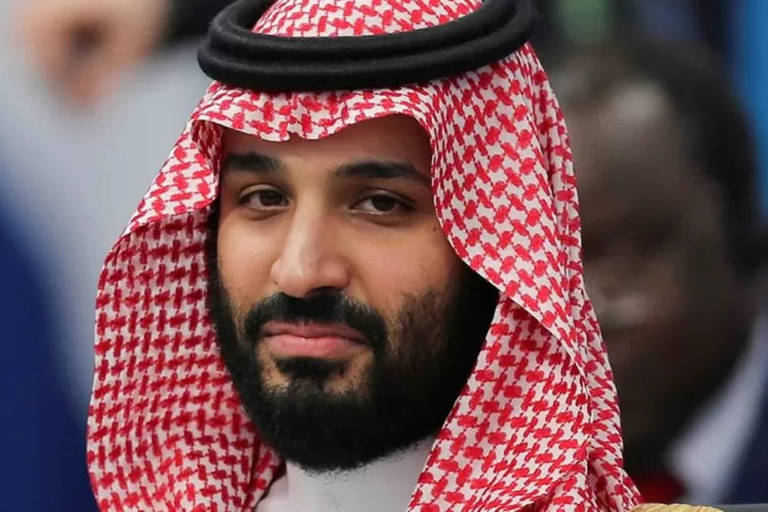 Hardly anyone would think of vacationing on an oil rig.

But in Saudi Arabia, there is a plan to convert one of them into an exclusive amusement park enabled to practice extreme sports, with restaurants and to spend a few days surrounded by luxury and eccentricities.

The project is called The Rig, an idea that symbolizes the aspirations of the crown prince and ruler of the kingdom, Mohammed bin Salman: to convert the world’s largest oil exporter into an international tourist destination and diversify its economy.

This strategy is part of the Vision 2030 economic reform plan, which the leader promotes around the world to convince investors from Western countries to bring capital to the country.

The government expects tourism to be the biggest source of new jobs in the private sector, so that the sector can represent 10% of GDP (Gross Domestic Product) and also 10% of jobs in a decade, in a country where two-thirds of its 21 million inhabitants are under the age of 35.

Preparing for a post-oil era, in which the world would be less dependent on the natural resource in the coming decades, Saudi Arabia has recently started to open its doors to the outside world.

In 2019, the country for the first time began handing out tourist visas to a kingdom that has historically remained encapsulated, except when millions of Muslims make pilgrimages to Mecca each year.

To advance its objective of stimulating tourism, it will have to overcome several obstacles: it is not a cheap destination like Southeast Asia; it is intensely hot for eight months a year; there is no political freedom or freedom of expression; in the streets there is almost no coexistence of men and women; consumption of alcohol is not allowed.

In addition, there are allegations of human rights violations in the region, with an international image of the crown prince even more tarnished following the murder of journalist Jamal Khashoggi and the crackdown on women’s rights activists.

Despite all the existing limitations, “the Saudi economy is much more diversified than in the past”, says researcher Karen Young, director of the Economics and Energy Program at the Middle East Institute of Studies, to BBC Mundo. , in Washington, United States.

Little by little, he explains, the demand for the hotel industry and entertainment in the local market are creating new types of business and consumption.

The “new investments in hydrogen, mining and the expansion of financial services are making the non-oil economy grow at a rapid pace”, points out the expert.

The problem is that economic diversification is not something that can be achieved in a decade or two. Oil and its derivatives, he adds, will continue to play an essential role in government revenues for a long time to come.

So many wonder: how long will the transition to a less oil-dependent future last?

A transition that ultimately will have to “ensure that the high standards of living that the kingdom currently enjoys are maintained in the future,” says Omar al Ubaydli, president of the Bahraini Society of Economists.

The fate of the government’s plan will largely depend on some of the investments made in new sectors such as renewable energy and hydrogen, as well as the massive expansion of religious and domestic tourism, he points out.

Al Ubaydli believes that a key factor for success will be local innovation, a process that is ongoing but will take a few years to achieve tangible results.

“The diversification process should take at least 15 years, if not more”, says the expert during a conversation with BBC Mundo. He argues that it is still too early to expect changes in so few years and with the interruption caused by the Covid-19 pandemic.

Still, he adds, “the country has made some good progress.” For example, many more Saudis are employed in sectors such as retail and tourism.

On the other hand, exports are diversifying and mineral production plays an important role, he says.

This allows, says al Ubaydli, that tax revenues “depend much less on oil than in the past.”

To advance along this path, the government is investing in luxury resorts, cinemas and entertainment complexes that will allow it to attract more visitors and, at the same time, develop new industries.

cities in the desert

Saudi Arabia has one of the largest sovereign wealth funds in the world (about US$1 trillion), alongside countries like Norway, the United Arab Emirates, China, Kuwait and Singapore.

Starting in 2016, this Saudi fund multiplied its investments abroad, acquiring all kinds of assets, from football clubs and video game companies, to companies that manufacture electric cars, something that had never been done traditionally.

With the resources of this fund, the country is financing part of the construction of cities in the desert, with the same objective of attracting foreign investment and projecting Saudi influence to the world.

So far, the transition to a more diversified economy is being financed by oil revenues, and experts don’t know how long it will be before non-oil industries can sustain themselves.

The kingdom is trying to accelerate the expansion of its business as most of its population is young and the country has to offer them more work opportunities and spaces to generate businesses that make staying in the region attractive.

In this logic, it becomes clearer why the country invests in ostensible advertising campaigns to convince the world that it is possible to build futuristic, car-free and zero-carbon cities in the middle of the desert.

This is how they sell one of their flagship projects —Neom, a city that, when built, will become “the model for tomorrow in which humanity progresses without compromising the health of the planet”.

A kind of oil-funded green utopia. Time will tell if these plans will come to fruition.