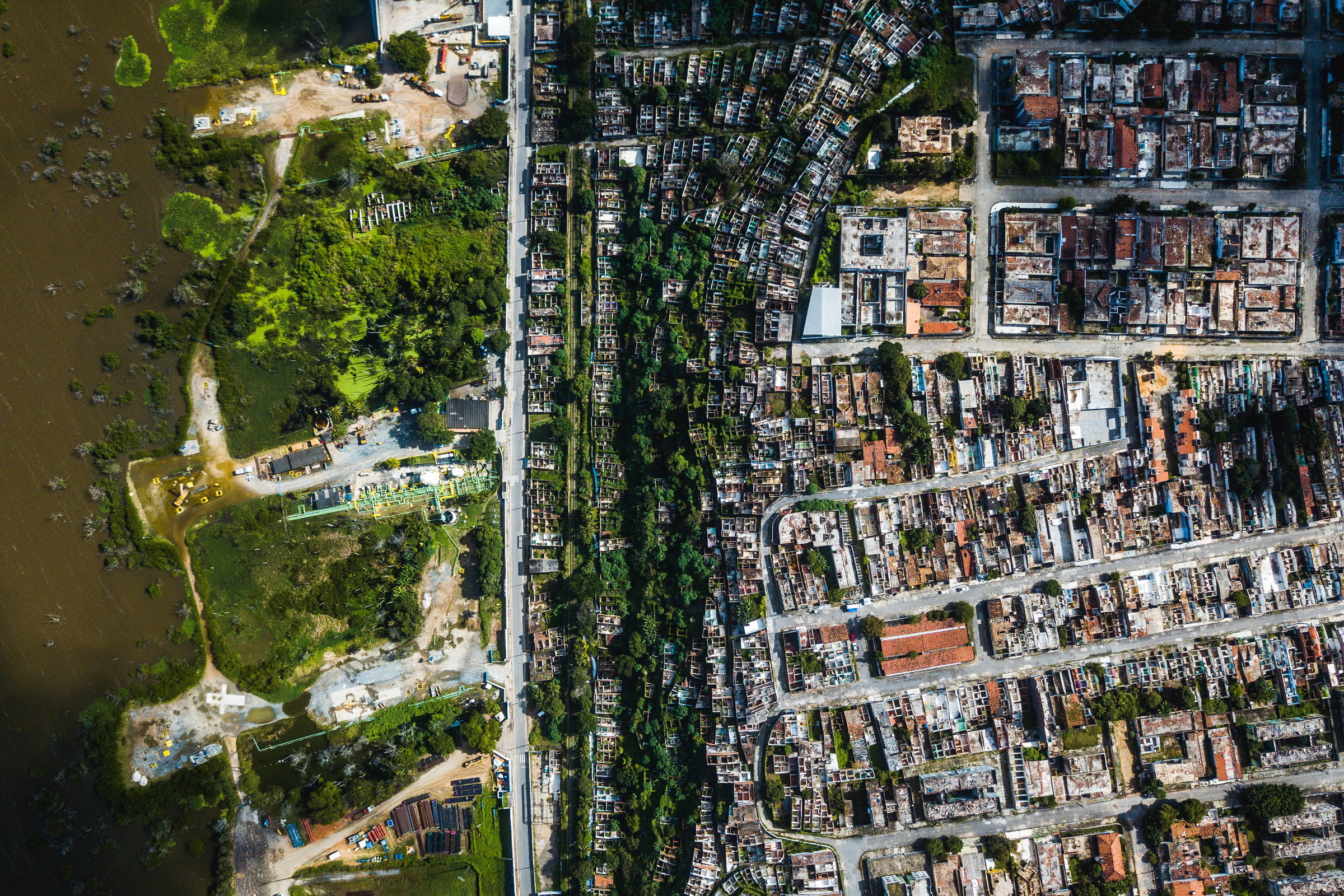 The idea behind ESG is that investors are considering environmental (E), social (S) and governance (G) principles when assessing a company’s risk. In this model, those who do not adopt good practices lose money, forcing a sustainable turnaround in the business world. But it may be that the invisible hand of the market isn’t all that green.

Companies with socio-environmental problems in their history and negative evaluations in ESG indices maintained their growth on the Stock Exchange in recent years, putting the idea of ​​conscious investments in check.

One of the examples is Vale, responsible for the Brumadinho (MG) dam that collapsed in January 2019, killing 272 people.

From December 31, 2015 to November 24 this year, the mining company’s shares rose 444% on the stock exchange, according to a survey carried out by sheet.

The performance reflected the increase in demand and the price of iron ore, which guarantees short-term gains for Vale and its shareholders. If investors were to look at Vale’s position in the ESG rating systems, the stock would not have that high or could even decline.

At Sustainalytics, one of the main ones in the market, Vale is evaluated as high risk for investments. The company’s score, joining the environmental, social and governance criteria is 39.1 — with, from 40 upwards, the risk changes to severe, the highest.

In a statement, Vale said that the tragedy of Brumadinho led the company to rethink its operating model and that it mapped 63 “ESG gaps” after analyzing methodologies from providers such as Sustainalytics, Glass Lewis and Dow Jones Sustainability Index.

According to the mining company, 51 have already been completed, such as transparency in executive remuneration and greater detail on the emergency plan for dams.

“The company continues to work with information from the main market evaluators to make its ESG practices more robust and advance its commitments to society,” he says.

Another company that reconciles good performance in the capital market with social and environmental questions is Braskem.

In January 2018, the exploitation of rock salt by the petrochemical company in Maceió caused the soil to sink in several neighborhoods. The environmental disaster affected about 57 thousand people, affecting the functioning of businesses and even a hospital.

In the MSCI ESG ranking, which uses the same language as the rating agencies, the company has a B rating — the second worst, only behind the CCC level.

Although the system points to weaknesses in issues such as corporate governance and toxic emissions, Braskem has accumulated a 204% growth on the Stock Exchange from December 2015 to now.

In a statement, Braskem said that its global strategy for sustainable development was built on the analysis of global trends, and that it continues to improve its environmental, social and governance practices.

“Considering the various ESG agencies in the market, the company, on average, has a rating in line with its industry,” he says.

For Marcos Rodrigues, a partner at BR Rating, the Brazilian risk rating agency ESG, the fact that these companies are poorly evaluated in the rankings is positive, as it reveals the cost of failures they hide.

He says that in the auditing market there is the expression “taking a penny”, which is when something bad is identified by a third party and the company needs to act. “At ESG it’s the same thing, I hope they are poorly evaluated so that these negative aspects are exposed”, he says.

Rodrigues says that the good performance on the Stock Exchange reveals that most investors still disregard the ESG as a criterion in defining where to put money.

“I’m from the interior of Minas Gerais and there’s a saying there that goes: money doesn’t take home. In other words, between saying you’re going to invest in companies with a good ESG rating and actually investing, there’s a very long distance.”

Renata Brito, a professor at the IAG (PUC-Rio Business School), also agrees that the negative assessment of these companies in the ratings is a good sign.

According to her, this shows that the financial market is realizing that social, environmental and governance aspects are relevant for a business to continue existing, producing and being profitable.

However, Brito remembers that ESG is not a silver bullet and that a company’s shares are also evaluated for external reasons. She cites the heating of the commodities market as an example, which favors mining companies like Vale.

“ESG is not something that kills a company or saves humanity. The objective of the financial market and ESG is not that. It is to price these issues [ambientais, sociais e de governança] within the share price”, he says.

The heating of the market is also the explanation for the good financial performance of another Brazilian company: JBS.

From 2016 until now, the stocks of the slaughterhouse grew 193% on the Stock Exchange, despite the low grades in ESG.

On Sustainalytics, the company enters the severe risk category, with a score of 48.9. At MSCI, the situation is not much different: CCC classification. According to the system, the company is considered a latecomer in matters of governance, work management and carbon footprint.

In October, an audit carried out by the MPF (Federal Ministry) of Pará pointed out irregularities in JBS’ purchases in the state. According to the agency, 32% of the cattle acquired between January 2018 and June 2019 would have come from areas with deforestation problems or other non-conformities.

At the time, JBS said that the audit result was impacted by a recent change in criteria adopted by the MPF, and that it had already implemented new monitoring measures.

In a statement, the company said it is in permanent contact with rating agencies to show that it has evolved in ESG issues. According to her, in the last MSCI rating, from July 2021, JBS had growth in the weighted average of the three ESG pillars, compared to November 2019.

“The company trusts that, in a transparent and collaborative way, it will demonstrate its new moment and that the rating agencies will be able to capture the same movement that has been reflected in other rankings and ratings that are quite relevant,” he said.

According to Alexandre Garcia, professor and dean of Fecap (Fundação Escola de Comércio Álvares Penteado), classification systems such as Sustainalytics and MSCI identify the setbacks of companies in the ESG, but investors are not sensitized.

“Empirically, we have evidence that these companies were not good at ESG. They even make some initiatives, but the impact they cause ends up being greater than the compensations”, he says

According to him, there is a need for greater pressure from society and the capital market for companies to invest more in environmental, social and governance actions. “It should be the same proportion. If it increased 15% in profitability, it invests the same in ESG practices”, he defends.

He cites the example of Petrobras, which recently released a new investment plan that ignores the energy transition and the production of renewables.

“Petrobras is coming to the market and saying ‘I am the way I am, I’m going to continue with fossil fuels and I don’t care about this climate change agenda.’

The company is another company that reconciles ESG inquiries with good stock market performance. The oil company’s preferred shares rose 323% from 2016 to now.

Petrobras stated, in a note, that ESG has been part of its agenda for years, and has gained increasing importance. The company also highlighted that it has returned to sustainability indexes, such as the ISE of B3 and the Dow Jones Sustainability Index World.

Regarding the strategic plan, the oil company said that it foresees the expansion of ESG commitments, such as the investment of US$ 2.8 billion (R$ 15.6 billion) to mitigate emissions, including the creation of a fund for low-cost solutions. carbon and the development of bioproducts such as renewable diesel.

Alperowitch says he is critical of rating systems like MSCI and Sustainalytics. According to him, the ratings are usually based on public information and on companies’ sustainability reports, which does not bring reliability to the data.

“Scandals are easy to show up in the rankings, because there’s no way to avoid them. Vale killed almost 300 people, Braskem sank a neighborhood, so there’s no way it can’t be mentioned. Now, if a company has zero racial diversity and wastes a lot of water, it won’t show up,” he says.

However, Alperowitch believes that the financial market’s understanding of issues such as human rights and the environment should mature over time.