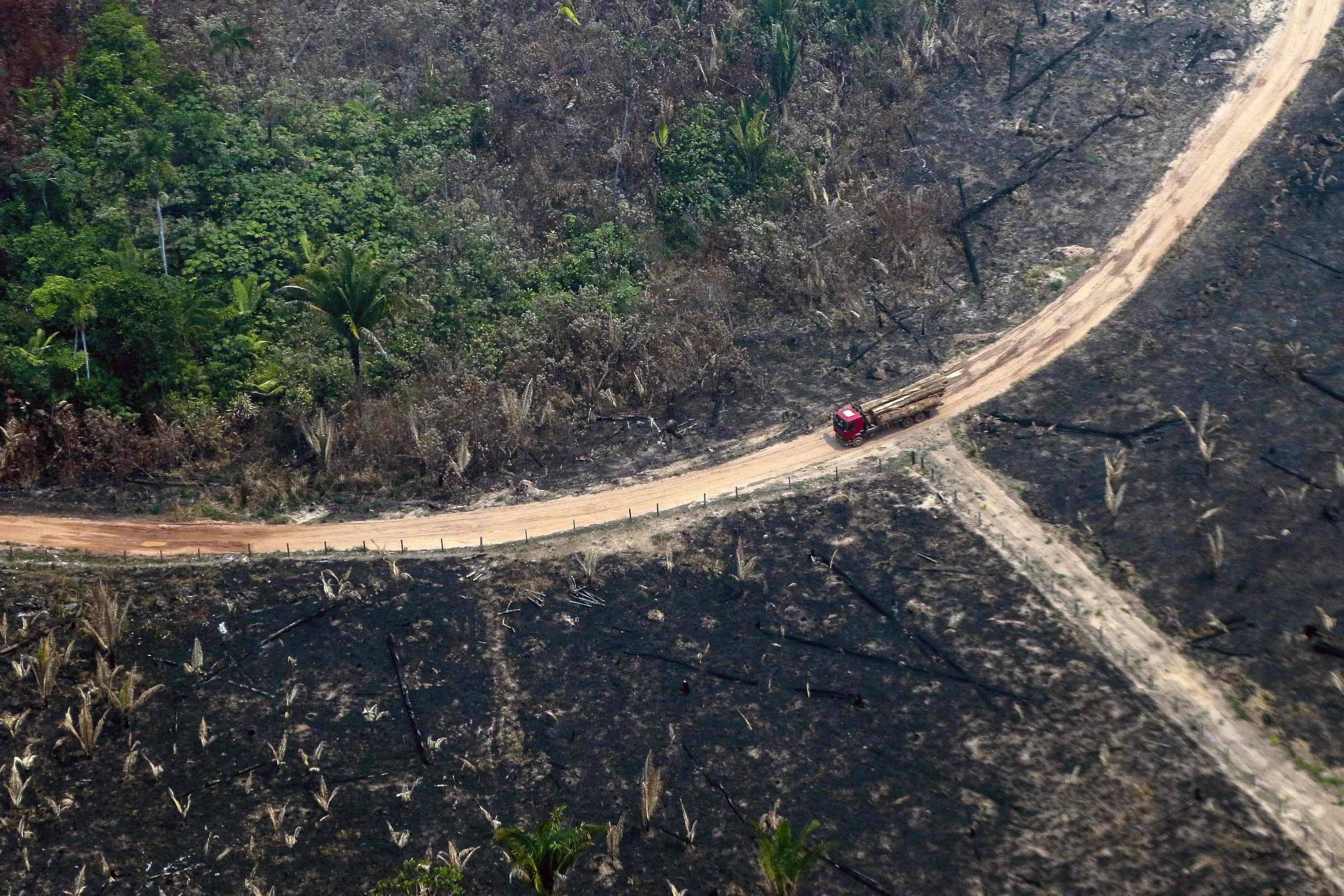 Banks want an end to deforestation, but monitor little

In July 2020, the three largest private banks in Brazil launched the Amazon Plan, an initiative that aims to contain deforestation in the biome and contribute to the sustainable development of the region. The unprecedented union between Santander, Itaú and Bradesco illustrates how the green agenda is gaining traction in the financial sector — at least in speech.

The fact is that, although the defense of forests is unanimous among the banks, the monitoring of the client portfolio itself still has weaknesses. The analysis is often based on public embargo lists and legal restrictions, which may be outdated.

A survey carried out by MapBiomas showed that, since the beginning of the Jair Bolsonaro (PL) government, less than 3% of deforestation alerts have been monitored. In addition, only 5% of the area felled between 2019 and 2020 suffered fines or embargoes by IBAMA.

With such low penalty rates, depending on the actions of control bodies does not guarantee that banks are free from the problem — especially at a time when the government is criticized for promoting a dismantling of environmental entities.

Currently, financial institutions need to comply with some legal requirements when granting credit to rural producers and agro companies. The Central Bank, for example, has resolutions that create impediments for people with environmental irregularities and enterprises that overlap indigenous lands, conservation units or quilombola communities.

Within the scope of Febraban, self-regulation says that banks cannot grant credit in areas embargoed by deforestation, regardless of the biome.

However, the industry does not seem to go much further than these compliance requirements.

Among the large private banks, Santander is one of the few to monitor in real time. Since March of this year, a tool that uses satellite data from MapBiomas has been issuing alerts whenever an indication of deforestation is reported. If the customer does not prove that he had authorization, he must reimburse the amounts to the bank.

According to Carolina Learth, sustainability leader at Santander, the bank was already tracking deforestation through the embargoed areas. “But this is static information, which has problems. There is a delay in getting on the list, in getting out…”, she says. “We’re making a major leap forward in the way we monitor,” she adds.

THE Sheet sought out other banks with a strong presence in agribusiness to explain how they control deforestation in their portfolios. Bradesco, the private bank with the greatest penetration in the sector, refused to respond to the report’s requests.

Itaú sent a note claiming to hire georeferencing tools that cross the coordinates of rural properties with Ibama’s embargo data.

Banco do Brasil, the absolute leader in agribusiness, explained via advisory that it also consults embargoed areas, assessments and overlaps in an automated way. “If necessary, the bank uses satellite images to ensure the regularity of the financed operation”, he said.

According to Amaury Oliva, director of Febraban, there is a regulatory framework to curb financing with risk of deforestation. The institutions, he says, already observe the CAR (Rural Environmental Registry), the licenses and documents that prove environmental regularity.

“There is a duty of diligence, but the power of police and investigation rests with the State, not with financial institutions”, he says.

In the director’s view, the lists are public and, if someone is not included, there are no restrictions. “That’s why the accuracy of the databases is important, so that there is security regarding the granting of credit.”

The obligations, however, predate the provision of the banking service. If there is any infraction or embargo after the start of the operation, Febraban says that it is up to the customer to inform about what happened — although some banks do this follow-up on their own.

For Tasso Azevedo, coordinator of MapBiomas, banks in general are very far from what could be done. With a few exceptions, such as Rabobank — which even considers legal deforestation to be an impediment — the sector is lagging behind.

“Banks began to enter this agenda because of the lack of illegality, and the regulation that the BC is starting to tighten. But they could advance much more with the information available today. In fact, free information”, he says.

According to him, it is currently useless to base the deforestation policy only on Ibama’s lists, since, from 2019 onwards, the number of restricted areas has decreased a lot.

“The process to carry out inspections and embargoes was completely bureaucratized. They cut resources, they cut personnel, so it doesn’t advance in practice.”

Sought for comment, IBAMA did not respond to the report’s request.

Azevedo also points out that financial institutions may very well be financing projects that have had deforestation with signs of illegality, but that have simply not been penalized yet.

In this sense, he says that there are two possible behaviors. One is the liability, that is, washing your hands without the existence of a tax assessment or embargo. The other is to monitor and seek to understand when there are signs of illegality, asking the owner to explain himself.

Green commitment from banks is low

In Brazil, the Responsible Banking Guide assesses the socio-environmental commitment of the country’s eight largest banks. The initiative is led by a team from Idec (Brazilian Institute for Consumer Protection) and is part of Fair Finance International, a global network to strengthen ESG (environmental, social and governance) standards in the sector.

According to Fábio Pasin, a researcher at Idec’s Financial Services Program, the level of commitments assumed by large Brazilian banks is still very timid.

On deforestation, he argues that there is a dependence on embargo lists and agrees with Azevedo on the need for a more proactive approach.

“This type of action is lacking. Not only in relation to the direct customer, but the entire production chain that that financing or investment will involve”, he says.

Despite the fact that the profit of large banks reached R$ 81.6 billion in 2021, Pasin reports that the justification usually lies in the “limitation of resources”. “[Dizem que] It would make credit more expensive and make a large amount of funding unfeasible for important activities for Brazil’s economy.”

The researcher, however, emphasizes that there are already public data to carry out this follow-up. “But there is no will and there is still no obligation by the regulatory body for financial institutions to reach this level of responsibility.”

This is also the opinion of Sérgio Leitão, founder and executive director of Instituto Escolhas. He recalls that, at the end of 2021, the Central Bank launched a series of measures to encourage sustainable finance, but that would not have been enough to deal with the problem.

In his view, financial institutions know exactly what they need to do to control deforestation, just put it into practice.

“A bank today is essentially a technology company, because that’s where competition and scale gains take place”, he says. “Meanwhile, we see them doing, in terms of deforestation, a paper control, without cross-referencing information”, he adds.