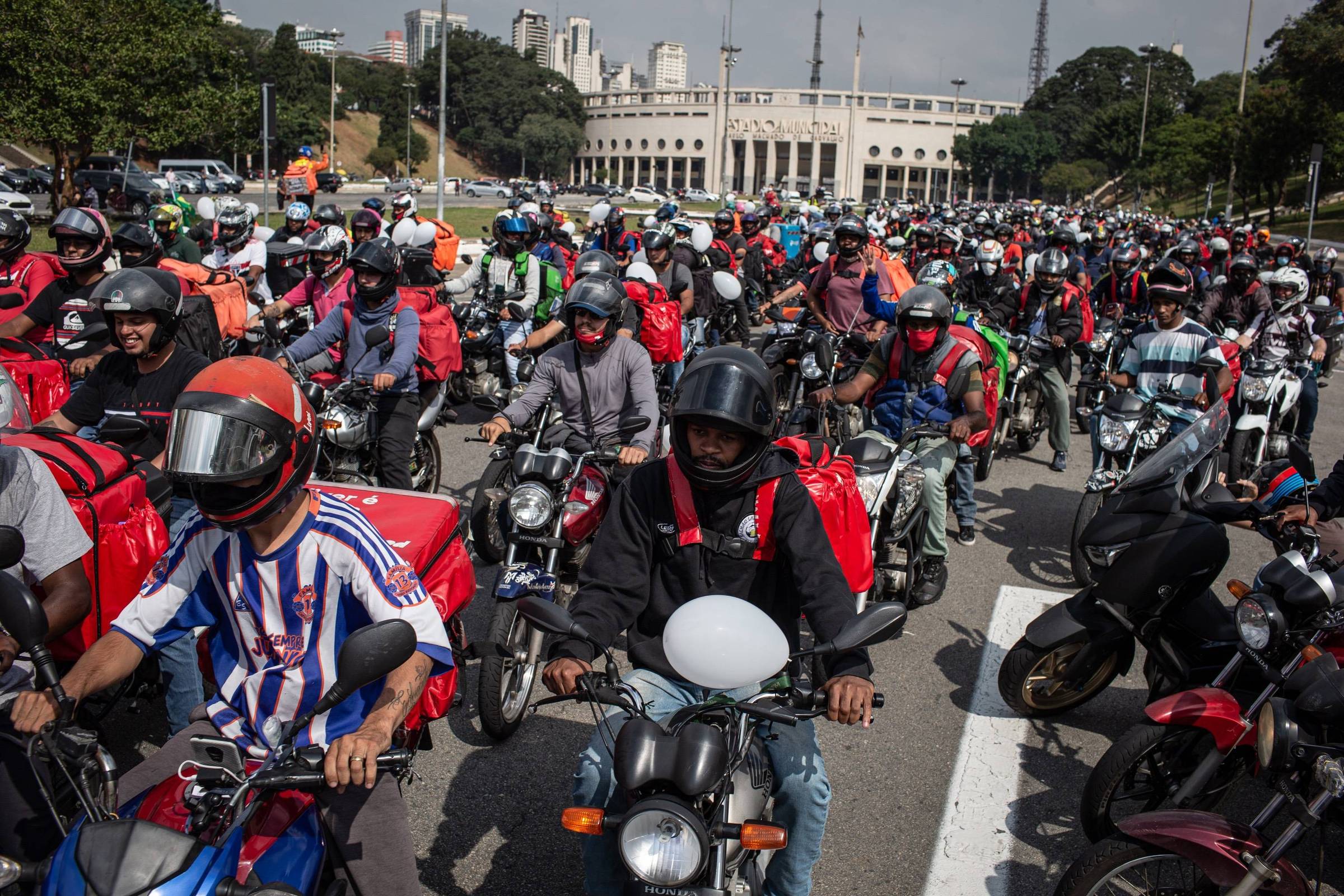 The PT’s presidential campaign has been meeting with different fronts of the job application sector –motoboys, business representatives and unions– to discuss social protection for workers and possible regulations.

The agenda deals with telemedicine, digital sale of drugs, rights for drivers and delivery people, digitalization of public services, qualification of small and medium-sized companies, among others.

The entity defends that any proposal to regulate work on a digital platform addresses a greater set of rights than just the social security coverage that has been debated in the Ministry of Labor and Social Security.

“The group is in dialogue with all the actors, especially the workers, who are often the last to be consulted”, says Vitor Magnani, president of the MID.

The labor issue was central to the meetings held so far. One of the points discussed with Lula’s campaign is the scope of digital work.

The sector believes that the subject is often seen as restricted to delivery people and drivers, but encompasses several service providers through apps, such as day laborers and carpenters, for example.

In the Bolsonaro government, the discussion is led by the Ministry of Labor and Social Security. Still under Onix Lorenzoni’s management, a working group considered the creation of a micro-entrepreneurship model adapted to the functioning of the platforms.

Called MEI Digital, it aimed at delivery people and was intended to be a solution that guaranteed rights such as retirement, maternity and paternity leaves and disability benefits. The proposal was to charge delivery people a fixed amount and a percentage of collection from the apps, but after months of debates, the conversation stalled. How much companies would pay was one of the points of disagreement.

In 2022, with Work and Pension under the command of José Carlos Oliveira, the discussions resumed. According to Oliveira, a working group on the subject should be created in August.

The pace of progress in the discussions frustrated part of the sector, which began to seek dialogue with the campaigns.

In addition to the Lula-Alckmin ticket, sectoral associations had conversations with campaign advisors of Ciro Gomes (PDT). In his government plan launched on Tuesday (9), Ciro proposes new legislation for application workers, which provides for a guarantee of hygiene, safety and compatible earnings.

At the end of July, Sindimoto-SP (Sindicato dos Messengers, Motociclistas, Cyclistas e Moto-taxiistas de SP) discussed the situation of the category with Geraldo Alckmin. He heard from the vice candidate that the current laws are sufficient to protect them, but that they are being flouted.

Initially, the proposal being designed in the Bolsonaro government provided for a mandatory contribution to the INSS, but outside the CLT (Consolidation of Labor Laws). The model pleased some of the companies.

In April, Amobitec (Brazilian Association of Mobility and Technology) released a letter of principles with similarities in relation to what the government was discussing. The group, which represents iFood, Uber, Amazon and Buser, advocates that professionals have social security rights, flexibility and autonomy.

They also propose to assume part of the contributions to the INSS, which would be calculated according to the volume of use of each platform.

André Porto, executive director of Amobitec, says that the associates are always open to dialogue with “stakeholders, including campaigns”. He prefers, however, not to say with whom he has already met among the candidacies presented. The entity was in mid-July at the Ministry of Labor and Welfare.

“Regardless of governments, we want to introduce Amobitec, to dialogue. These are institutional conversations.” For the association, the traditional model of employment relationship with registration in the portfolio is not compatible with the model brokered by the platforms.

Leader in polls of voting intentions, Lula has already signaled dissatisfaction with the labor reform, approved in the government of Michel Temer (MDB) in 2017.

“First, it is necessary to evaluate the regulatory level and define what we consider work by application, by platform”, says Clemente Ganz Lúcio, advisor to the Forum of Trade Union Centrals, which is part of the economic core of the campaign.

“Why does the woman who works in a bank have paid leave and the one who delivers food on a motorcycle doesn’t?”, she asks.

The obligation to formalize delivery men and drivers through the CLT is not a fundamental issue in the PT campaign. Social and social security protection, yes.

In the midst of the repeal of points of the labor reform, the PT campaign wants to discuss a reconfiguration of Brazilian unions and the return of the obligation to participate in negotiations with companies – the 2017 reform created the possibility of individual negotiations.

The president of the UGT (General Union of Workers), Ricardo Patah, claims to be “fighting to include the matter” in the election. “It’s not just Social Security, you have to think about what to do so that they don’t need to use Social Security. The number of deaths, at risk, has increased a lot”, he says.

Facebook
Twitter
Pinterest
WhatsApp
Previous article
Rio Branco, from Série D, makes a donation to help the cast and raises R$ 208
Next article
Fire in Thassos: The burned area was limited to approximately 1,310 acres – How much had burned in previous years – See photos