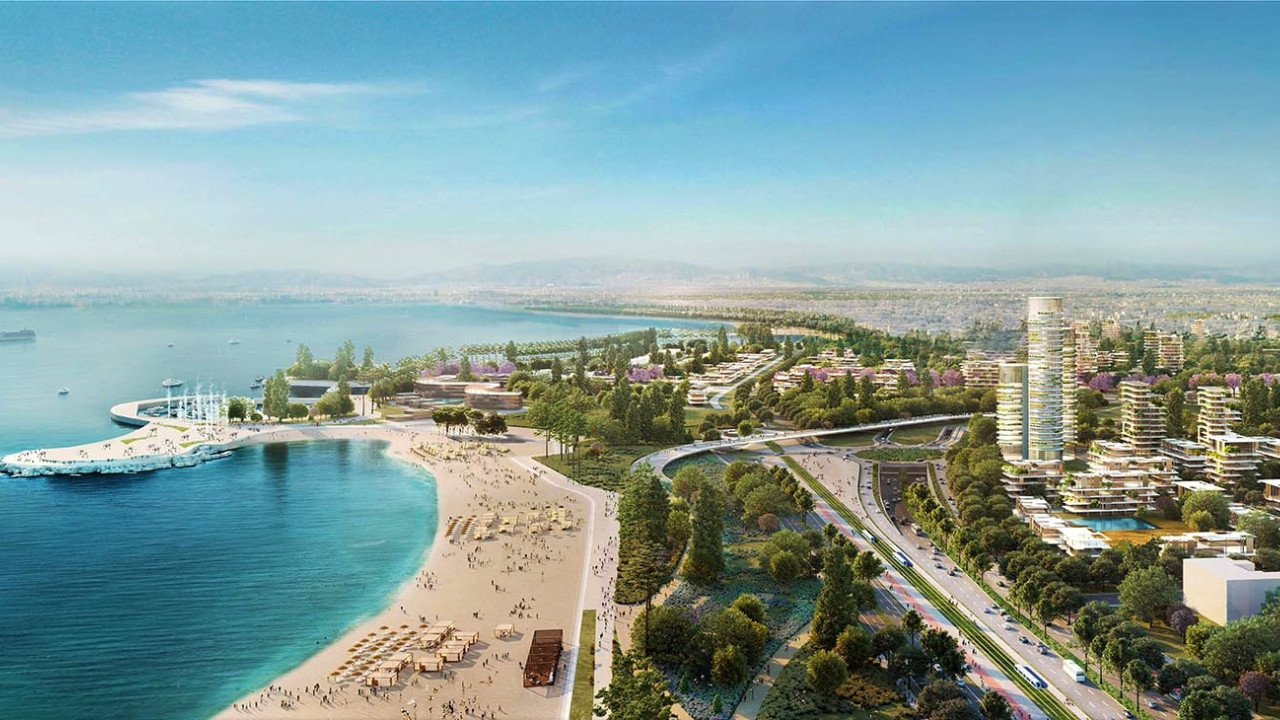 The Hellinikon project is progressing normally according to plan and this is due, among other things, to the full securing of its funding

The Greek it’s a shared vision much bigger than square footage and everything else. It is a vision for our country to emerge on the international investment map where it deserves and to be an example to follow. Let’s have a Greek company that brings us white people abroad, said the managing director of Lamda Development, Odysseus Athanasioucompleting the detailed presentation of the progress of individual projects of the largest urban redevelopment in Europe, which is in full swing, with the construction sites opening one after the other on the area of ​​the former Hellinikon airport.

Mr. Athanasiou pointed out that this vision does not only concern the highlighting of our capabilities at the level of project execution through the implementation of leading international architectural designs, but primarily the highlighting of our value system in the project implementation process which will be an example to be imitated internationally level, in the possibility of mobilizing human resources that return to Greece again with appropriate incentives. Mr. Athanasiou also mentioned the support of Spyros Latsis (the main shareholder) who believes in the project and supports it in every challenge and difficulty.

Despite the new challenges, the Hellinikon project is progressing normally based on the plan and this is due, among other things, to the full securing of the financing of the project, then the issuance of the green bond and in continuation of the previous actions, said Mr. Athanasiou. In fact, in combination with the advance payments from the prospective buyers given for the properties in the green residential Tower (Riviera Tower), the villas and the three-storey houses on the beach front, “we have everything”, he added characteristically, and we are proceeding rapidly with the implementation and execution of the works. He also referred to the possibility of absorbing the increase in the cost of building projects, which is about 15%, without limiting the demand for buying homes and renting commercial spaces.

With the completion of individual studies, tenders, the issuance of building permits – which was and is a demanding process – the construction sites start operating one after the other. In particular, the works on the construction site for the construction of the model building at the European level which will house 4 associations of the disabled with a total investment of 15 million euros, which has been entirely undertaken by Lamda, are progressing rapidly. The building will be delivered “turnkey” at the end of the summer of 2023, fully equipped, which will allow the Amymonis, Ermis, Niki and the Association of People with Multiple Sclerosis – ΣΑμΣΚΠ to move from the rudimentary infrastructure until recently 1000 m2 in state-of-the-art infrastructures of 11,000 m2 with additional surrounding space specially designed for their needs.

Construction sites have been set up, among others, in the large project of the undergrounding of Poseidon, by the AVAX group, which has taken over the infrastructure projects of the first phase after a relevant tender, having already progressed 250 meters in length and 10 meters in depth (which will be and the final depth) and continues apace with the aim of completing the work at the end of 2024.

The same scenario in the projects of the diversion of the Trahona stream, while in the area where the highest green residential skyscraper in the Mediterranean will be built, after the issuance of the building permit about a month ago, the site area is demarcated and the preliminary works begin, in order to Excavation and foundation work will begin immediately with the aim of March 2026 for the new owners to move into the 170 apartments of the 50 floors. Almost all of the apartments in the Tower have been closed with pre-sale contracts, as have also been closed the 28 seaside villas and the three-story luxury residences-apartments (condos) that will bring in Lamda half a billion euros in revenue (0.5 billion euros ) until the end of 2023 from the preliminary contracts. Lamda Development apart from the existing residential developments on the coastal front is also planning residential developments in other parts of the area whose prices will be accessible to middle income classes as they will be comparable to the prices in the Southern Suburbs.

With reference to the hotel plans in Elliniko, as pointed out at the end of November, the operator of one of the two hotels to be developed by TEMES of the Konstantakopoulos group in collaboration with Lamda is announced, as well as the name of the architectural office that will undertake the design of the hotel west of the marina of Agios Kosmas.

Emphasis on recycling and the circular economy

As pointed out by Lamda executives, special emphasis was placed during the demolitions on the circular economy, that is, on the utilization of materials. The demolitions took place and are taking place after a series of studies that foresee, among other things, the separation and utilization of materials, through recycling processes and indeed within the construction site to a large extent, in order to avoid burdening traffic in the area and burdening the environment. Water resources will also be used to save water. In this context, among other things, EYDAP has signed a Memorandum of Cooperation and Understanding with Lamda Development SA, which concerns water supply, drainage and installation of the production of recycled water, as well as an urban and peri-urban distribution network of recycled water to meet the needs of the Metropolitan Pole Hellinikon- Saint Kosmas.

Facebook
Twitter
Pinterest
WhatsApp
Previous article
Repeating numbers: What it means if you see them often
Next article
Chinese have made a face mask that detects the corona virus and flu viruses!