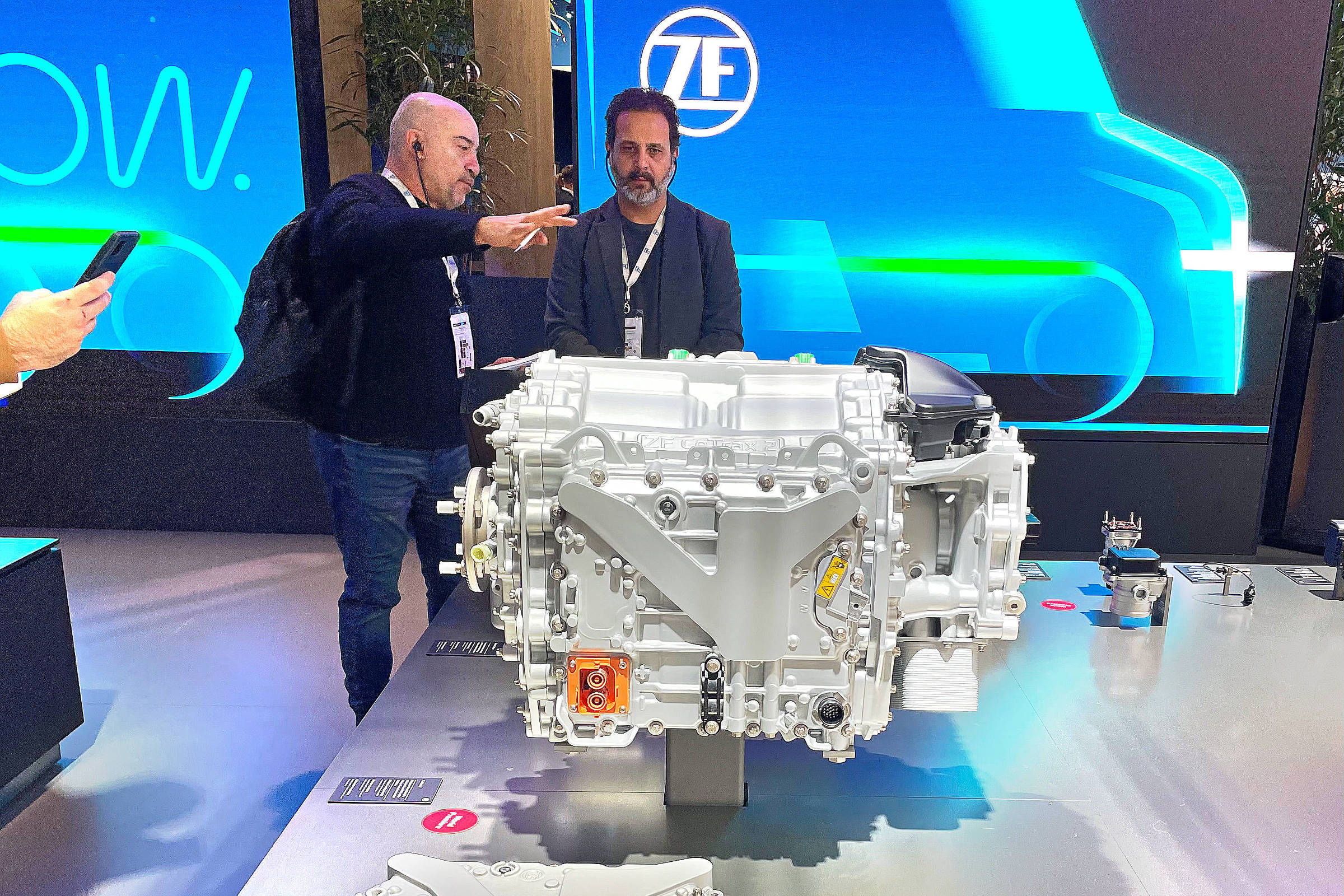 A 390-kilogram metal hub packed with connectors can convert a diesel truck into an electric model. The technology is being presented by systemist ZF at the 2022 Hannover Motor Show in Germany.

It is a kit called Cetrax 2, which includes a three-speed gearbox and can be adapted to different models with a load capacity between 7.5 and 44 tons.

The continuous power of 305 kW is equivalent to 415 hp, with instant torque. This allows you to climb hills without scares.

Andreas Grossl, vice president of electric mobility at ZF, says the equipment can be installed on both new and older trucks. The autonomy and costs will depend on the chosen battery pack. The German company does not supply the accumulators.

Grossl also says that the solution proposed by ZF provides for electric trucks to be manufactured on the same assembly lines as diesel models, which would optimize production.

One of the advantages pointed out by the German company is the low need for maintenance. The oil that lubricates and cools the gearbox only needs to be changed once throughout the life of the equipment, which means many years of use.

Another solution proposed by ZF is to install an electric motor on one of the axles of the trailer pulled by the diesel truck. The company says this technology can reduce fuel consumption by up to 15%.

The solution transforms the vehicle into a hybrid, but without the need to make profound technical changes. The downside is the extra weight of the set, which can reduce the carrying capacity.

However, there are two favorable points for urban use: silence and the absence of smoke.

Andreas Grossl says that the electric axle is capable of pulling the truck in low-speed maneuvers, which prevents the combustion engine from running.

The journalist traveled at the invitation of Anfavea

Facebook
Twitter
Pinterest
WhatsApp
Previous article
Figuriinhas da Copa: Check out 5 places to change and complete the album in SP
Next article
Kouleba: Referendums in Russian-controlled areas will not change anything