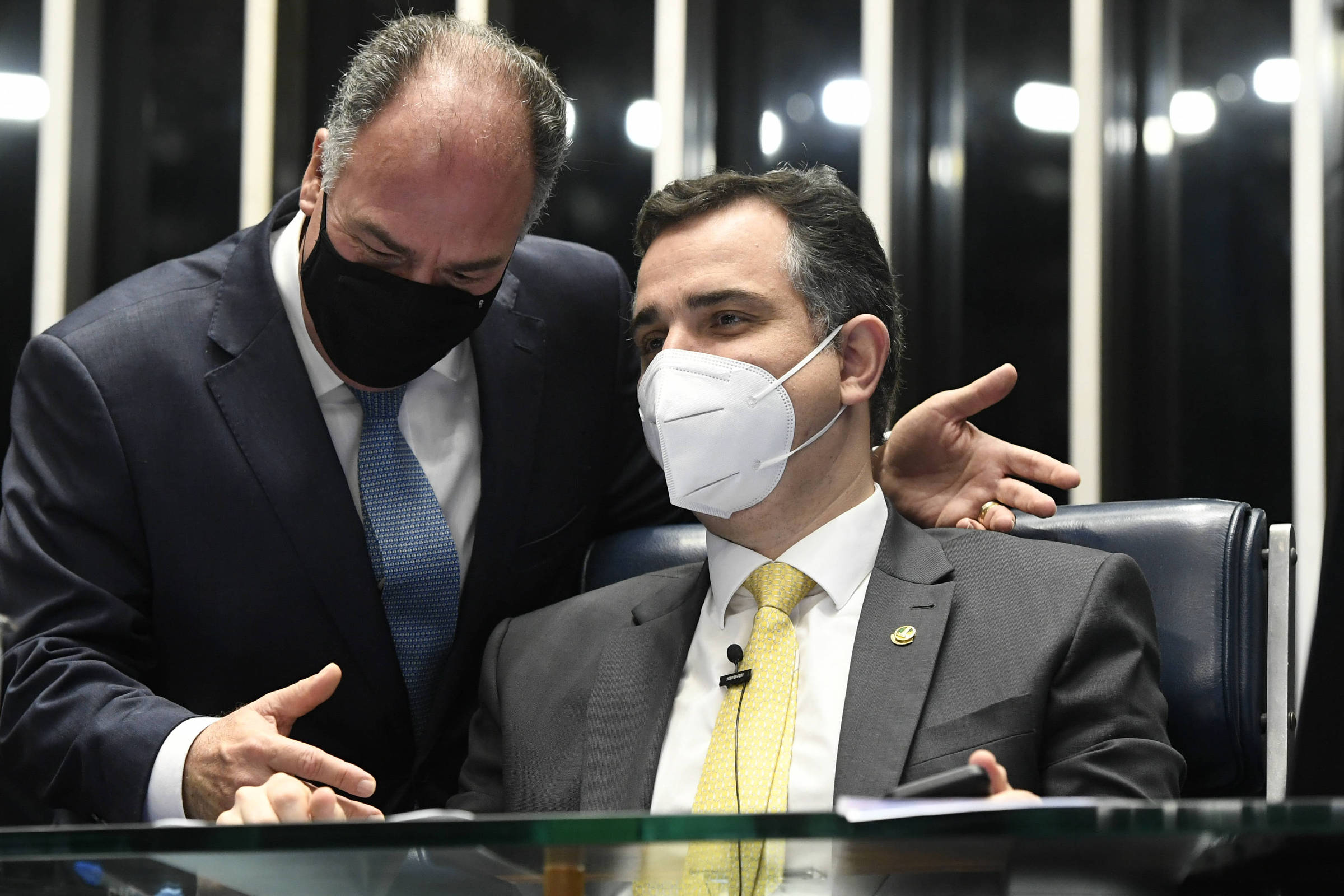 The congressional summit closed an agreement this Tuesday night (7) to slice the​ PEC (proposed amendment to the Constitution) of the Precatório and vote on the changes made by the senators next Tuesday (14), taking advantage of a text that it has already been processed by commissions in the Chamber of Deputies and can be taken directly to the plenary.

The promulgation of the common parts should take place this Wednesday (8).

The proposal, which makes it possible for the federal government to pay BRL 400 Emergency Aid in December, opens a space of BRL 106.1 billion in the 2022 Budget, of which BRL 51.1 billion will be allocated to the expansion of the social program .

The proposal had its vote concluded in the Senate on Thursday (2), but the lawmakers changed the text and therefore it will need to be processed again in the Chamber of Deputies.

The agreement provides for the president of Congress, senator Rodrigo Pacheco (PSD-MG), to promulgate the parts approved in common in the Chamber and in the Senate.

According to Lira, this would make it possible to open fiscal space in the Budget for the payment of emergency aid. Other points of consensus would be the maintenance of the rules that were stipulated by the two Houses for the compensation of court-ordered debts and the payment of installments of the municipalities’ social security debts in 240 months.

The “ties” included by the Senate to avoid giving free rein to the government of President Jair Bolsonaro (PL) to freely spend the space that will be opened in the budget will be annexed to a 2012 PEC.

This PEC has already gone through commissions in the Chamber and can be taken directly to the plenary, which, according to the president of the Chamber, Arthur Lira (PP-AL), should take place next Tuesday.

“The agreed decision is to promulgate the common text and all the divergent text, with text innovations that the Senate has put forward. We will join a PEC ready for the plenary, and fix it,” stated Lira.

The agreement was announced after a meeting at the Chamber’s official residence, which involved Lira, Pacheco and leaders of the two Houses.

According to Pacheco, the common points guarantee fiscal space of more than R$ 60 billion. “By promulgating the common part of the PEC tomorrow [quarta] and having the House’s commitment to consider the amendments on Tuesday, I consider it resolved,” said the president of the Senate.

“The issues of merit will be discussed by the leaders, and we will have from now until next Tuesday of talks in Brasília to try to align as much of the common text as possible”, added Lira.

Lira denied there was any dispute between the two Houses. “There is no version of arm wrestling or disputes between one House or another. Even because the two Houses should and can think differently about certain issues,” he stated. “What is not possible is for a PEC to have different texts.”

Pacheco called the changes made by the senators important. “In my view, even changes that were good for improving the text of the PEC of precatório. And it will be up to the Chamber to evaluate each of these changes with the independence it has in relation to the merits of each one of them.”

According to him, the promulgation of the common points was accepted with the condition that the changes made by the Senate could be appreciated by the Chamber.

The Senate amendments that will be appended to the PEC in the Chamber should be analyzed again by the senators, said Lira. “It will be joined in the [PEC] 176. The 176 will have its approval of the House, it will need the approval of the Senate. Then she must go to the Senate. But the Senate has a regimental facility, the situation still functioning remotely, leads straight to the plenary. The matter will be resolved next week”, assured the president of the Chamber.

Last week, Lira had already said that the changes promoted by the senators would only be processed in the Chamber next year.

After having passed relatively quickly in the Chamber of Deputies, the proposal faced resistance from the senators. The main reason was the reluctance to open a space of R$106 billion in the budget for the Bolsonaro government in an election year, without the guarantee that the resources would be used for the purposes proposed by the PEC.

The government was successful in keeping the key points of the proposal, in particular the open space in the budget. On the other hand, it had to give in on some issues to get the matter approved.

The PEC dos Precatórios is currently the main agenda of interest for Bolsonaro in Congress. The objective is to authorize the government to spend more and make viable the promise to raise the value of the Brazil Aid in an attempt to boost Bolsonaro’s reelection campaign in 2022.

The PEC has two pillars. One measure allows for a dribble in the spending ceiling, retroactively recalculating that limit. The other measure creates a maximum value for the payment of court orders – debts that do not appear on this list will be postponed and paid off in later years.

In the Senate, the government backed down and answered the last four points that were demanded. It accepted that the limit for the payment of court orders is valid until 2026, and not until 2036 as provided for in the previous version.

By reducing the validity period by ten years, the new version of the PEC does not change the effects of the proposal in the 2022 Budget.

Senators fear that the creation of a ceiling on the payment of court orders will turn into a “snowball” and the Union will start accumulating too much debt in the future. Therefore, they asked to shorten the term of this measure.

To get support for the PEC in the Senate, the government presented six versions of the text.

In another change announced on Thursday, the government also agreed to make it clear that the increase in spending in 2022, from the approval of the PEC, will be linked to mandatory expenses, in the social area and the extension of the payroll tax exemption.

The text also provides for a mechanism for linking expenses that will no longer be paid in court orders to cover expenses with the social program and in the area of ​​social security, such as pensions, between 2023 and 2026.