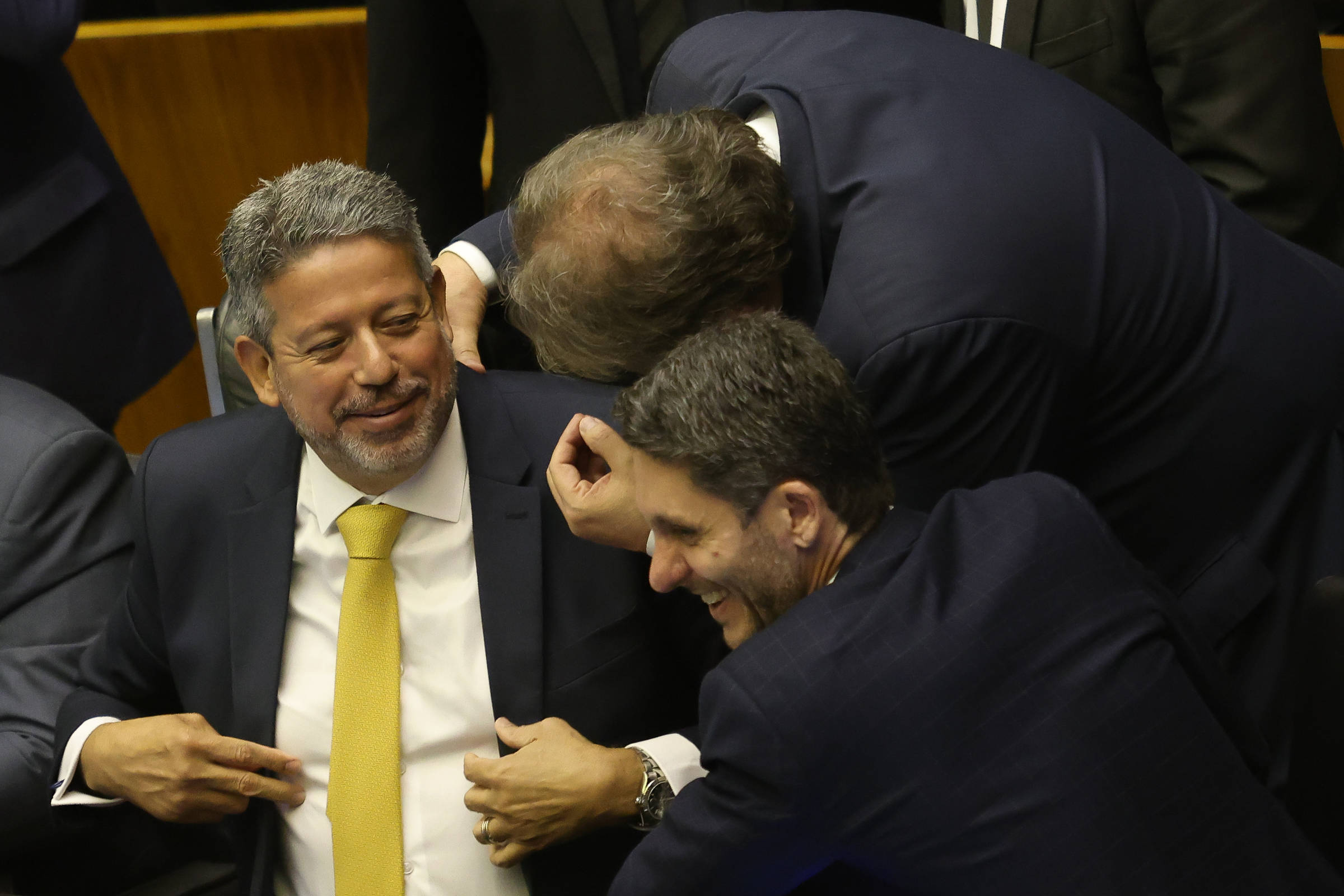 Next government will have to negotiate a new agreement to open space in the Budget, says expert

The next government will have to negotiate a new agreement with the parties that hold the cards in Congress starting next year if it wants to regain control over the scarce resources available in the Union Budget for works and other investments.

In the opinion of Rodrigo de Oliveira Faria, former coordinator of the budget process at the Federal Budget Secretariat, this negotiation will be essential for the Executive to recover the necessary instruments to establish priorities and organize its support base.

In recent years, congressional leaders have come to define the fate of a growing share of the budget, thanks to a deal struck by Jair Bolsonaro (PL) with central parties, which gave them control over billions of reais reserved for parliamentary amendments.

The arrangement expanded the scope of amendments by the budget’s general rapporteur, who set aside R$ 16.5 billion for electoral strongholds of deputies and senators this year. Opposition parties questioned the legality of these amendments in the Federal Supreme Court, which has not yet ruled on the judgment of the actions.

For Faria, the adoption of egalitarian criteria in the distribution of resources destined to these amendments, as suggested by several critics of the mechanism, would leave the next administration without an essential tool for the formation of a stable base of support in Congress.

The 1988 Constitution allows deputies and senators to amend the budget proposed by the Executive, but sets limits. How did Congress manage to expand the scope of these amendments so much? There were changes in the Constitution and a slow and gradual process of alteration of the internal norms that detail the procedures for the analysis of the Budget in the Legislative. This process reached its apex in the current government, but it began more than ten years ago.

The Constitution itself refers to the internal regulations of Congress the definition of rules for amendments. This made it possible to expand the possibilities for allocating resources by congressmen, going far beyond the technical corrections that are provided for in the Charter.

The internal rules give the general rapporteur of the Budget broad powers and leave it up to him to define the areas that can benefit from his amendments. Today, these rules allow the rapporteur to use his prerogatives to create all kinds of expenses.

Does this not contradict the principles established by the Constitution? The parties that went to the Federal Supreme Court to question the legality of the rapporteur’s amendments argue that they do. Auditors at the Federal Audit Court also think so. It will be up to the STF to decide whether there was abuse of prerogatives and something needs to be corrected.

The Supreme Court never got into the merits of the criteria adopted by Congress, particularly in the case of the rapporteur’s amendments. This was always considered to be a matter for the Legislature. If the STF makes new demands when judging these issues, it will be changing its jurisprudence.

Congress controls an increasing share of the resources available for investment and other discretionary expenditures. Why is this a problem? What the parliamentarians did was to reduce the Executive’s discretion, which before could redefine priorities during the execution of the Budget. Deputies and senators were making pilgrimages to ministries to get resources and this fueled many complaints.

Although many people see this type of action by parliamentarians as a problem, it meets the demands of society itself, which expects its representatives in Congress to bring resources to their constituencies. It’s legit, and it happens all over the world.

For the Executive, discretion in handling this money has always been essential for the formation of party coalitions that would support the government in Congress, because it could withhold the release of funds and privilege parliamentarians who supported it.

In the case of individual and bench amendments, this ended when the changes introduced in the Constitution made their implementation impositive, that is, mandatory. This eliminated the government’s discretion to control the release of these resources.

With the expansion of the scope of the rapporteur’s amendments, an instrument that was used exceptionally for punctual adjustments started to be used to create all kinds of expenses. The pendulum of discretion has swung from one extreme to the other and now it is with the Legislature.

The rapporteur’s amendments are criticized for being lacking in transparency and for the lack of equitable criteria in the distribution of money. Do these criticisms make sense? Transparency is improving. The systems developed to meet the demands made by the Supreme Court last year make it possible to verify where the resources are applied and who is responsible for the indications received by the rapporteur. Before, it was impossible to know.

In the case of individual amendments and bench amendments, the equal division became mandatory, by constitutional determination. But this created difficulties for the government, which relied on discretion in releasing these amendments to form its coalition.

There is not the same requirement in the case of the rapporteur’s amendments, which is why they have grown. This instrument has become essential for the government and its allies in Congress because it is now the only way to treat those who support the government and those who oppose it differently.

If an egalitarian criterion is adopted for the rapporteur’s amendments as well, as the auditors of the Federal Audit Court suggest, the toolbox that the Executive has to compose its support base in the Legislative will be completely dismantled.

The Executive can still control the rate at which resources are released. Yes, but this discretion has also been greatly reduced. In the case of individual and bench amendments, it is no longer possible, since they became mandatory. There are legal criteria established for the contingency of expenses, including those provided for by the amendments.

Even in the case of the rapporteur’s amendments, this became more difficult because the Constitution establishes that the execution of these expenses is a duty of the administration. That is, if they are not carried out, the ministries’ servants will be subject to actions by the control bodies.

Why have successive governments ceded so much space to Congress? At first, parliamentarians argued in favor of more egalitarian criteria in the release of resources, so that everyone would be met, regardless of support for the government. This was achieved by imposing individual and bench seams.

The expansion of the scope of the rapporteur’s amendments is an offshoot of this process, but the Bolsonaro government relinquished its prerogatives by ceding to the rapporteur-general the powers it had to control the distribution of money and the execution of these expenses.

Bolsonaro, like Dilma Rousseff (PT) before him, faced difficulties in the relationship with Congress and therefore ceded power. But nothing prevents the budget process from undergoing further changes and the president, with a general rapporteur aligned with him, from taking back part of his prerogatives.

Since redemocratization, the presidents of the Republic have always used the prerogatives of the Executive to define priorities in the Budget and articulate support in Congress. Bolsonaro gave up on that. If a space of power is not occupied, someone else will, and that is what happened.

Why would Congressional leaders give up the powers they’ve acquired? Reversing this process, so that the Executive resumes some of the prerogatives it ceded, will require a broad composition of the forces in Congress from the next government. Resistance will be significant, but any ruler who takes over will have to face the challenge.

Some things could be adjusted with changes in internal rules, without changing laws or constitutional provisions. A new government can use the composition of the ministry itself in negotiating with the parties, as was done in previous administrations.

In fact, the fact that the Bolsonaro government has banned party nominations for ministries is probably one of the explanations for the growth of amendments. As the governing parties were not attended to in the formation of the government, it was necessary to seek alternatives.

Do these practices pave the way for corruption by leaving so many resources under the control of the parties? At the beginning of the current government, a new policy was sold that indicated that the composition of a government with the parties that support it was not very republican. But such coalitions work well in democracies around the world, in presidential and parliamentary regimes.

Corruption is not inherent in this system, and there is no need for unrepublican, or corrupt, negotiations to be carried out in order for the parties that make up the parliamentary base of a government to occupy positions in the ministry. Sharing power is key in this process.

Corruption exists and needs to be tackled by any government that wants to meet society’s aspirations and execute legitimate expenditures. It is necessary to have a strategy to combat it with intelligence and close gaps that prevent the action of control bodies.

But I don’t see the changes made to the budget process as a deliberate strategy to divert resources. There is, indeed, a clear objective to reduce executive discretion, transfer prerogatives to Congress and empower its leaders. The pendulum has shifted.

Does the government use budget resources better than parliamentarians with their amendments? There are political criteria in the definition of expenses in Congress, but the same also occurs within the Executive when the allocation of funds is decided there. Some say the congressional allocation process is less efficient, but there is no solid evidence of this.

What there is, yes, is the need for a process of consultation, in which the Executive defines priorities and creates space for the approval of its measures and allocation of resources according to its priorities. Nothing prevents this from being done together with parliamentarians.

Federal public manager, he was deputy executive secretary of the Ministry of Justice from 2012 to 2016 and general coordinator of the budget process at the Federal Budget Secretariat from 2016 to 2020. studying for a doctorate.

Facebook
Twitter
Pinterest
WhatsApp
Previous article
Lapid: Yes in an agreement for two states, Israel and Palestine, but under conditions
Next article
Mônica Bergamo: Chef Mayra Toledo welcomes Marta Suplicy and Nelson Jobim at the launch of the book ‘May Macarons’