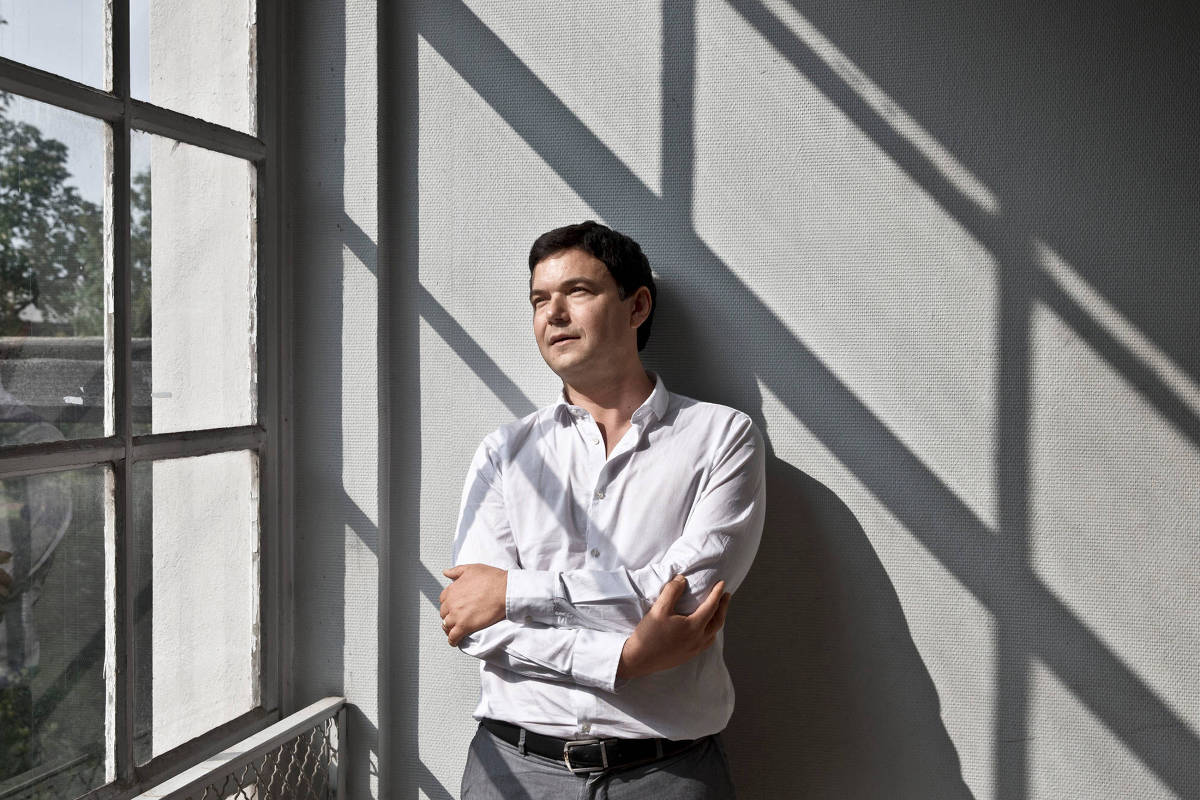 It was never out of empathy or a sense of social justice. The slow reduction of inequalities depends on the force — of revolutions, crises and laws imposed at times when space is created for a rule of law. French economist Thomas Piketty’s newest book, “A Brief History of Equality,” repeats this principle like a mantra.

In just over 200 pages and short chapters, the author delivers what he promises. He gives a condensed but illustrative and well-organized account of how the gaps between the bottom and top of the social pyramid have narrowed over the last 300 years.

A profusion of numbers proves the reduction of income and property inequalities, especially from 1914 to 1980, thanks to the advancement of the welfare state and the application of the progressive tax, which began to collect more taxes from the richest. There’s even a chapter on the topic, in which Piketty reaffirms that this was the moment of “mass distribution”.

But the little compendium does have a trick. In essence, it pushes the reader in the opposite direction — groping where stubborn inequalities can lead us. Piketty paints warnings, always with glaring examples, about how the holders of political and economic power reinvent alternatives to preserve themselves as far as possible from the less affluent majority.

The author emphasizes: “The resistance of elites is an unavoidable reality today (with its transactional billionaires richer than states), at least as much as it was at the time of the French Revolution. Such resistance can only be overcome through powerful collective mobilizations , and in moments of crisis and tension. Even so, the idea that a spontaneous consensus in relation to just and emancipatory institutions and that putting them into practice would be enough to break the resistance of the elites is a dangerous illusion”.

The economist elaborates on the perception that the world is heading towards a new stage in its quest to reduce inequalities, and points out gaps in different areas that can serve as a starting point for the tensions driving change.

Racism is one of them. An example: it became illegal in schools in the United States, a country that still in the 1960s separated whites and blacks in places as trivial as public restrooms and buses. However, segregation is still a cultural reality in everyday classrooms in southern states.

There are other walls, ethnic and religious. In 2015, French researchers sent thousands of CVs to job vacancies with the intention of measuring the level of prejudice towards surnames. The response rate was four times lower for Arab and Muslim candidates.

The gender issue is far from being pacified. Studies carried out in India with public office holders showed that the defense of the same argument, such as building a school, was considered more credible when made by a man than by a woman.

The chasms between nations are also deep, which, says the author, reflect the effects of colonialism and the increasingly tense disconnect between West and East.

Piketty highlights fiscal disparities. From 1970 to 2020, the tax revenues of the poorest countries stagnated at 15% of GDP (Gross Domestic Product). In African countries, such as Nigeria and Chad, they represent somewhere between 6% and 8% of GDP. Those in the richest countries, however, rose from 20% to 30% in the same period.

The economist also reports the historical debts between former rulers and former ruled. Haiti is one of the examples.

Payment to France for its independence is treated in the book as spoliation. The reign of Charles the 10th asked for 150 million gold francs to compensate for the losses of landowners and slaves. The value was equivalent, at the time (1825), to 300% of Haiti’s national income. The payment of this debt, which ended only in 1950, made any chance of developing the island unfeasible, which is still one of the most miserable places on the planet today.

Into the set of these old unresolved and potentially explosive disparities, Piketty adds new components with as yet unpredictable outcomes.

The biggest one is climate change. The polluting heritage is to the North. The United States, Canada, Europe, Russia and Japan have 15% of the world’s population, but represent 80% of the accumulated emissions since the beginning of the industrial revolution.

Today, most emissions come from the United States, and the least from Sub-Saharan Africa and South Asia. However, those who already suffer the impacts of global warming are in the second group. Piketty theorizes that cataclysms have the potential, though not measurable at this stage, to alter the order of the world as we know it.

“The mitigation of the effects of global warming and the financing of adaptation measures for the most affected countries (particularly in the South) demand a total transformation of the economic system and the distribution of wealth, which involves the development of new political and social coalitions. on a global scale. The idea that everyone would win is a dangerous and numbing illusion that we need to abandon as soon as possible.”

Another factor of change, already taken for granted by the author, although equally unfathomable, is the rise of China to the post of number one power on the planet.

Piketty believes that the Chinese regime will see climate change as an opening for political strength.

“In general, China does not refrain from remembering that it industrialized without resorting to slavery and colonialism, for which it paid the price. This allows it to score points on what is perceived by the world as the eternal arrogance of Western countries, always ready to give lessons to everyone in terms of justice and democracy, even if they are unable to face the inequalities and discrimination that corrode them, and agreeing for convenience with all the potentates and the oligarchies that benefit them.”

Tip. Be sure to read the notes. They are like additional chapters.