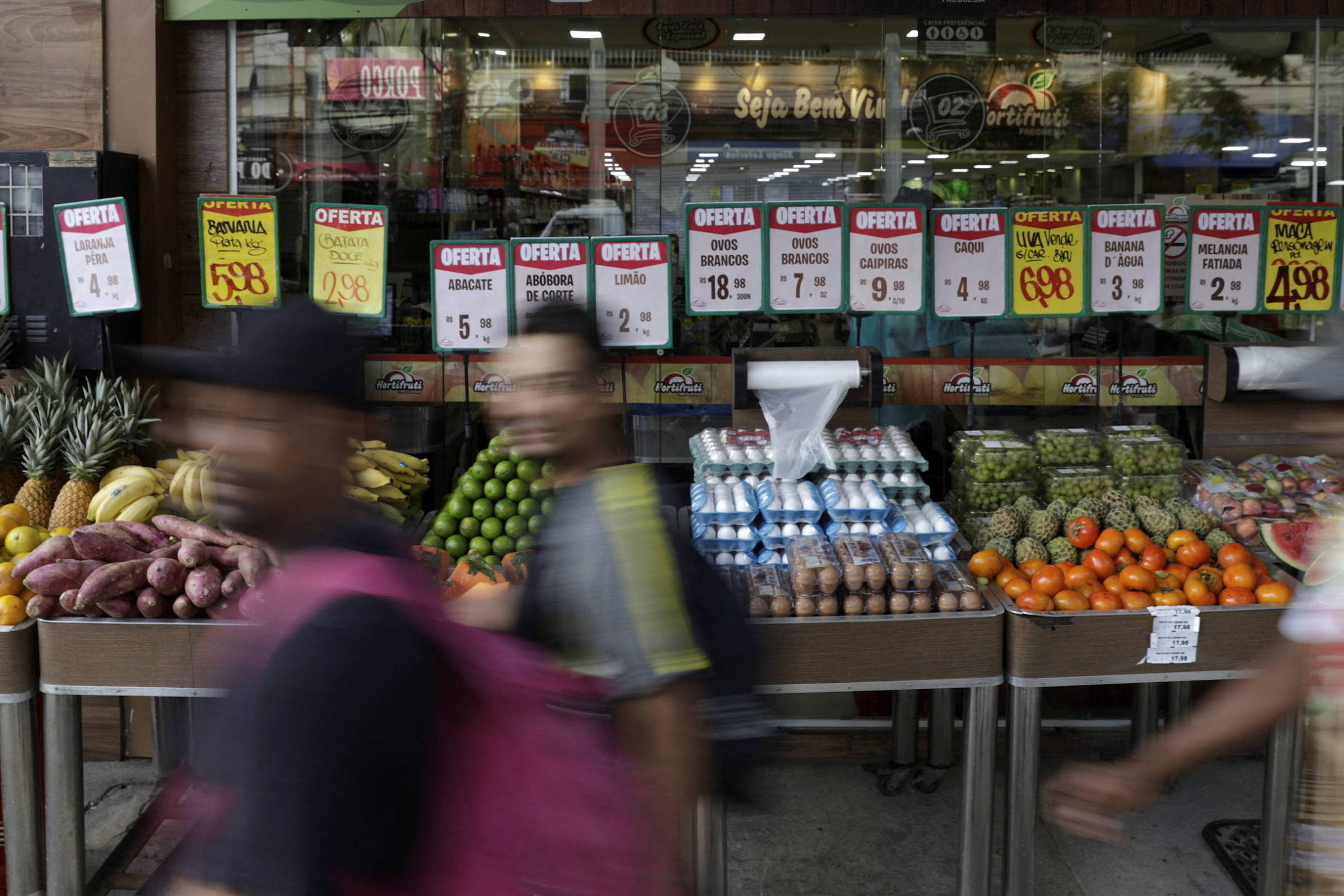 Basic food basket cheaper in August, but inflation in 12 months is 25.9%

After rising 2.56% in July, the basic food basket inflation index fell by 1.88% in August in Brazil, according to a study by professors of the economics course at PUCPR (Pontifical Catholic University of Paraná).

The drop is the largest recorded in a year by the survey. The historical series began in September 2021.

Despite the truce, the basic basket still accumulated a high of 25.9% in 12 months through August – the advance was 30.01% until July.

This means a rise in prices far above Brazil’s official inflation, measured by the IPCA (National Broad Consumer Price Index). Until August, the indicator rose 8.73%, according to the IBGE (Brazilian Institute of Geography and Statistics).

The basic food basket study is based on inflation data for 13 foods that make up the IPCA. Nine retreated in August.

A combination of factors generated relief for the basket in August, according to Jackson Bittencourt, coordinator of the economics course at PUCPR.

Part of food started a sequence of strong rises in the first semester, and the movement was expected to lose momentum, points out the professor.

According to him, better weather conditions are also beginning to benefit the production and supply of goods, while lower fuel prices reduce transport costs.

“We are coming out of the off-season, which has impacted products such as milk, and the climate has improved. We also see fuel prices falling. It is a disinflation process.”

This movement, however, does not mean that food is cheap, says Bittencourt. A sign of this is that, in the 12 months until August, milk accumulated a 60.81% surge, the highest in the basic basket.

According to Bittencourt, the inflation of the basic food basket tends to have new signs of truce until the end of the year in the wake of better climatic conditions for production and lower fuel prices.

However, according to him, the expansion of Auxílio Brasil on the eve of the elections could increase the demand for food and generate the opposite effect, slowing down the disinflation process.

“It’s a look that needs to be done. With demand pressure, prices may take longer to decrease”, says the economist.

Beef and milk are the main products that the Auxílio Brasil public stopped buying and intended to consume again after the increase in transfers to R$ 600, indicated in August a survey by Asserj (Association of Supermarkets of the State of Rio de Janeiro). ).

Last month, the price of the basic food basket decreased in 16 of the 17 capitals covered by a survey by Dieese (Inter-Union Department of Statistics and Socioeconomic Studies).

Even with the truce, only 5 of the 17 capitals analyzed by Dieese had a basic food basket below R$ 600, the value of Auxílio Brasil.

When comparing the cost of the basket and the net minimum wage, after the 7.5% discount from Social Security, the worker paid by the national floor committed, on average, 58.54% of income to purchase food in August, he says. the Dieese.

Facebook
Twitter
Pinterest
WhatsApp
Previous articleThe virus that destroys cancer and could revolutionize treatment of advanced tumors, according to scientists
Next articleDeath of more than 70 migrants in shipwreck opens up crisis in Lebanon