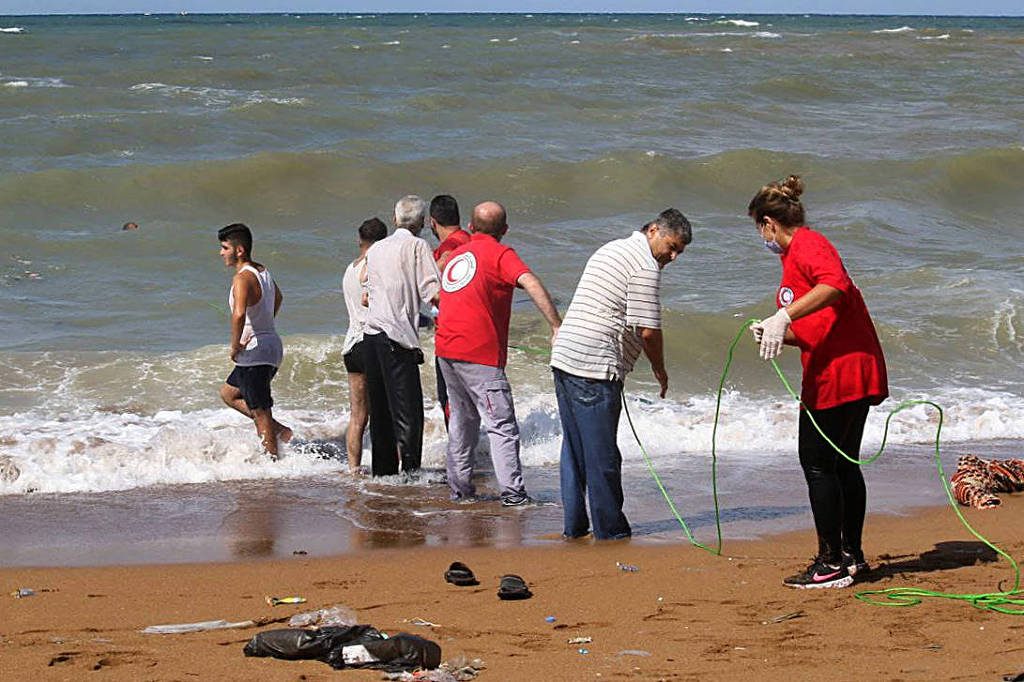 At least 73 migrants who left Lebanon on a boat bound for Italy died off the coast of Syria, according to the current balance of the accident, which took place this Thursday (22).

It is the deadliest shipwreck recorded in recent years in Lebanon, a country where despair over a serious economic crisis has led many to venture into fragile and overcrowded boats in the hope of reaching Europe via the Mediterranean Sea. Many head to the island of Cyprus, which is 175 km off the Lebanese coast.

Syrian Health Minister Hassan Al Ghubach said in a statement that the toll of 73 victims was still provisional and that 20 people were being treated at a hospital in Tartus, a coastal city in Syria.

According to survivor accounts, the boat departed the Minyeh region of northern Lebanon on Tuesday with between 120 and 150 people on board.

According to Lebanese Transport Minister Ali Hamie, most of the migrants were Lebanese and Syrians — there are more than 1 million of them living in Lebanon as war refugees. Palestinians living in a refugee camp said several dozen people on board came from that camp.

Hamie said the boat was “very small” and made of wood and that these crossings take place almost daily and are organized by people who don’t care about safety.

People who feared their relatives were among the dead gathered at the Syrian border, where the bodies were supposed to be taken later in the day.

Authorities are continuing their search tasks to find possible survivors in one of the largest rescue operations ever organized at the meeting.

Tartous is the southernmost of the main Syrian ports and is just over 50 kilometers north of the Lebanese port city of Tripoli.

Among the survivors, Wissam Al Talawi, a family man who lives in Tripoli and hails from Akkar, another impoverished region in northern Lebanon, was hospitalized, his brother Ahmad told AFP.

The bodies of his two daughters, aged five and nine, were repatriated to Lebanon and buried on Friday, Ahmad added. Talawi’s wife and two children remain missing.

“They left two days ago,” Ahmad said. His brother “couldn’t cover the daily expenses nor the cost of enrolling his children in school,” he continued.

Lebanon is experiencing one of the deepest economic crises in the world, and the number of people who left or tried to leave the country by sea almost doubled in 2021 compared to 2020. This year, it has increased again by more than 70% compared to the same period last year. last year, according to the United Nations refugee agency, UNHCR, told Reuters earlier this month. From January to August, 1,826 people tried to escape the country via the Mediterranean.

In addition to the Lebanese themselves, many of those traveling to Europe are refugees from Syria and Palestine who used to live in the country.

According to the government, human traffickers charge the equivalent of R$20,000 for crossing the Mediterranean.

On Monday and Tuesday of this week, Cyprus mobilized search and rescue teams after, within hours, two ships carrying migrants from Lebanon issued distress signals. There were 300 people on one vessel and 177 on the other. All aboard were rescued, the island’s Joint Rescue Coordination Center said.

In April, a boat departing from close to Tripoli sank during an interception by the Lebanese navy off the coast. About 80 Lebanese, Syrian and Palestinian migrants were on board, of whom around 40 were rescued, seven were confirmed dead and 30 remain officially missing.

The Lebanese currently have sporadic access to electricity, fuel and water. Medicines are also lacking and many people go hungry.

Facebook
Twitter
Pinterest
WhatsApp
Previous articleBasic food basket cheaper in August, but inflation in 12 months is 25.9%
Next articleLess serious pandemic suffocates the mask and gloves industry, but heats up the pins and prosthetics industry