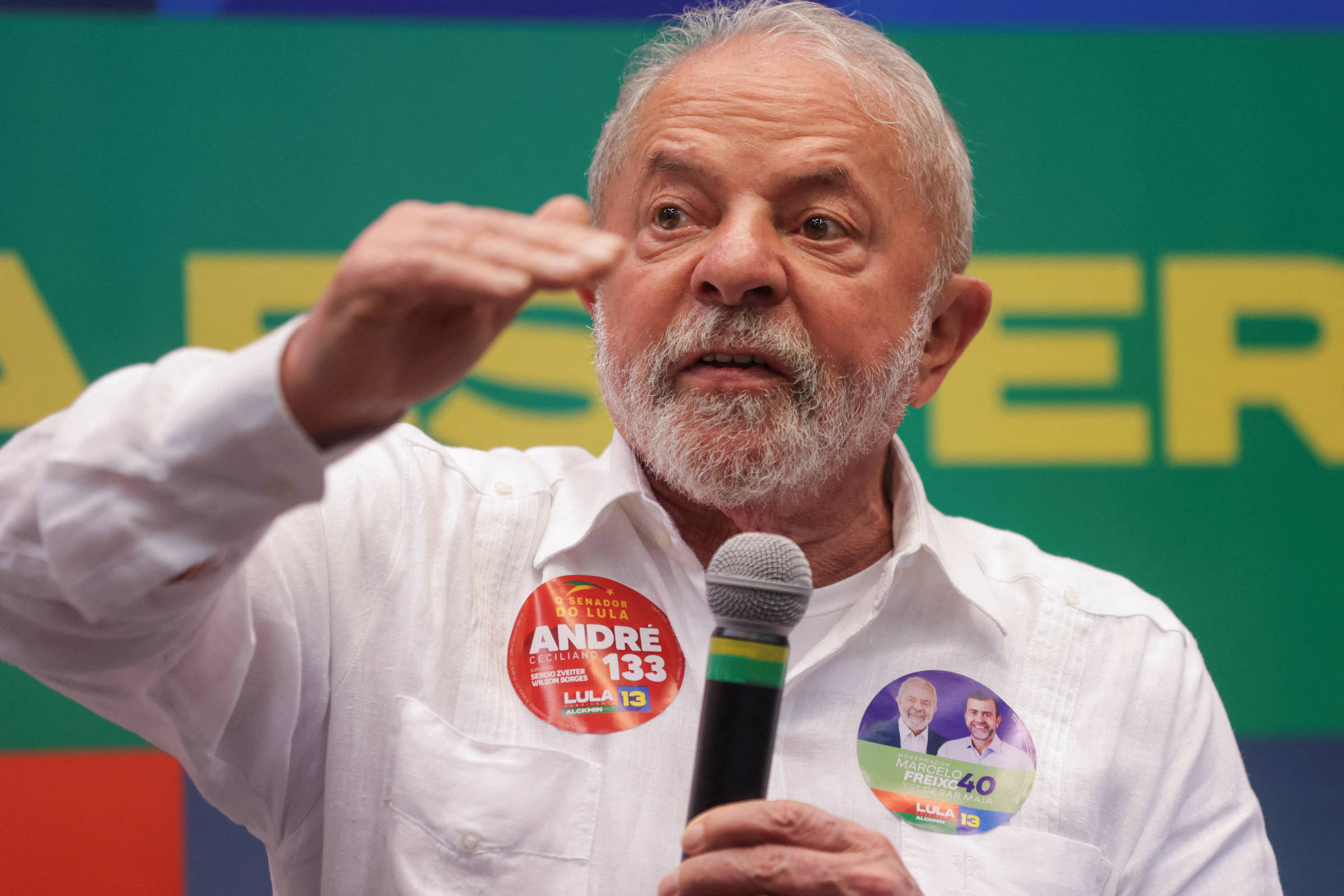 Luiz Inácio Lula da Silva’s (PT) campaign is evaluating the creation of sovereign guarantee mechanisms to facilitate the entry of the private sector into investments, especially in infrastructure, if he is elected.

The instrument would allow the Union, through funds or institutions such as the BNDES (National Bank for Economic and Social Development), to assume part of the risks involved in these ventures, which are generally longer term and subject to uncertainties that may reduce the appetite of investors.

The use of guarantees to boost credit intensified in the Covid-19 pandemic, when several micro and small companies ran out of cash and needed capital to pay salaries, but the source of funding dried up due to the high perception of risk amid the crisis. .

The Jair Bolsonaro (PL) government injected more than BRL 60 billion in guarantee funds to facilitate loans to these companies and the lines were exhausted more than once during the execution.

In the PT campaign, the proposals are discussed in view of the diagnosis that a robust plan for the resumption of investments will need to mix public and private resources, given the country’s fiscal situation and the greater difficulty in injecting new money into state banks – as was done in previous PT administrations.

“The amount of investments that Brazil will need to make in the coming years is very high. You can’t say ‘I don’t like the public, I’ll just do it privately’, or ‘I don’t like the private, I’ll just do it [público]’. One complements the other”, says economist Guilherme Mello, coordinator of the Napp (Public Policy Monitoring Center) of the Perseu Abramo Foundation and who collaborates with the PT program.

According to him, there are projects that can be taken off paper via concessions, others that will need a guarantee or state credit and there are also infrastructure works that will have to be led by the State. “You can’t exclude any type of financing.”

Federal deputy Alexandre Padilha (PT-SP), who has been talking on behalf of the party with interlocutors from the financial market and the business community, says that guarantees are used by development banks in countries such as Germany and South Korea and can serve not only investment in infrastructure, but also to facilitate the debt renegotiation of low-income families —a measure that is in the campaign’s plans.

“These instruments help to leverage private credit and mobilize private banks for logistics projects, which help to unlock obstacles to growth, to reduce investment costs in Brazil and to support micro and small companies”, says Padilha .

“Funds can be important instruments, for example, to mobilize the private banking sector to support the resolution of small volumes of debt of many Brazilian families”, he adds.

One of the proposals brought to the PT campaign calls for the BNDES to finance part of an infrastructure project, accepting the last payment in case of financial difficulties or insolvency of the borrower. The instrument is called a subordinated share. The senior shareholder would be the private investor, with preference for receiving the amounts.

For example, the bank could finance 40% of the value of the operation, assuming most of the risk by being at the end of the line, while the private partner would enter with 60% and would be less exposed to possible losses, precisely because it has priority. The values ​​are illustrative and do not yet represent a decision by the campaign on the functioning of the model, which is being analyzed internally.

The evaluation is that the design contributes to the reduction of costs for the borrowers, who will be responsible for the development of the project. The fees charged in each contract would be agreed between the bank and the private partner in the operation — which, in the view of the model’s defenders, maintains the market logic and makes the decision less subject to political interference.

Economists linked to the campaign believe that the format has the potential to boost sectors considered strategic, but which today depend mainly on public funding to develop, such as social infrastructure. Today, segments such as energy and transport and logistics have greater access to the private market due to the nature of their services – many collect fees and have revenues to offer as a guarantee of return.

Members of Lula’s team also see the BNDES as an essential arm in assisting small and medium-sized companies and in promoting energy, ecological and digital transitions. There is a discussion about including another S in the bank’s acronym, representing the word Sustainability, but there is still no definition on this point.

“We want to focus the BNDES on some tasks. First, help in the financing of small, micro and medium-sized companies. They generate a lot of employment, but they also need to be competitive, have credit to innovate, increase productivity”, says Mello.

“The BNDES will also have the mission of helping to finance the transitions that we call social and environmental missions. It can play a role in financing low-carbon activities or carbon capture”, says Mello.

A factor of difficulty for eventual plans in the modality of credit concession, in the evaluation of the PT campaign, is the change in the interest rate of BNDES loans. Since 2018, the contracts are linked to the TLP (Long-Term Rate), linked to the real interest that the country pays on its debt securities – that is, a market cost. It replaced the TJLP (Long-Term Interest Rate), which was lower by a government decision and ended up imposing non-explicit costs on the BNDES’ credit policy.

The resumption of the TJLP is not considered viable by some interlocutors, but the possibility of granting a kind of discount on the TLP for projects considered strategic, such as those linked to the green transition, is under discussion. The mechanism resembles subsidies granted in some regional constitutional fund funding.

Another option taken to the campaign involves the use of public bonds to supply a fund that guarantees PPPs (public-private partnerships) of states and municipalities.

On this front, the diagnosis is that the legal framework for the operation of these funds already exists, but the regional governments do not have liquid assets (that is, that can be quickly converted into cash if necessary) to make contributions and provide security to investors in that they will be reimbursed in case of need.

Without a guarantee, some investors may have a greater perception of risk and less appetite for the business, since some PPP contracts provide that the private partner first makes the investments and then receives for the service provided. In addition to the mismatch between these flows of expenses and income, uncertainty prevails in relation to the receipt of values, which can be judicialized and end up in a line of precatories (as the judicial debts of public entities are called).

Caixa Econômica Federal already manages some PPP guarantee funds, an instrument provided for in a 2004 law. But the diagnosis in the campaign is that this mechanism still has low traction and could be used on a larger scale.

Although there is still no defined design for this policy, there are discussions about the possibility of this guarantee fund prioritizing projects with certain characteristics or aimed at certain sectors, in line with the green transition strategies. Today, there are PPPs in the areas of education, health and urban mobility, for example.

What do government programs say?

Facebook
Twitter
Pinterest
WhatsApp
Previous article
NASA will make another attempt to launch Artemis 1 mission to the Moon
Next article
Britain: The rail network is paralyzed today due to a 24-hour strike