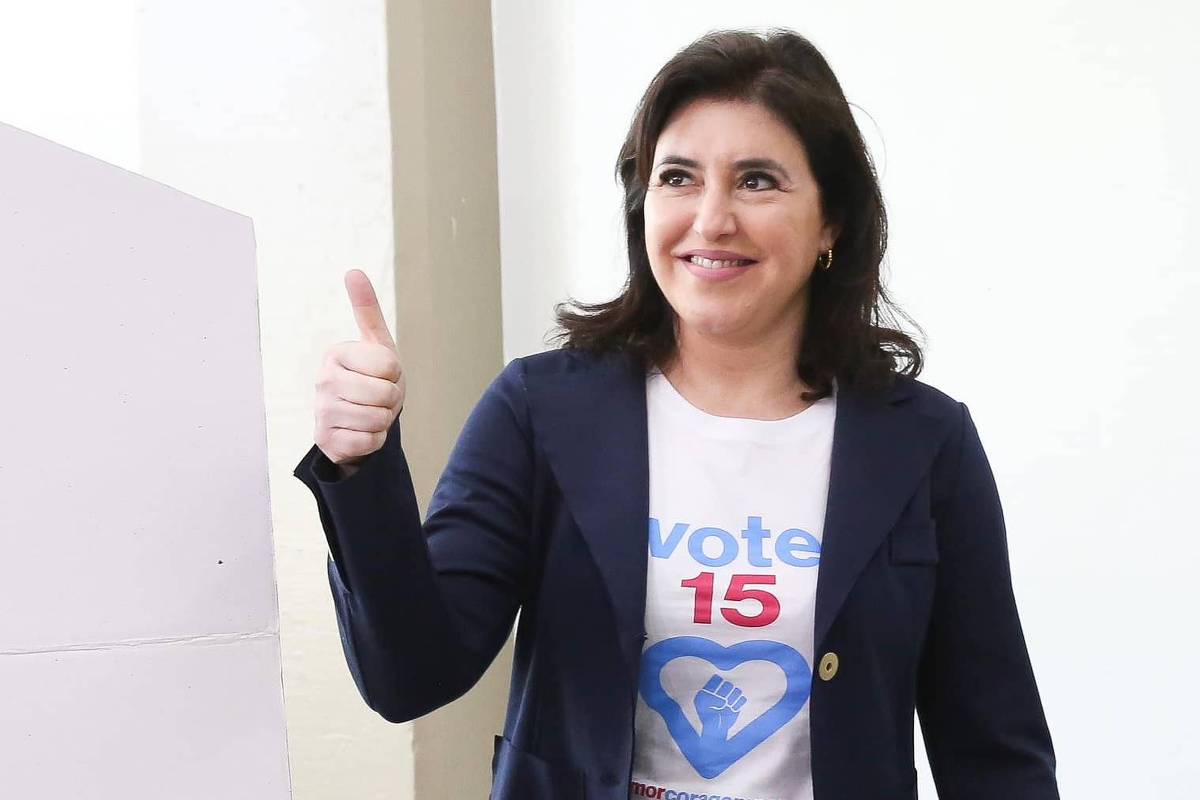 The poll results this Sunday (2), which brought the prospect of a tight second round between Luiz Inácio Lula da Silva (PT) and Jair Bolsonaro (PL), was received with disappointment among supporters of the third way in the business community, who predict important role of Simone Tebet (MDB) in the coming weeks. The expectation is that the result will fuel instability in politics and the economy.

Among the signatories of a manifesto of economists and businessmen who declared their support for Tebet in June, there is still no position defined by one of the two candidates remaining in the race. The Emedebista candidate came in third in the first round.

“We lost the chance to elect a candidate with very well-structured proposals, represented by Simone Tebet, who could put an end to an evil polarization, which will certainly last in the next term, whoever wins the second round wins”, says Antonio Carlos Pipponzi, president of board of the pharmaceutical retail giant RaiaDrogasil.

This Sunday, Brazil appears to be “a conservative and unfair country”, in the opinion of businessman Horácio Lafer Piva, who was one of the biggest enthusiasts of the third way in the private sector. Piva is one of the members of the trio of businessmen, alongside Pedro Passos (Natura) and Pedro Wongtschowski (Ultrapar), who have made a series of demonstrations in defense of Brazilian institutions in recent months.

“And the paradox is that it is social injustice that makes it that way. I respect the polls, I regret the incompetence of polls, I fear democracy and I will fight for it”, says Piva. He notes that the day was not aggressive, although tense, but the world will be intrigued, which is not good for the economy.

“We were surprised by results that show that our analyzes are flawed. Investors do not like risk, and information asymmetries are not good. They will need time to interpret what happened, and this weakens opportunities that Brazil offers”, said the businessman.

Executive Maria Silvia Bastos Marques, former president of BNDES and Goldman Sachs in Brazil, who also signed the pro-Tebet manifesto in June, states that “the big losers in this election were the research institutes that made a very significant mistake in every election”. For her, the numbers may have had implications for voters’ votes.

For Laércio Cosentino (Totvs), another signatory, the only certainty at the moment is that the voters of Tebet and Ciro Gomes (PDT) will decide the election. “The influence of each of the two in the second round vote of their voters will be limited, since the decision will be ideological”, he says.