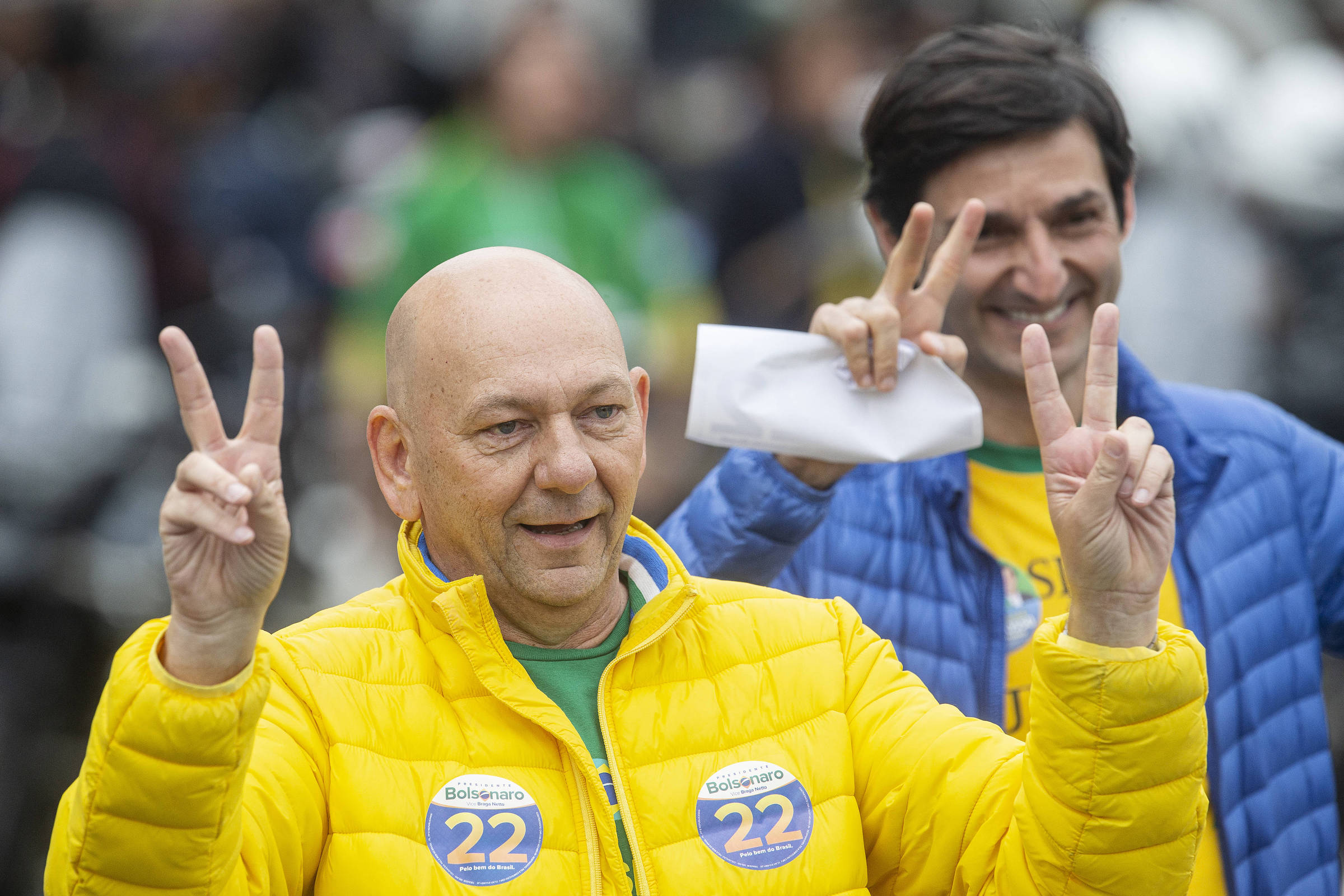 Bolsonaro businessman Luciano Hang celebrated this Sunday (2) the result of the polls, which takes Luiz Inácio Lula da Silva (PT) and Jair Bolsonaro (PL) to the second round.

In a note released by WhatsApp, since he has blocked social networks, Hang said that this election “is a spiritual war”.

The businessman also stated that it is a dispute of ideologies and not of “picanha and beer”, repeating an expression that Lula often uses to refer to a favorable economic scenario for the population’s consumption.

“Brazilians have to understand what is at stake so that they can vote with more awareness. It is the future of each one’s family and of the next generations”, said Hang, in his statement.

She also made an analogy with football to comment on the result. “The first half is over. The game is only over when it ends. We will play the second half with even more will and dedication”, she said.

Hang has had social media blocked since August by decision of Minister Alexandre de Moraes, of the Federal Supreme Court (STF), based on the revelation of the existence of a WhatsApp group with other Bolsonarista businessmen in which a coup was defended if Lula wins the election. .

Facebook
Twitter
Pinterest
WhatsApp
Previous article
Second round likely to worsen an urgent economic debate, say columnists
Next article
Of the 125 killed in a football match in Indonesia, 32 were children.