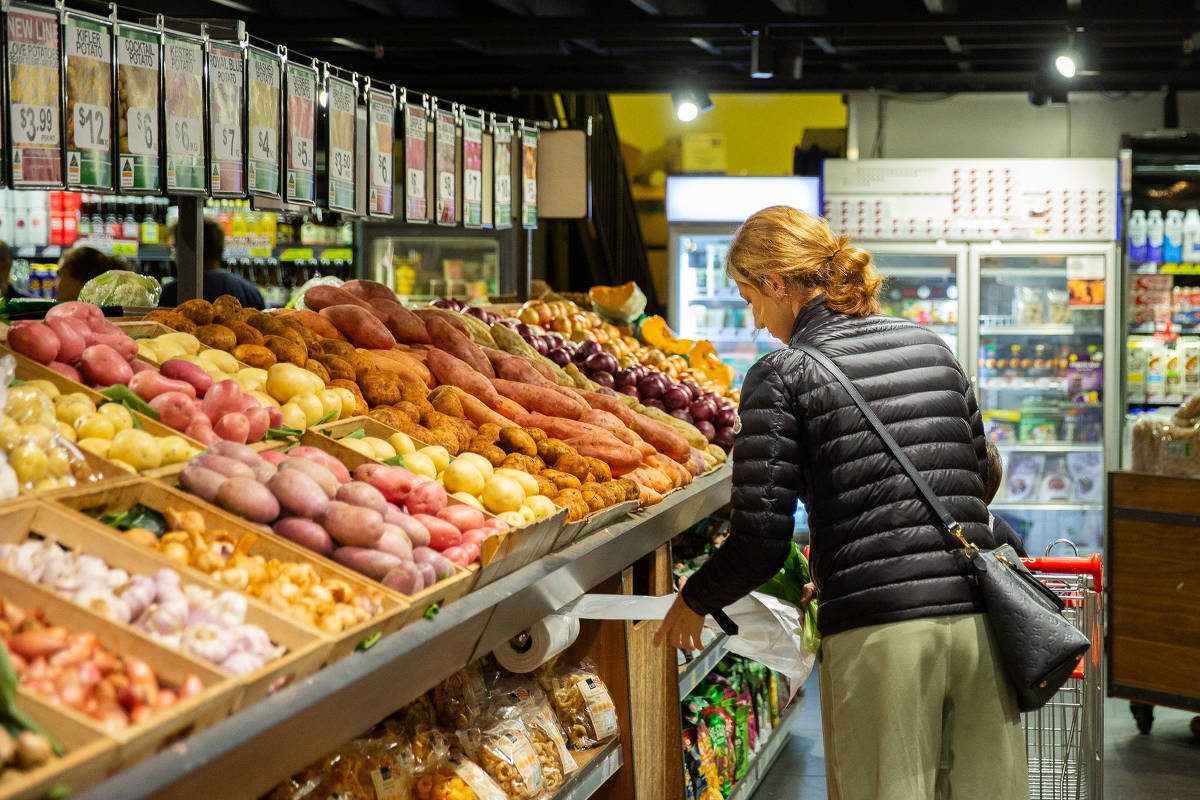 Even with the drops in world food prices in recent months, the current level still surpasses the records recorded in 2008 and 2011.

According to FAO, food prices fell for the sixth consecutive month, accumulating a 15% reduction. Despite these drops, they continue to put pressure on consumers’ pockets around the world.

In 2008, the increase occurred due to the international crisis originated in the USA. In 2011 and 2012, climatic effects caused a reduction in productivity and crop failure, both in the US and in South America.

The current acceleration in prices has been going on for two years, but it was much more pronounced in 2022, especially after the war between Russia and Ukraine.

The average prices for 2021 and 2022 are 43% higher than those of the immediately preceding five years, according to FAO.

Even with the current adjustments, the reduction still collides with low inventories, high fertilizers, energy costs and climate crises that are spreading around the world.

Problems not satisfactorily resolved in exports from Ukraine and Russia are also concerns for the coming months. On the other hand, the tightening of interest rates to combat inflation has consequences on the pace of the economy and demand.

Brazil, says the FAO, effectively participates in this current downward trend in food, supplying more beef and more sugar to the foreign market, products that have seen world prices drop.

In September, Brazil exported a record 231,000 tonnes of “in natura” and processed beef, according to Abrafrigo (Brazilian Association of Refrigerators), which was based on statistics from Secex (Secretariat of Foreign Trade).

With regard to sugar, the drop, which has already reached five consecutive months, is due to better prospects for the product’s supply in Brazil.

According to FAO analysts, however, limited world supply makes declines difficult. Concerns about inflation continue, including in Brazil. The effect of reducing fuels is wearing off, and the fall in food is already at a slower pace.

Data from Ceagesp (a grocery store in São Paulo) indicated, this Monday (10), that the average prices of vegetables and fruits rose 2.4% in September, compared to August.

FAO data show that, while meats, milk, vegetable oils and sugar have moderate declines, cereals are going against the grain and rising.

Current prices for these products are still 4% higher than the 2011 record; and those of milk, 10%. Vegetable oils and sugar are below their peaks for that year. Meat, on the other hand, remains high at 8%, but above the average values ​​of 2014, the period of greatest pressure for this protein.

The rise in grain prices in September is due to wheat, which rose again. Supply uncertainties in the Black Sea countries and drought in some producing countries, such as Argentina, keep prices high.

In addition, wheat has been replacing part of corn, due to the lower supply of this cereal in several countries.

Rice is also on the rise. A lower-than-expected harvest in China, a change in policy on exports from India and floods in Pakistan, important countries in world supply, supported the increase.

World production drops to 513 million tonnes this year, and world stocks are down to 193 million. Brazil, with the devalued real, will be able to gain share in the foreign market of this cereal.

Rice is a product with reduced world trade. In this harvest, there will be only 53 million tons, 10% of production. Soy moves 43%.

According to Amis —a body created by the G20 agriculture ministers—, wheat, corn and soybean production grows this season, but stocks are low. The rice harvest is already in decline. Amis focuses on the production and supply of wheat, corn, rice and soybeans and was conceived after the strong price swings in 2008 and 2010.