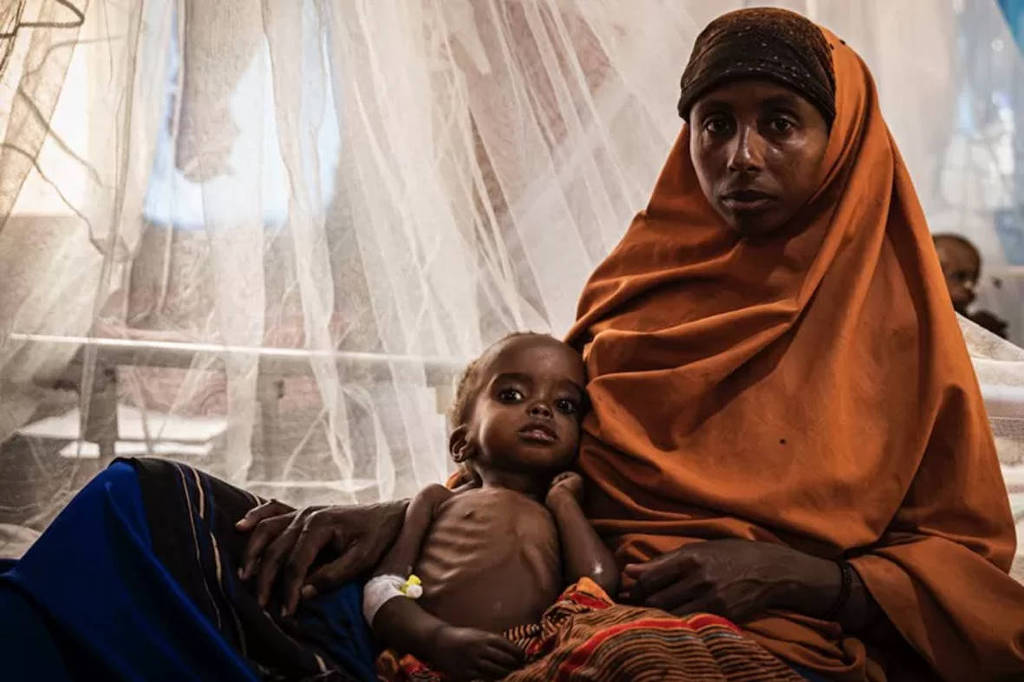 Rats, Bones and Mud: The ‘Food of Despair’ That the Hungry Turn to to Survive

Hunger, poverty, war, disease—there are many factors that can dramatically alter what we eat.

Severe hunger and malnutrition are a daily challenge in many parts of the world and their scale is truly gigantic: the UN (United Nations) WFP (World Food Programme) says that “up to 828 million people go to bed hungry every night” and “345 million are facing acute food insecurity”.

Ahead of World Food Day on 16 October, the BBC spoke to four people from different parts of the world who had experienced extreme hunger and asked how they survived.

‘Rat meat is the only thing I can buy’

“I have been eating mice since childhood and have never had any health problems. I feed my granddaughter, 2, mice. We are used to it,” says Rani, who lives in southern India.

The 49-year-old lives near Chennai and is part of one of the most marginalized communities in the country — she dropped out of school after fifth grade.

In India’s hierarchical caste-based social structure, her people have suffered years of discrimination, and Rani works for an NGO that rescues people from her community — the irula — who are trapped in servitude schemes.

“We have always lived outside the cities and towns. Our parents and grandparents told us that they sometimes had nothing to eat – not even tubers. In those difficult times, rats provided us with the food we needed,” Rani told the BBC. “I learned to catch them from a very young age.

The survival skills Rani acquired as a child now help her own family eat — they cook mice at least twice a week.

The irula eat a species of mouse found in rice paddies, not those normally found in homes.

“We peel the skin of mice and grill the meat over a flame and eat it. Sometimes we cut it into small pieces and cook it with lentils and tamarind sauce,” says Rani.

Grains hidden by the mice in their burrows are also collected and eaten by the irula.

“I can only afford to eat chicken or fish once a month. Mice are available in abundance and are free,” she adds.

The UN says Somalia is facing a catastrophic famine and the country’s worst drought in 40 years that has forced more than a million people from their homes.

Sharifo Hassan Ali, 40, a mother of seven, is one of them.

She had to abandon her village and traveled more than 200 km — mostly on foot — from the Shabeellaha Hoose region to a temporary settlement on the outskirts of the capital, Mogadishu. She took five days.

“During the trip, we only ate once a day. When there was not much food, we fed the children and we went hungry,” she says.

On the way to the capital, she witnessed some shocking scenes. “The river has completely dried up. It has had little water flowing for years, so we had to drink muddy water,” says Hassan Ali.

“I saw hundreds of dead animals on the way to Mogadishu. People are even eating the carcasses and skins of the animals.”

Hassan Ali used to have 25 cows and 25 goats. All died in the drought. “There is no rain and nothing is growing on my farm,” she says.

She now earns the equivalent of less than R$11 a day washing other people’s clothes — not enough to pay for food.

“I can hardly buy a kilo of rice and vegetables with that, and it’s never enough for everyone. This drought has been very hard on us.”

She gets help from some humanitarian agencies, but says it’s not enough. “We have nothing,” says Hassan Ali.

‘My family depends on discarded skin and bones’

For the past two years, Lindinalva Maria da Silva Nascimento, a 63-year-old retired grandmother from São Paulo, has been eating bones and skin discarded by local butchers.

The pensioner has a daily budget of just R$21 to feed herself, her husband, a son and two grandchildren. She can’t buy meat, so she goes to different butchers and buys chicken carcasses and skins. Even though it costs around R$3.70 per kilo.

“I cook the bones with pieces of meat that remain on the skin and add beans for flavor.”

The chicken skin, she says, is fried in an oil-free pan, and the fat that accumulates is then collected and stored. Lindinalva keeps mayonnaise and cream cheese in empty jars and then fries other foods.

“I don’t even think about buying fruits, vegetables or sweets. Before, I had a freezer full of meats and vegetables, and the fridge had cabbage, tomatoes, onions, there was a lot,” he says. “Today is empty, and the only thing I have is an onion in the fruit bowl.”

Lindinalva lost her job during the pandemic, and her son is also unemployed.

“I rely on food donations from people I know and I also rely on the help of the local church. That’s how I survive,” she says.

More than 33 million people in Brazil live with hunger, according to a recent report by the Brazilian Food Security Network. The study released in June also found that more than half of the population is food insecure.

She says she has to eat as little as possible to preserve food.

“I also survive thanks to my faith that things must get better at some point.”

‘My children and I survive on red cactus fruits’

“There is no rain and there is no harvest. We have nothing to sell. We have no money. I cannot afford to eat rice.”

Fefiniaina is a 25-year-old mother of two from the island of Madagascar in the Indian Ocean.

Two years of poor rains destroyed crops and decimated livestock. This is pushing more than 1 million people into starvation, according to the UN.

Fefiniaina lives in the city of Amboasary, one of the areas most affected by the drought. She and her husband make a living selling water.

“When I earn some money, I buy rice or cassava. When I have nothing, I have to eat the cactus fruit or go to bed with nothing,” she tells the BBC.

“Most people here eat cactus fruit. It tastes like tamarind. We’ve been eating it for the past four months, and now my two kids have diarrhea.”

The fruit can help keep the Fefiniain family alive, but it doesn’t provide the vitamins and minerals they need — their 4-year-old son is among many receiving treatment for malnutrition.

“When there is a little rain, we can harvest something. We can eat sweet potatoes, cassava and fruits”, says Fefiniaina. “And we don’t need to eat cactus fruit.”

WFP says the world is hungrier than ever and attributes this “seismic hunger crisis” to four factors: conflict, climate shocks, economic fallout from the Covid-19 pandemic and rising prices.

But the organization says that money alone will not end the crisis: unless there is a political will to end conflicts and a commitment to curb global warming, “the main drivers of hunger will continue unabated”, concludes the report.

With a report by Felipe Souza, from BBC News Brasil in São Paulo. This text was published here.

Facebook
Twitter
Pinterest
WhatsApp
Previous article
ESG investment seeks profit and way out of identity crisis
Next article
Iranian protester on SKAI: We know they can kill us