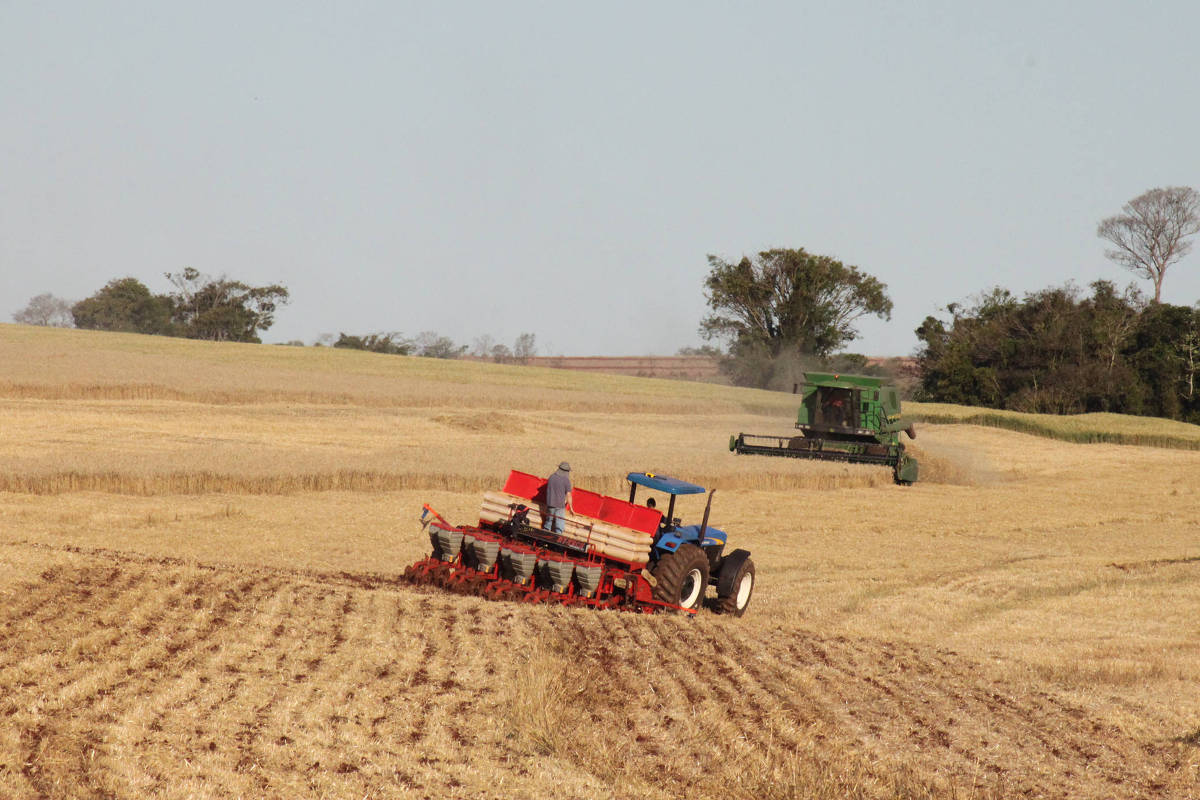 Shuttle: Soybean planting starts in turmoil from MS to RS

All the rain that was missed last summer, which caused a sharp drop in agricultural production, is now coming. As a result, soybean planting in several regions of Mato Grosso do Sul, Paraná, Santa Catarina and Rio Grande do Sul is very slow and at a slower pace than the historical average.

The problem does not only occur in Brazil, but also in Paraguay. Argentina, the third largest soy producer in the world, may experience a period of drought during planting.

Given this scenario, Fernando Muraro, from AgRural, believes that the national soybean crop, which is being projected at up to 153 million tons, could be close to 150 million.

We are betting on a very high productivity, based on the previous harvest, for states in the Midwest and Matopiba, which may not be confirmed.

According to him, given the increase in the planted area to 43 million hectares, the crop should grow, but it will only reach 153 million tons “in the best of all worlds”. If there is any climate mishap, it could go back to 147 million.

With that, within a normal climate and productivity, the crop would be between 149 million and 150 million tons, he believes.

As in Brazil, Paraguay also suffers from excessive rainfall at this time of year. Some producers, to avoid the arrival of the rains, at the same time that they were harvesting the wheat, entered with the tractor sowing the soybeans a few weeks ago.

Despite the difficulty of planting this year, last year’s harvest was so affected by the drought that production in 2022/23 will be higher than the previous crop.

Paraguay, which managed to produce just 4.2 million tons of soybeans last year, is expected to obtain 12 million in the crop being sown.

Argentina, which also had a break and obtained 44 million tons this year, should reach 51 million next year.

Looking at these numbers, Muraro says production is back on track after a year of strong drought interference in 2021/22.

Data from Conab (National Supply Company), AgRural and Usda (United States Department of Agriculture) indicate that the crop being sown could reach 218 million tons in South America, 38 million more than that obtained in this year.

Following a productivity trend, Rio Grande do Sul, which obtained only 24 bags per hectare in the 2021/22 crop, should reach 51 bags in this one. Paraná rises from 36 to 56; and Mato Grosso, after the record of 62.3 bags, is slightly below.

Faced with so much uncertainty, soy marketing is very slow this year, according to Muraro. Until September, future sales for the 2022/23 crop amounted to just 17%, the lowest percentage in eight years. On average over the last five years, sales reached 35% for the period.

Avian influenza continues to seriously affect poultry farming in the United States. The disease, which began at the beginning of this year, now has 548 outbreaks and affects 42 states in the country.

There are already 48 million birds affected, a number that is close to the record of 50.5 million in 2015, when the country was also affected by the disease.

As in Europe, Americans are struggling to control the virus. It was expected that in the summer the circulation of the disease would decrease in intensity, which did not happen.

Europe, which has the disease spread across 20 countries, also has an increasing number of affected birds. There are already 50 million that have been eliminated.

Brazil is free from the virus, as well as not registering African swine fever, another disease that has already entered the Americas.

The occurrence of these diseases further accentuates the effects of inflation, especially in the United States. Poultry production declines in several states, protein supply falls, and prices rise.

In the state of Iowa alone, 13.4 million birds have been affected. The effect of the disease is also spreading to the country’s exports, since large importers, such as China, do not buy products from the affected states.

Wine Chilean exports of wine with denomination of origin total 344 million liters from January to September, 6% more than in the same period in 2021.

wine 2 Of this volume, 51.5 million liters, 2.3% more than last year, came to Brazil, the largest importer in this category. The data are from the Ministry of Agriculture of Chile.