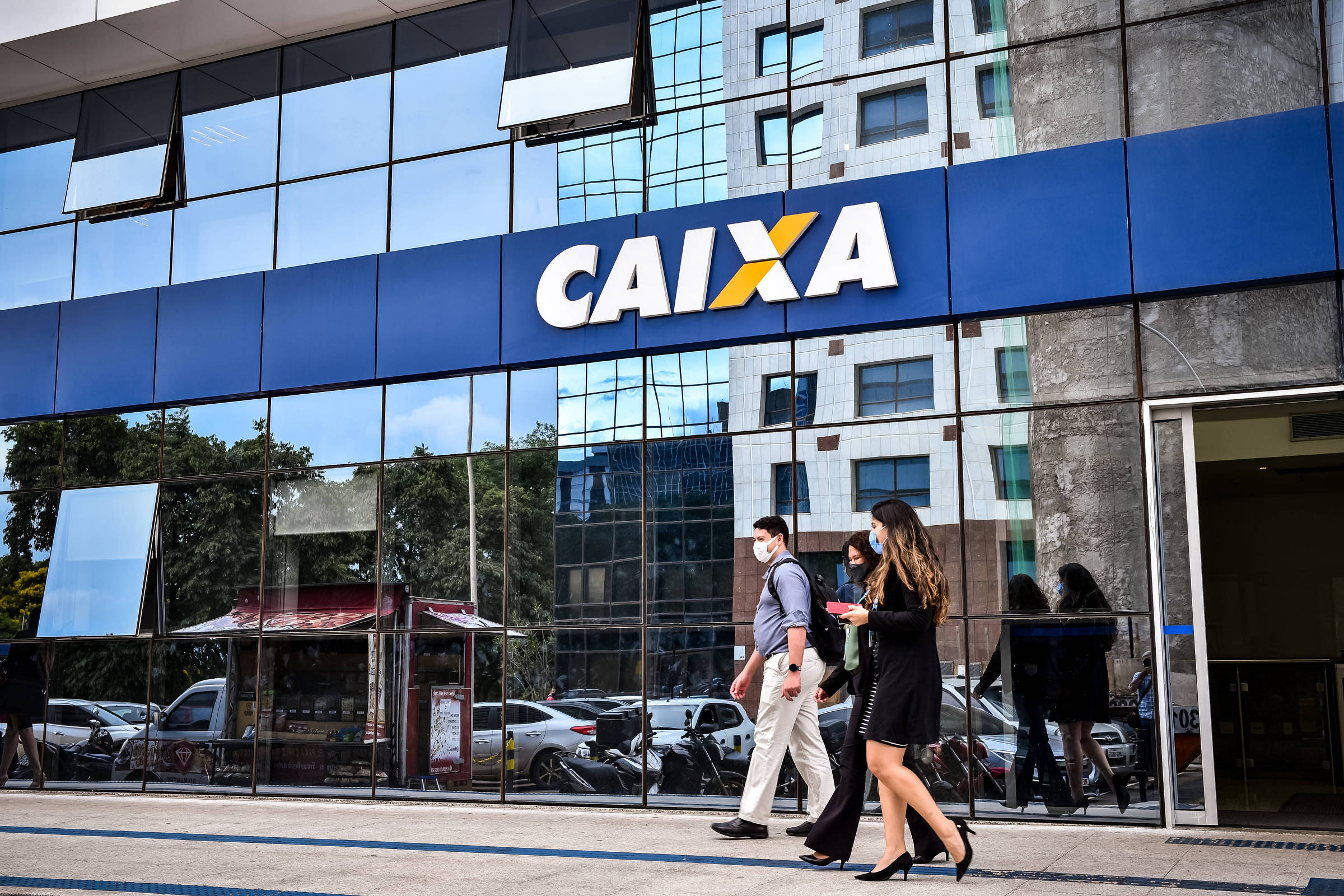 Loan cancellation, delay in releasing the credit, charging an extra fee and even the practice of tying are among the main complaints of those who requested the Auxílio Brasil consignment at Caixa in the first ten days of credit release.

According to reports, failures in the bank’s system would be causing the systemic cancellation of contracts, even for those who meet the required criteria.

This Friday (21), Caixa interrupted the consignment operation for system maintenance. Until 7 am next Monday (21), it will no longer be possible to request credit in any of the service channels.

The bank, which reported an explosion of accesses to Caixa Tem, reported that those who had their order canceled will have the chance to redo it. According to the institution, messages were sent through the app so that the customer can make a new order through Caixa Tem or to regularize the situation at a lottery or an agency.

Caixa’s vice president, Danielle Calazans, told Sheet that the suspension is temporary and is due to system maintenance. “It’s a procedure that was already planned for the beginning of this week,” he said. “We needed to update Dataprev’s payment database.”

In Facebook groups, beneficiaries report that they were informed by the bank that the waiting time for the release of the money can reach up to 15 days. On the social network, a resident of Duque de Caxias (RJ) said that she contacted Caixa to question the delay.

“According to the Caixa clerk, after it appears approved, they send the information to the Ministry of Citizenship to find out if there is room to release the amount and this can take up to 15 working days, so if everything is right, they can make the payment” , he wrote.

Nádia Pereira dos Santos, 40, from São José do Rio Preto, in the interior of São Paulo, says that she waited ten days to have the appeal released by Caixa, after making the request on the Caixa Tem app. “I was discouraged, it took a long time and I thought I wouldn’t even fall.”

She says she used the money to pay essential household bills like electricity and water. “My water had been cut off for four days, so I needed the money.”

But there are those who have not even managed to get on the analysis list. Edneia Aparecida Bonfim, 44, tried several times to apply for the loan through the Caixa Tem app, but in every attempt she had problems completing the application. “The application is very slow and does not complete the process. Then it shows the message to try again, but it never works.”

Last Wednesday (18), she went in person to a Caixa branch. After waiting for about two hours, she was told by an attendant that the system was overloaded and that orders could not be placed at that time. “I’m trying every day, but it still doesn’t work. It’s very frustrating.”

Questioned by Sheet, Caixa did not inform the deadline for releasing the credit. According to the norms of the Ministry of Citizenship, it should take place within two business days.

The Auxílio Brasil consignment is one of the great assets of the campaign of President Jair Bolsonaro (PL), who is running for re-election against former President Luiz Inácio Lula da Silva (PT), ahead in the polls.

Because of delays in releasing credit, many families will have access to the money only after the second round of elections, scheduled for October 30.

Kethelyn Karoline, 22, says she applied for the loan through Caixa Tem on the first day the bank started to operate the loan. When placing the order, she said that she noticed the credit life charge, but that the application had no option to cancel the amount. “I saw that there was this charge, but I was forced to hire because I couldn’t put an option without insurance.”

Credit life insurance is a policy that guarantees the discharge of the contract in the event of death or disability of the customer. According to Idec (Brazilian Institute for Consumer Protection), charging without the consumer’s prior consent constitutes a bundled sale, prohibited by the Consumer Protection Code.

“In digital operations, there is an option without information on values”, says Ione Amorim, economist and coordinator of Idec’s financial services program.

Also according to the institute, there are reports of loans granted in lottery houses in which the user was not consulted and the operation was completed with insurance.

“The collection of interest on settlement is considered abusive by the Ministry of Citizenship through ordinance 816/22, which prohibits the extension to the initial payment period”, says the economist.

According to Caixa, between October 11 and 20, access to the Caixa Tem app reached 206 million. In the same period in September, there were 25 million hits.

“In numerical volume, it is as if almost the entire population of Brazil had interacted with the bank in just ten days. Even so, approximately 80% of all requests made have already been completed”, said the bank, in a note.

On the morning of this Friday (21), during an event about the breast cancer prevention campaign, the vice president of Caixa’s Retail Network, Júlio César Volpp Sierra, said that the bank is making technological implementations to support to the system and be able to serve customers.

“We are processing the credits and seeking normalization to be able to make the credit for all people”, he said.

Caixa is not the only bank authorized to offer the Auxílio Brasil payroll loan. According to Citizenship, 12 financial institutions were approved to offer credit. Three of them decided not to work with the product right away. This is the case of Agibank, Daycoval and Facta.

However, the public bank is the one that has concentrated the greatest interest of the program’s beneficiaries.

According to Ione, the banks failed to provide clearer and more objective information to consumers.

Between the 11th and 17th of October, Idec identified more than 2,000 complaints reported by beneficiaries about the Auxílio Brasil payroll loan. Among the complaints, those related to the delay in depositing the money stood out.

Procon-SP reports that it recorded 27 occurrences. Among the main problems are the non-availability of the value and the lack of authorization. According to the agency, no bank has been notified so far.

“From the consumer’s complaint, Procon tries to reach an agreement between the parties. If there is no agreement, an administrative process is opened against the company”.

THE MAIN RULES OF THE BRAZIL AID LOAN

Who can ask for the money

What banks and finance companies can’t do