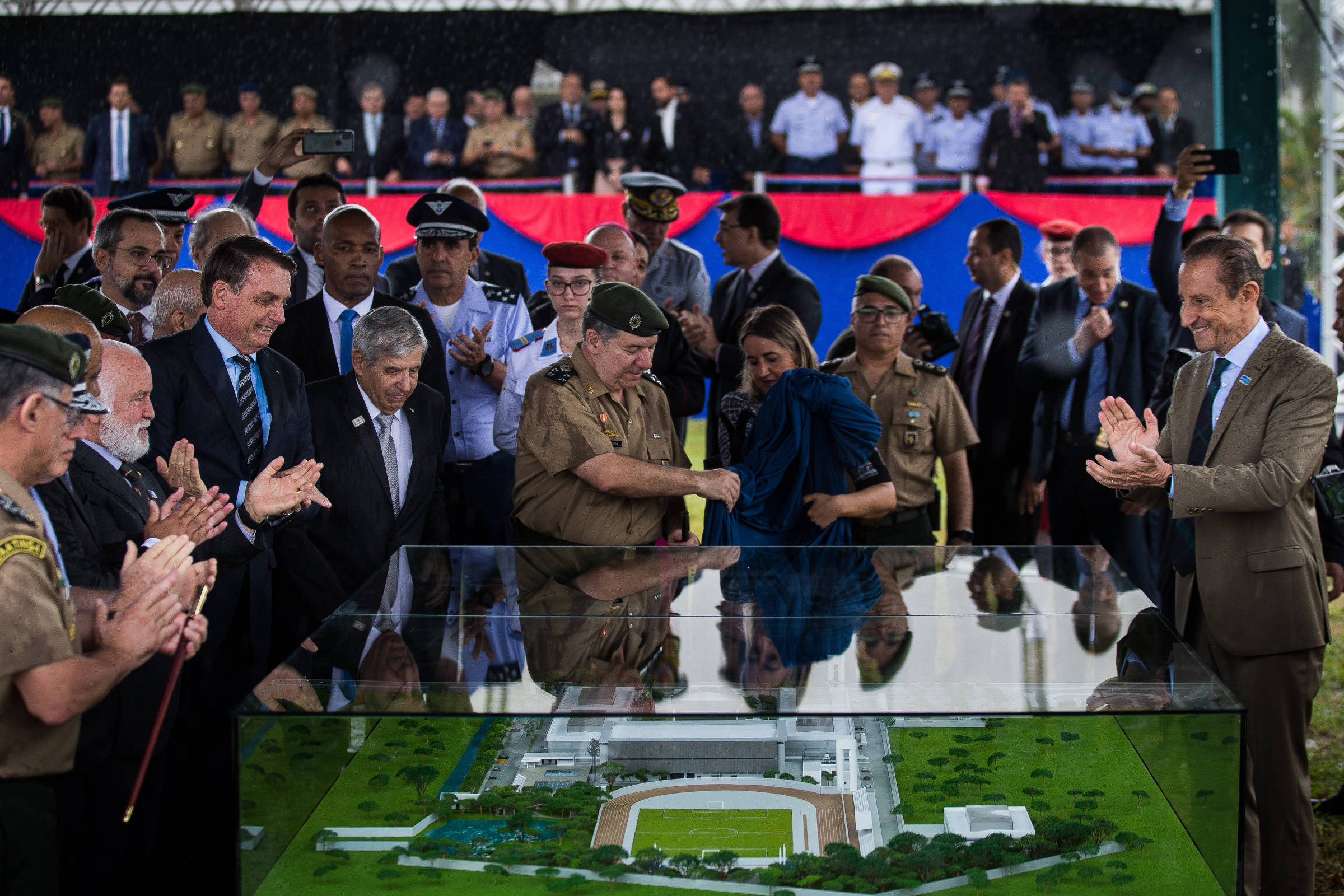 While President Jair Bolsonaro (PL) proposes a cut of funds in social areas in the face of the tightening of the 2023 Budget accounts, the government decided to shield resources from projects of interest to the Bolsonarist base.

The budget proposal sent by the Chief Executive foresees more money for the construction of the military college in São Paulo – a campaign promise since 2018 – than for the Casa Verde e Amarela program, aimed at providing housing for the low-income population throughout the entire country. the country.

The Budget project also allocates more resources to facilitate the purchase of a home by police, with government subsidies, than for the social program.

Casa Verde e Amarela also loses to the amount foreseen for the construction of functional houses for active military personnel.

In the 2023 Budget proposal, signed by Bolsonaro, the construction of subsidized housing for the low-income has a reserve of just R$34.2 million — a 95% cut compared to the amount proposed for 2022, which has already turned out well. below that registered in Minha Casa Minha Vida.

In the same document, the president proposed guaranteeing R$ 147 million in 2023 to continue the construction of the military college in São Paulo.

The forecast of more resources for the work indicates a higher cost estimate than the value informed by the Army, responsible for the construction.

Last year, the Army stated that the total expenditure forecast was around R$ 130 million – which would be enough to inaugurate approximately 65 new daycare centers in the country.

However, the work promised by Bolsonaro has already had R$ 38 million contracted in 2021 and has R$ 105.5 million reserved this year. With the new resources promised for next year, the global cost could reach almost R$ 300 million. The government plans to complete the work in 2023.

THE Sheet since October 11, it has asked the Army for clarification on the new cost estimate for the construction of the school. But the agency did not respond to questions. The Ministry of Defense and the Planalto Palace also did not respond.

The military college in São Paulo will be the 14th unit of its kind in Brazil and will be inaugurated in Campo de Marte, located in the north of the city of São Paulo. While the works are in progress, the school will work in a nearby location.

Military schools linked to the Ministry of Defense concentrate high-income students because access is through a selective process. They still prioritize vacancies for children of military personnel.

Military units show good results in assessments, which is partly attributed to the socioeconomic profile of students and high investments. Each military college student costs three times the average of what is spent on a public school student.

In the presidential campaign, Bolsonaro, who is captain of the reserve, promised a military college in all capitals. The cornerstone of the São Paulo unit was laid in early 2020.

The president has also focused on other segments that make up his political support base.

Last year, he created the subsidized real estate financing program for law enforcement officers, called Habite Seguro. The forecast for this measure is BRL 80 million in the 2023 Budget project — an amount close to the 2022 budget, which is BRL 100 million.

To justify the measure, the government argued, at the time, that the objective is “to help overcome the housing needs of public security professionals”.

The approved text also extends benefits to spouses of agents who died as a result of exercising their professions.

Another privileged area in Bolsonaro’s Budget project is the construction and renovation of functional houses for active duty military, which obtained a reserve of R$ 78.3 million for 2023. The value is 160% higher than the R$ 30.1 million. million booked initially this year. These houses are called Residential Own Nationals.

Currently, the housing deficit in Brazil is estimated at 5.8 million homes. The calculation is from the João Pinheiro Foundation and was released by the Ministry of Regional Development.

“Casa Verde e Amarela did not take off. So much so that Bolsonaro hardly mentions the program in the electoral campaign. The president preferred to focus on areas that have more of his brand, things he has already promised and that guarantee more loyalty to the voter. his style, by privileging areas that are electoral base”, says Leonardo Paz Neves, analyst at the Center for Prospecting and International Intelligence at FGV.

Sought, the Ministry of Economy reported that the drafting of the bill “took place in a challenging context” and cited the “high level of indexation and allocative rigidity of expenses”. Among the obstacles, the ministry cited the need to set aside R$ 19.4 billion for the so-called rapporteur’s amendments, used as a bargaining chip in political negotiations with Congress.

“This forced a very conservative allocation of resources, with little space to attend to various social actions”, said the Economy. “In the specific case of the Casa Verde e Amarela program, the resources provided fell far short of the federal government’s need and will.” According to the folder, parliamentarians can increase these actions with the resources of the rapporteur’s amendments.

The ministry, however, did not explain why areas linked to military interests were shielded from the cuts.

While the government privileges these segments, areas linked to the service of the population in general may suffer a blackout in 2023, if there is no increase in the resources provided for in the Budget proposal.

Gateway to social benefits such as Auxílio Brasil, the service network for the vulnerable population in the municipalities suffered a 95% cut in its maintenance funds for the project.

The Suas (Sistema Único de Assistência Social), which includes the service centers that manage the Cadastro Único, should receive an amount of R$ 48.3 million in 2023.

The amount is lower than the BRL 967.3 million indicated in the initial proposal for 2022 — which were later increased by the National Congress and the government itself during the execution of the Budget and, even so, have proven insufficient for the full operation of the centers of assistance.

The government also cut funding for the Popular Pharmacy program, which distributes basic medicines free of charge or at a discount of up to 90% for hypertension, diabetes, asthma, among other diseases, through private pharmacies.

The budget proposal also threatens the maintenance of Mais Médicos and the consolidation of the program created to succeed it, Doctors for Brazil. The amount set aside for these training and decentralization programs for health professionals may fall from R$2.96 billion this year to R$1.46 billion in 2023.

SEE HOW MUCH SHARES RECEIVED IN FUNDS

Centers to register for Auxílio Brasil