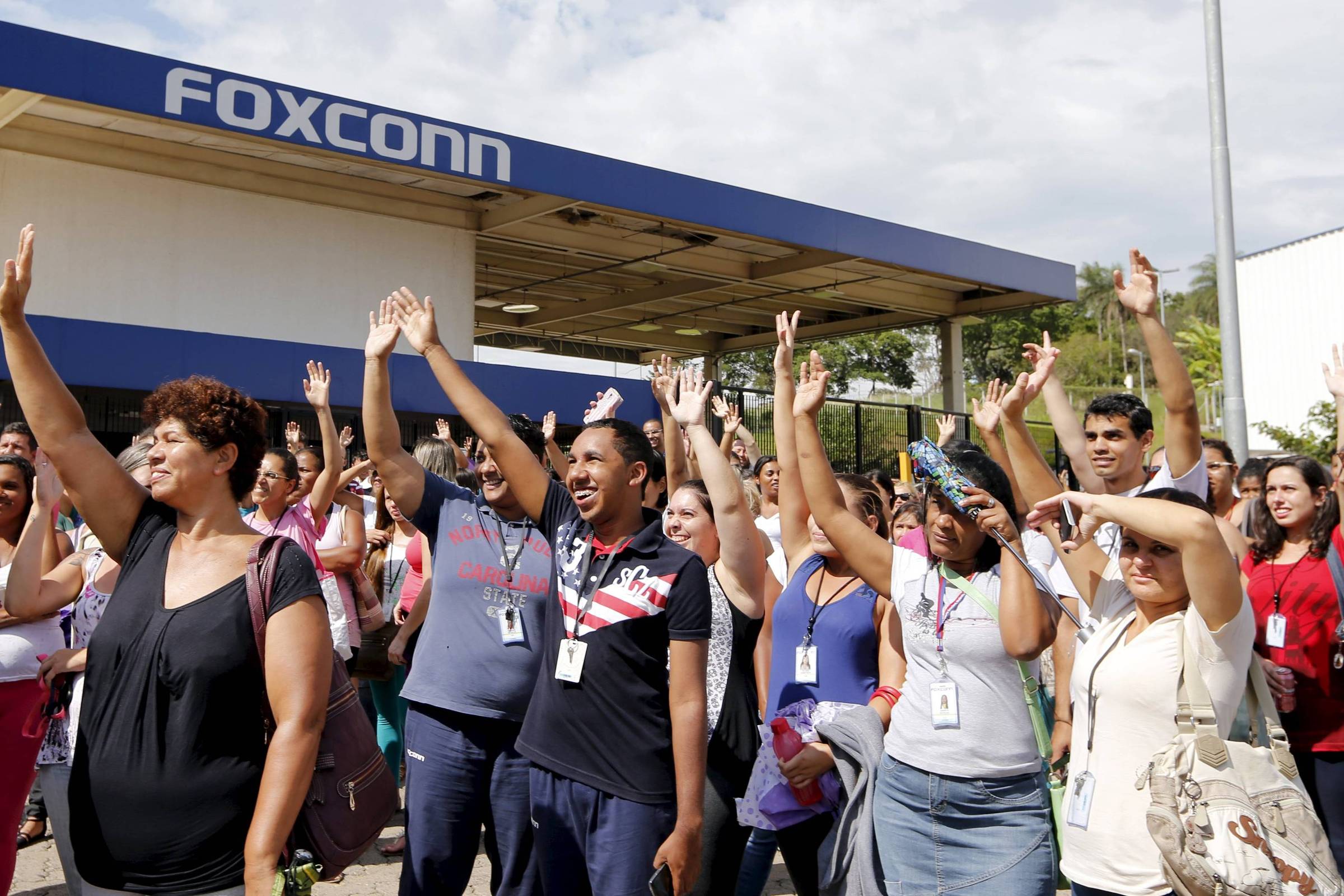 President Jair Bolsonaro (PL) is expected to sign a provisional measure shortly after the election creating the Brazil Semiconductor Program, a plan for large industries to settle in the country and start manufacturing chips through tax incentives, subsidies, and even money from the BNDES (Bank National Institute for Economic and Social Development).

The information was confirmed by advisors and interlocutors of the Minister of Economy, Paulo Guedes, the main creator of the program.

In addition to being a revision of a plan launched by former president Luiz Inácio Lula da Silva (PT) in 2007, the measure contradicts the ideas of Guedes, a liberal economist who, since the beginning of the Bolsonaro government, has positioned himself against the developmentalist policy. of using Treasury and BNDES resources to foster national champions in various sectors.

Guedes took charge of the Economy, determining changes in this policy. Under his management, the BNDES shrank and began to act like any other private institution in granting financing, charging market interest – and no longer subsidized with Treasury resources. The differential was once again the structuring of privatization projects.

However, in the face of the crisis caused by the pandemic, which has shaken the supply of inputs for several production chains in Brazil and in the world, Guedes wanted to mainly serve the automobile and electronics industry as a way to garner political support for Bolsonaro.

For this, the minister revised the rules of Padis (Program to Support Technological Development of the Semiconductor Industry), created by Lula in 2007 and which conditioned tax exemptions to investments in research and development.

Furthermore, it authorized the use of BNDES and Finep (Company Financing for Studies and Projects) to act not only as financiers, but as partners in these technology ventures.

THE Sheet obtained a copy of the draft provisional measure. In the fifth article, the limits of action of these public bodies are detailed.

Institutions will not only be able to structure the projects but also provide “tools to support enterprises in the semiconductor sector”.

These are: long-term credit lines or guarantees to finance direct capital and current costs, investments in infrastructure or acquisition of machinery and equipment; and subscription of shares or quotas of investment funds of the investees. In such cases, the interest to be acquired must be minority.

These operations will be able to count on “resources from priority programs and projects for the industrial and technological development of the areas of microelectronics, semiconductors and displays to equalize the interest rate to international standards”.

Initially, the program will start with R$ 500 million to be withdrawn from the 2023 Budget, but it will be able to count on other revenues and even donations. This money can be used by BNDES to “equalize” interest at international levels. In other words, lower rates.

The country already has a state-owned semiconductor manufacturer, Ceitec (National Center for Advanced Electronic Technology) focused on semiconductors, but the company has been in the process of liquidation since it was included by Guedes on the list of companies to be privatized at the beginning of his management.

Ceitec designs, develops and sells chips for different applications, from passports to vehicle and animal identification.

Created as a civil association in the mid-2000s, the organization was nationalized in 2008. At that time, the goal was to insert Brazil into the global semiconductor market —whose demand would take off with the popularization of smartphones—, to induce the implementation of other microelectronics companies and train human resources for the area.

In 2011, then-President Dilma Rousseff announced measures to accelerate this plan. At the time, the government announced that, with the measures (more incentives and tax exemptions), Brazil would be among the twenty largest semiconductor producers and among the four with the production of displays (screens).

The result of this policy culminated in the installation of a factory by the Chinese company Foxconn in the interior of São Paulo to produce tablets, Ipads and Iphones for Apple.

Almost R$ 1 billion in tax benefits were granted so that, in the end, the factory would function only as an equipment assembler. Investments for the local production of semiconductors and displays have not prospered.

Guedes’ plan will not start from scratch, because Padis remains in place. Future beneficiaries —and those who are already eligible for the program— will only begin to comply with the new rules.

On imports of inputs, machinery or equipment, for example, there will be exemption from PIS, Cofins, IPI (Tax on Industrialized Products), II (Import Tax), and AFRMM (Additional Freight for Merchant Marine Renovation).

An innovation is the possibility of entering the full value of the depreciation of equipment in the first year of purchase to calculate the amount of Income Tax and CSLL (Social Contribution on Net Income). In general, this amount is diluted year by year until the complete amortization of the investment.

Anyone who purchases services abroad, such as the use of trademarks and patents or technology transfer, will be exempt from import PIS and Cofins, Cide (Contribution for Intervention in the Economic Domain) and Corporate Income Tax.

Sales of products produced under the benefit of the measure will be exempt from Income Tax and CSLL on the manufacturer’s operating profit.

To take advantage of these advantages, however, companies will have to allocate at least 5% of their annual gross revenue to research and development, approved by the Ministry of Science, Technology and Innovation.

In the case of companies that decide to enter the country without locally manufacturing inputs, being restricted to total imports, the commitment to invest in research will be 2% of the value of imports.

The Ministry of Science, Technology and Innovation will be responsible for inspecting and auditing each item declared by the companies, both in terms of expenditure and investment in research within a specified period.

Otherwise, there will be punishment such as the imposition of a fine and, at the limit, disqualification from the program.

In the past, audits by the TCU (Union Court of Auditors) showed flaws in this policy.

The lack of servants prevented the control of expenses and investments. In the end, the Federal Revenue ended up fined several beneficiaries of the program for not being able to prove that the investments were directed to research of interest to the country and not to the company itself.

When consulted, the Ministries of Economy and Science, Technology and Innovation did not respond until the publication of this report.

Guedes’ plan comes at a time when other countries are also evaluating ways out of a crisis in the supply of inputs to the industry.

In the US, lawmakers pushed ahead with a $52 billion bill in subsidies for semiconductor production. The country, like others, is trying to reduce dependence on Asia — which is responsible for meeting about 80% of global demand.

The European Union aims to double its semiconductor production by 2030 to try to minimize dependence on suppliers based in countries such as China, Taiwan and Singapore, which have reduced production during the pandemic, affecting the global economy.

With Covid-19, remote work has boosted demand for electronics, while automakers have slowed their orders in the face of uncertainty — disrupting the chain.

The shortage has led automakers around the world to reduce vehicle production by 10 million in 2021, according to estimates used by Anfavea (National Association of Motor Vehicle Manufacturers).

A decade to take effect

Despite Guedes’ willingness to serve the sectors of the economy, a plan of this size takes time to produce results.

The president of Abisemi (Brazilian Association of the Semiconductor Industry), Rogério Nunes, has already made public statements that the development of national production may not have results in less than 10 or 15 years. Even so, he defends government policies for the sector.

Data from the association show that about 20 companies operate in the semiconductor sector in Brazil, but the companies do not participate in the complete chain and about 70% of the inputs are imported.

Semiconductors are inserted in absolutely every sector of the economy. Before it was only in the electronics industry, but today they are present in the automotive, medical, security, telecommunications and even agriculture sectors.

Money from BNDES and Finep

Both institutions will be able to grant financing with subsidized interest and even become partners in the ventures, as long as they are minority shareholders.

*Import PIS and Cofins, Cide (Contribution for Intervention in the Economic Domain) and Corporate Income Tax for those who purchase services abroad, such as use of trademarks and patents or technology transfer