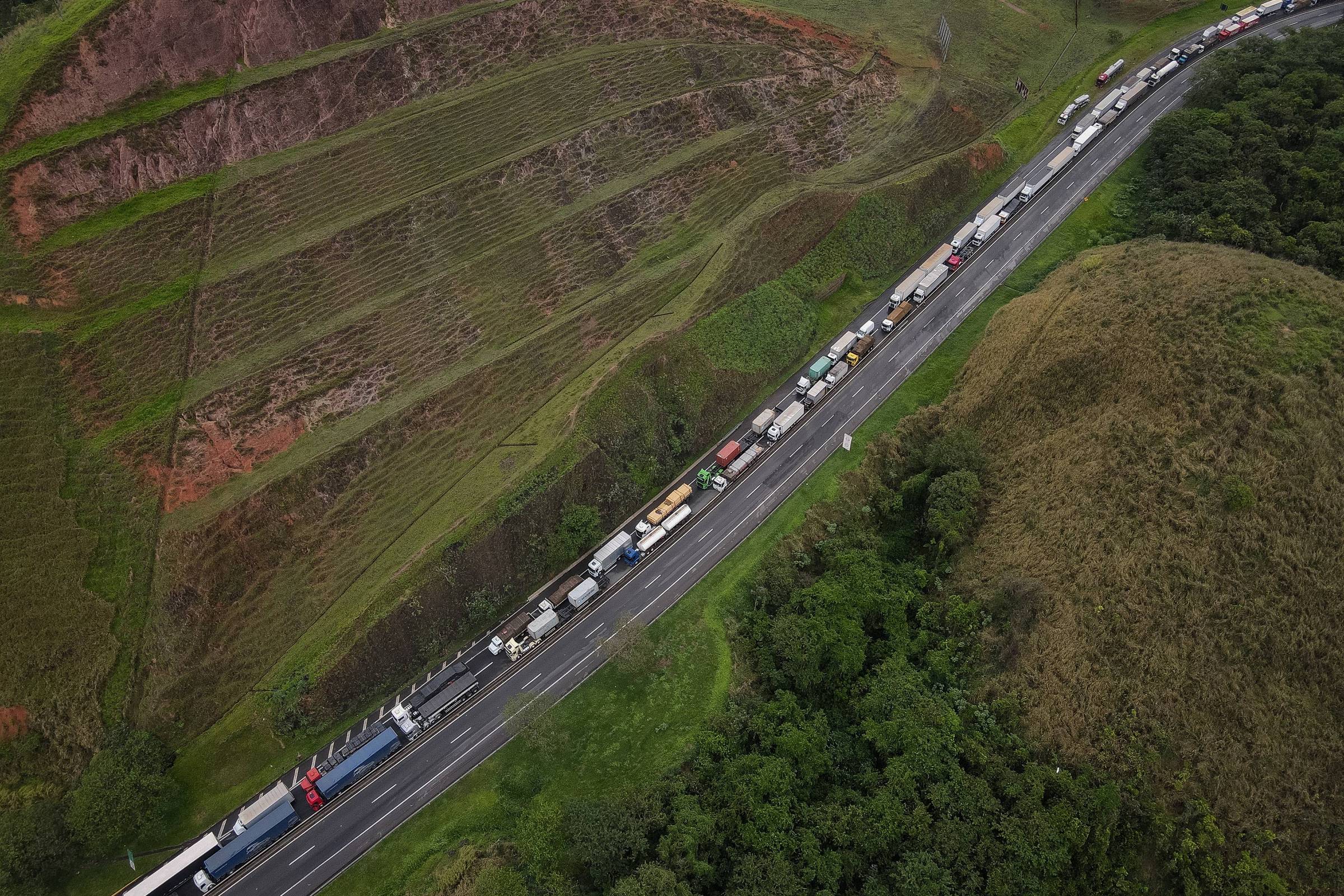 The Federal Court of Rio de Janeiro granted an injunction late this Monday (31) for the PRF (Federal Highway Police) to start clearing the roads blocked by Bolsonaristas in the state, including shoulders and toll plazas.

In the injunction, federal judge Iorio Siqueira D’Alessandri Forti determines “the removal of people, vehicles and/or objects that obstruct traffic on the highway, by force (authorized the removal of truck drivers from their vehicles, so that a police officer can assume the direction) or with the use of appliances and winches from the concessionaire [responsável pela rodovia]”.

“The State has the duty to respect the freedom of assembly and demonstration, provided that the exercise of this freedom is peaceful, without weapons, does not frustrate another demonstration previously called to the same place, and that it takes place in places open to the public, without harming rights of other people,” the judge wrote.

The action was requested by the Union at the request of the PRF, on the grounds that, although it has the function of guaranteeing the flow on the roads, it had to respect the right to free expression.

“Although this argument is not accepted as reasonable (highways are not places open to the public and, therefore, they are not suitable for hosting motorcades, it is certain that the meeting and demonstration of people (on foot or in vehicles) must take place and dissolve immediately, as the constitution does not ensure — on the contrary — that a certain group occupies public spaces to the point of violating the rights of other people,” said the judge.

The last PRF bulletin, released at 5:43 pm, indicated 11 points of interdiction on federal roads that cross the state. Of these, six had a total ban and five had a partial ban.