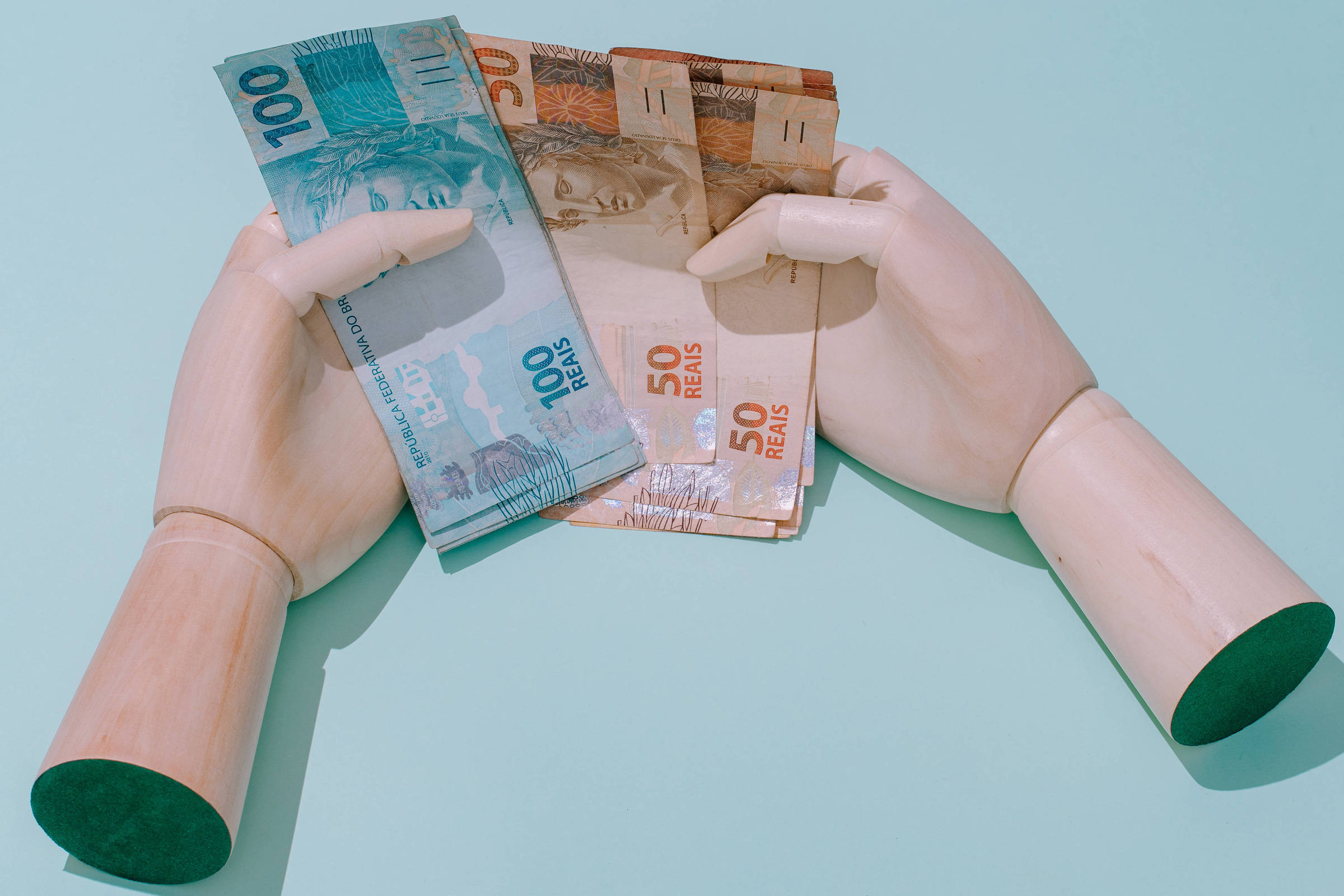 What can change in the minimum wage and INSS pensions?

After the victory of Luiz Inácio Lula da Silva (PT), the possibility of granting a real readjustment to the minimum wage — with an increase above inflation — should be the economic measure with the greatest impact for INSS (National Social Security Institute) retirees and pensioners. ) and workers who receive the national floor.

In its economic guidelines presented in the government’s plan in the first round, the real increase in the minimum was one of the main points, which was reaffirmed in the Letter for Tomorrow, released last week, on the eve of the second round.

The subject gained strength about ten days after the release of Minister Paulo Guedes’ (Economy) plan to de-index the minimum wage and pensions, opening up the possibility of granting a lower readjustment than inflation. Guedes denied the study, and Jair Bolsonaro (PL), who was seeking re-election, even promised a minimum wage of R$1,400 in 2023.

The national minimum is also the floor for pensions and other benefits paid by the INSS. The correction granted to him reflects directly on the pockets of retirees and on Social Security accounts. It is estimated that for every BRL 1 more in salary, expenses increase by BRL 364.8 million in the year. Bolsonaro did not grant a readjustment above inflation in his government.

New formula not yet defined

The new formula that can be used to correct the minimum wage and the INSS pension base has not yet been defined. There is an expectation that the one that prevailed from 2006 to 2019 will be repeated, with a rule that took into account the inflation of the previous year plus the growth of the GDP (Gross Domestic Product) of two years before.

This formula can be rescued, but there is still no consensus. One of the studies in the economic area of ​​the broad front that Lula represented is for the readjustment to take into account an average of the GDP of the last five years, which would give a real increase of 1.3%, but a fixed percentage of 2% is also studied. .

Inflation measured by the INPC (National Consumer Price Index) in 2023 should reach 6.54%, according to the latest projection made by the National Treasury at the end of September. The new projection will be released in the coming days. The 2021 GDP grew by 4.6% compared to 2020, the strongest year of the coronavirus pandemic.

Economist Fernando Holanda Barbosa Filho, from Ibre (Brazilian Institute of Economics), from FGV (Fundação Getulio Vargas), says that there are pros and cons. According to him, from the retiree’s point of view, there is a gain. But, from the point of view of the labor market, the rule can “expel” workers from formal employment, with less formalization by employers.

The problem lies in Brazil’s low productivity, he says, burdening private companies, in addition to the weight in the public sector budget. “Obviously it will improve people’s lives if you get a raise, but it’s a challenge,” he says.

Retirees wait for a bigger increase

For Miguel Torres, president of Sindnapi (National Union of Pensioners of Força Sindical), the previous formula was successful and could be resumed. “I think that the GDP formula worked; it is the one that has the most predictability”, he says.

According to him, during the campaign, a commitment was made with Lula’s team so that the policy of valuing the minimum wage — and the minimum pension base — would go back into effect annually in the country.

Warley Martins, president of Cobap (Brazilian Confederation of Retirees, Pensioners and Elderly), who also participated in campaign meetings, highlights the real readjustment of the minimum as one of the greatest expectations of retirees from 2023.

Increase is made by decree

Although there is a forecast in the federal budget, the increase in the minimum wage is made by presidential decree, which is usually signed in the last days of one year or at the beginning of the next. In the Budget sent by the current government, the forecast is to restore inflation, updating the minimum wage from R$1,212 to R$1,302 in 2023.

Between 2003 and 2006, Lula’s first term, the minimum grew 35% above inflation. In the second term, the real increase was 17%. Dilma Rousseff made the valuation policy law, with a real increase of 12% and 4% in the first and second terms (duration of two years), respectively.

The final inflation, however, is only released by the IBGE (Brazilian Institute of Geography and Statistics) a few days after the beginning of the year. With this, it is only possible to know the exact amount to be applied after this disclosure.

It is not just the readjustment above inflation for the minimum wage and the floor of benefits that encourages retirees. Other measures that were announced in Lula’s campaign and are already being studied are among the expectations, including what was discussed with the category at meetings during the election. See what they are:

Increase in the income tax exemption range to BRL 5,000

The correction of the Income Tax table, with an increase in the exemption range from the current BRL 1,903.98 to BRL 5,000, should also benefit INSS beneficiaries. According to Torres, it is estimated that about 80% of retirees and pensioners stopped paying IR.

In addition, if the rule that defines the right of extra exemption for retirees from 65 years of age continues to apply, the IR is charged only on monthly earnings from R$ 10 thousand, an amount above the Social Security ceiling, currently at R$ 7,087.22, which can be corrected to R$ 7,612 in 2023.

Recreation of the Ministry of Social Security

For him, this is the best way to negotiate the demands of the category. “Without the ministry, there is no way for people to negotiate. There was no one to receive us, even to say ‘no’. Now, for us, the retirees, I believe it will be a little better, easier. we believe.”

Points of the pension reform can be revised, according to previous information from Lula’s campaign. Representatives of retirees do not have an immediate counter-reform, but believe that a debate is needed on what most significantly affected the insured.

“The reform was very harmful to many people who contributed their whole lives, but it is clear that we want Social Security to be sustainable. We will have to open the debate”, says Torres.

Martins points out the change in the calculation of pensions for death as one of the factors with the greatest impact on the insured, especially women.

The current rule provides that 50% of the pension that the deceased insured person received or the benefit that he would be entitled to in case of disability plus 10% per dependent must be paid. Childless widowers receive 60%.

“In the debate [último debate da campanha, na sexta, 28], he said what we had asked for, which is to review the pensions. The amount paid to pensioners is not enough for them to survive”, he says.

The debt renegotiation should also benefit retirees, assesses Torres. According to him, the macro-renegotiation proposed by Lula’s campaign helps to increase even more the purchasing power of this part of the population, freeing the elderly from default and strengthening the economy.

The expansion of the Farmácia Popular program, which distributed free basic medicines used by the elderly to control hypertension and diabetes, for example, is also included in the positive account package for retirees, as well as the return of free bus tickets for those who have from 60 years.

Today, there is a rule that allows free access only from 65 years of age. In the state of São Paulo, the government sent, last Friday (28), a bill to reduce the age for free transport from 65 to 60 years.

In the 2023 Budget, the federal government decided to cut half of the Popular Pharmacy budget.

Facebook
Twitter
Pinterest
WhatsApp
Previous article
Premiere for the household basket – The digital platform “fell” due to traffic
Next article
Opinion – Charles M. Blow: Self-destruction by Ye, ex-Kanye West, just makes me wonder: why did it take so long?