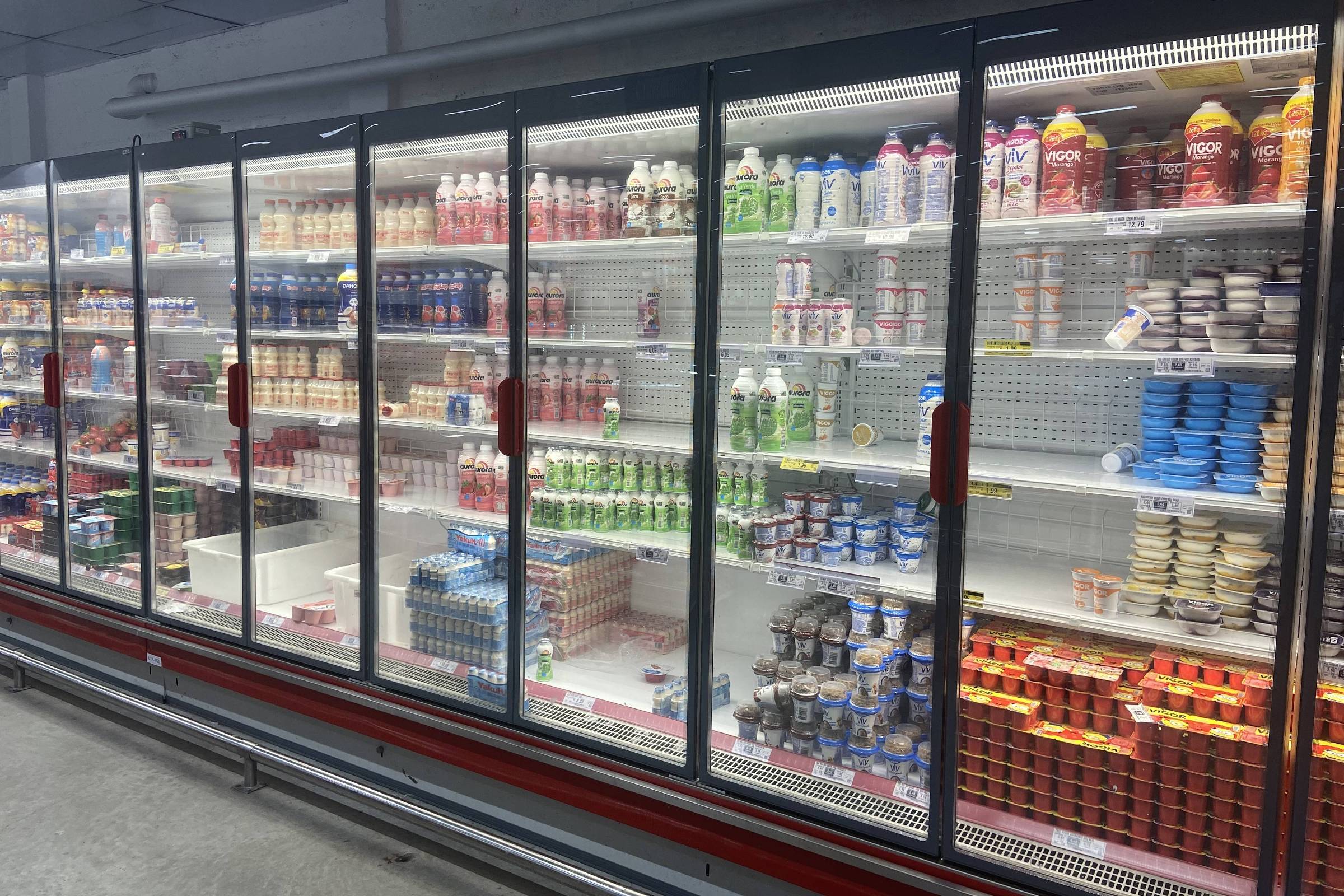 “I hope these blocks end soon, because our trucks can’t get from the distribution center to the store”, said the attendant at the Assaí cashier, on Avenida Marquês de São Vicente, west of São Paulo.

As a result of the anti-democratic protests that have been blocking circulation on the country’s roads since Monday (31), by supporters of the current president Jair Bolsonaro (PL), who was defeated in the elections, supermarket shelves are starting to be empty in most cases. country city.

The report visited stores at Assaí, Makro, Mambo, Pão de Açúcar, Extra and Chama Supermercados in the east, west and downtown areas of São Paulo this Wednesday (2) of national holiday. The lack of products is occasional, but in most stores the counters of refrigerated food and meat, chicken and fish are starting to run out of stock.

“It’s pitiful [o bloqueio das estradas]”, I told Sheet the director of Chama, Fabio Iwamoto. “The hortifruti products took a while to reach the stores, but they arrived. The problem is the meat, our main supplier could not continue the trip”, said the Executive who hopes, however, that the situation is normalized by the end of the week.

Apas (Associação Paulista de Supermercados) said it had not registered this Wednesday reports of rush to stores. “We reiterate to consumers that there is no need to change their shopping habits,” the association said in a statement. “The sector operates within the normal range. Any absences are occasional and momentary situations.”

Abras (Brazilian Association of Supermarkets) also reported having contacted several states and did not identify full stores this Wednesday.

In fact, the report Sheet did not observe stores with above-normal movement. But Abras itself said on Tuesday (1st) that more than 70% of supermarkets in the regions most affected by the lockdowns faced supply problems and that, until this Friday (4th), consumers across the country may have difficulty buying fruits and vegetables.

The report found, in all stores, refrigerated counters to store emptier meats and meat products. There is also occasional shortage, depending on the store, of industrialized bread, pasta, flour, oil, cleaning products, paper towels, soft drinks, milk and refrigerated foods.

This Wednesday, Abia (Brazilian Food Industry Association) reported that at least 500,000 liters of milk could be lost a day, starting this Thursday (3), if the protests on the roads do not stop immediately.

According to the entity, 30 production lines, of various foods, are currently stopped due to the protests.

Abipla (Brazilian Association of Hygiene, Cleaning and Sanitizing Products for Domestic and Professional Use) reported that five major manufacturers of cleaning products in the states of São Paulo, Rio and Santa Catarina had production paralyzed due to of anti-democratic demonstrations on the roads.

“Trucks loaded with sodium hypochlorite and sulfate, two of the main inputs used by the cleaning products industry, did not reach the factories,” he told Sheet Paulo Engler, executive director of Abipla. According to him, however, one of the factories, in Rio, will be able to resume production this Thursday (3), due to the unlocking of roads in the state.

The report found that, in stores in Assaí, owned by the same shareholders of GPA, the lack of product is more evident. The chain is one of the largest cash and carry chain in the country, serving both consumers and processors (dogueiros, confectioners, pizzerias, restaurants and small food businesses outside the home).

In the store on the west side, there was a lack of refrigerated products in general, in addition to meat and flour. In a store in the east, the most demanded by consumers was paper towels: there were only packages with the option of three rolls, at a higher cost, which generated complaints. An employee warned that, despite being more expensive, the item could also run out.

Wanted, Assaí did not respond to the report, until the closing of this text. On the other hand, GPA (Grupo Pão de Açúcar) stated that it continues to register only one punctual delay in the receipt of some goods, but still did not have an update on the movement of stores.

The report of Sheet saw a large number of stores in the Chama chain, in the east side of the capital. According to officials interviewed on condition of anonymity, the increase in demand for products is due to a combination of three factors: a holiday, fear of shortages and the fact that Wednesday is a traditional day for offers on the chain.

In one of the units where the report was, families filled carts, especially with basic items. The anti-democratic demonstrations were one of the most talked about topics by those who were in the queues or looking for products on the shelves.