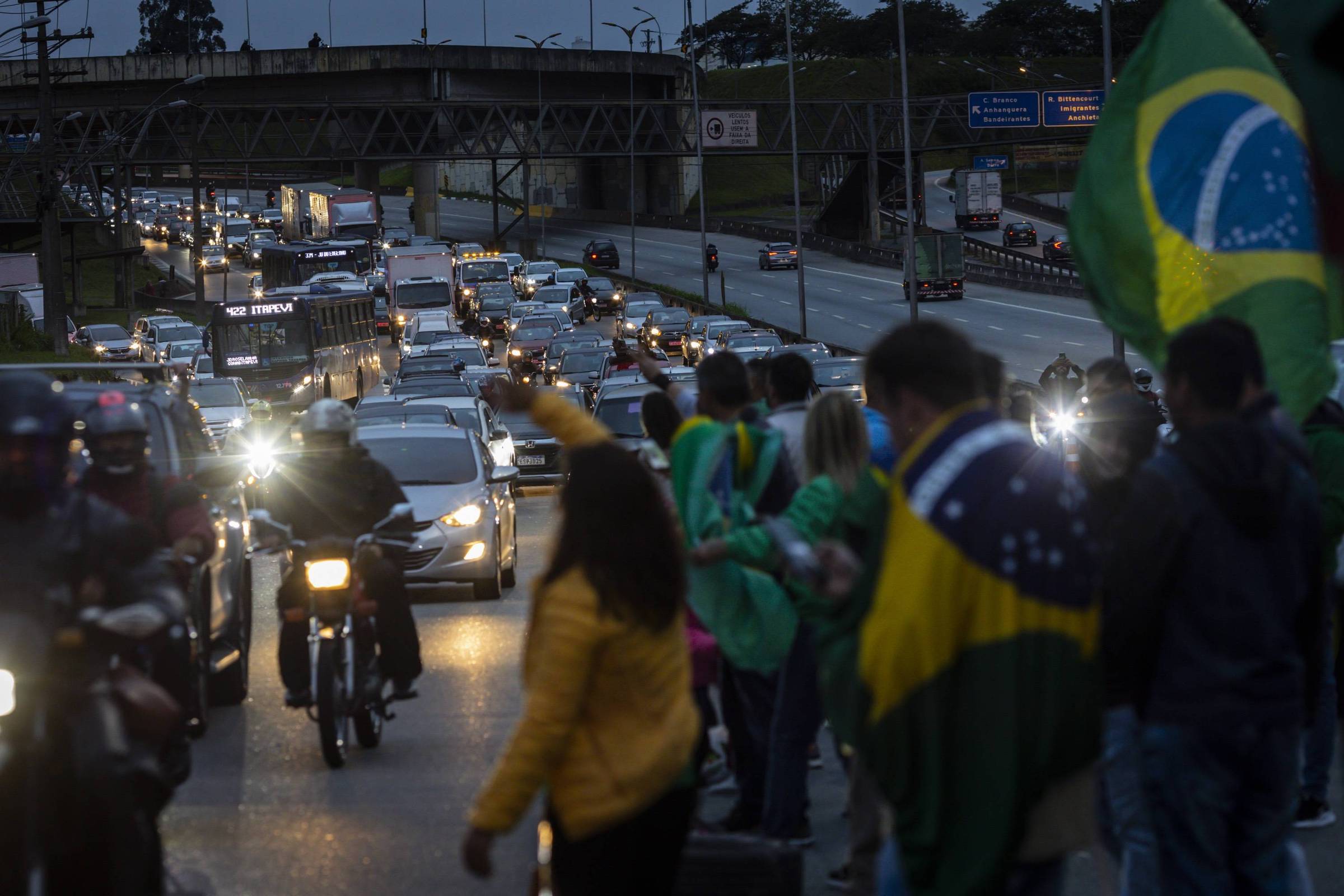 Blocks remain in at least 3 states, but fall into PA and RO; accompany

The highways in the country remain without total blockages on the morning of this Friday (4). On Thursday night (3), the PRF (Federal Highway Police) announced that no road had the flow completely interrupted for the first time since the beginning of the coup demonstrations, on Monday (31).

Mato Grosso, Pará and Rondônia continue with partial blocks, according to the PRFs of the states. The national PRF indicates blockages still in Mato Grosso do Sul and Amazonas.

According to the corporation, there are still 15 protest points, and 954 demonstrations have been demobilized.

Since Thursday night, the number of blocks in Pará and Rondônia has dropped. In the first state, there were 6 blocks, and this Friday morning, there are four. In Rondônia, there were eight and now there are two.

Mato Grosso still has 7 interdictions. The state led the number of interdictions over these five days of protest alongside Santa Catarina, which zeroed out the demonstrations this Thursday. In the state of São Paulo, according to concessionaires and PRF, there are no more protest points.

Bolsonarista protesters do not accept the result of the elections that gave victory to Luiz Inácio Lula da Silva (PT) and call for military intervention.

On Wednesday night, President Jair Bolsonaro (PL) published a video on his social networks in which he asks his supporters to clear the highways that are obstructed.

“I want to make an appeal to you: clear the highways, this is not, in my opinion, part of these legitimate demonstrations. We are not going to lose our legitimacy here,” he says. “Protest otherwise, in other places, that this is very welcome, it’s part of our democracy.”

Facebook
Twitter
Pinterest
WhatsApp
Previous article
3.5% jump for oil – Over 97 dollars a barrel in the markets
Next article
Oikonomou for Tsipras: He imitates the extremists who do not respect the popular verdict