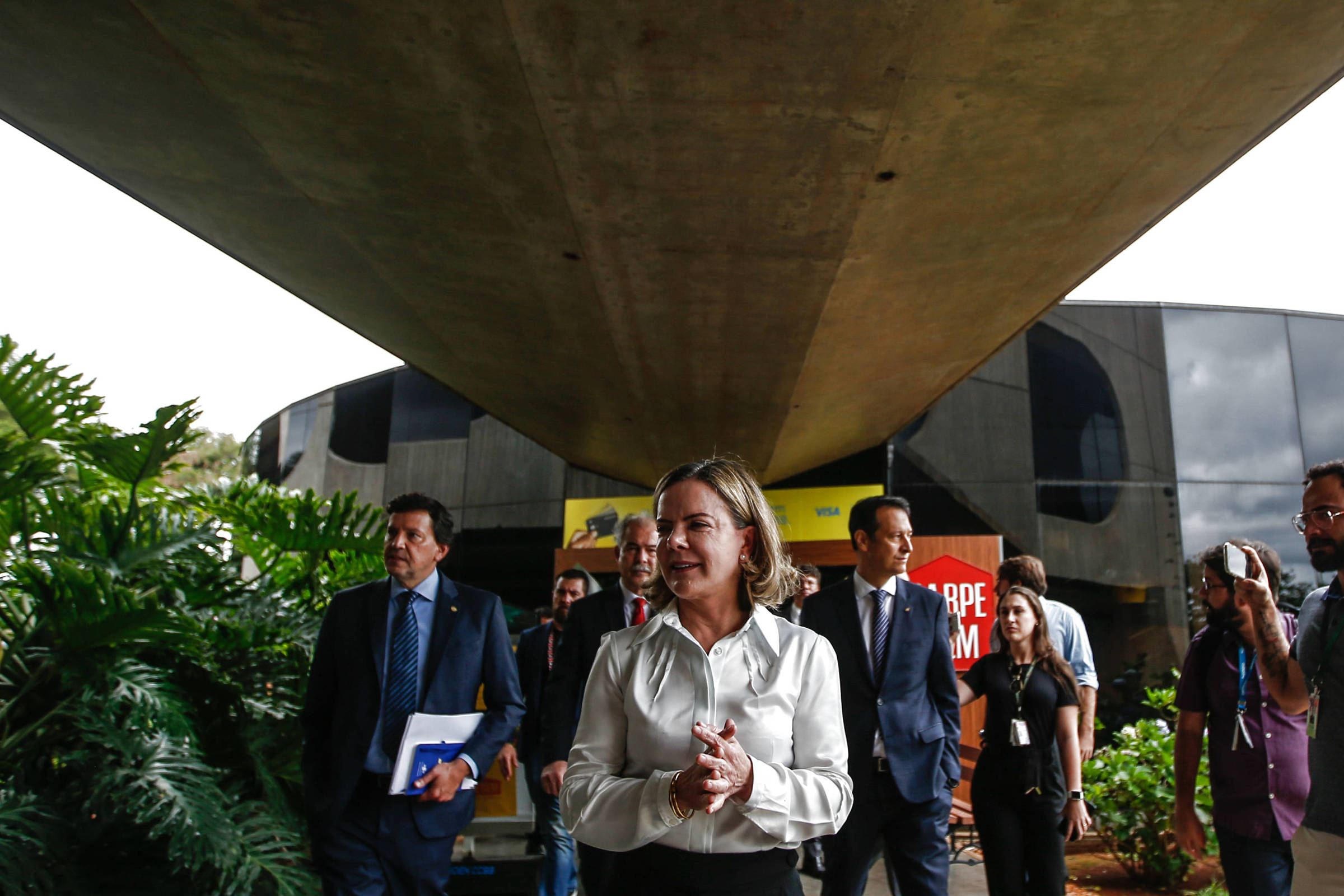 The PT must leave to negotiate with the new National Congress, which will assume on February 1, 2023, the fiscal rule that will replace the current spending ceiling as of 2024. Different party members believe that the priority until December is to guarantee the execution in the next year of promises made by Luiz Inácio Lula da Silva (PT) during the campaign.

In addition to focusing efforts on emergency changes, such as the guarantee of a minimum of R$ 600 for families from Auxílio Brasil (which should be renamed Bolsa Família), PT members prefer that the discussion be held more calmly and with the new configuration of the legislature.

At the PT summit, reports are that there is still no definition on the subject. Economists linked to the party say that the most intense discussion on the topic should be left for later.

The diagnosis does not preclude initial negotiations on the rule within the transition team, made official on Friday (4) with the appointment of the elected vice president, Geraldo Alckmin (PSB), for the position of coordinator of the group.

The transitional government will have up to 50 paid positions, but it must also count on volunteer collaborators to help the coalition that won the elections to structure the first measures of government. The economic area usually receives special attention in this preparation phase, and the team is expected to have economists and technicians experienced in the area.

The party had already been conducting studies on alternatives to replace the spending ceiling, created in 2016 in the Michel Temer (MDB) government and which limits the growth of expenses to the variation of inflation. However, a definition is only expected after the impasse around the 2023 Budget is resolved.

Lula’s team is currently evaluating two main proposals. One of them foresees the resumption of the primary surplus target as the main fiscal anchor, but with bands that ensure space to accommodate unforeseen events, such as emergency spending or revenue frustrations.

Another option is to maintain a limit on expenses, but with growth above inflation. This model would also provide more flexibility for expenditures considered to be of higher quality, such as public investments.

People close to the discussions believe that the primary surplus rule has a chance of prevailing, since Lula has insisted that he intends to revoke the spending ceiling. The president-elect has also said that he does not need a law for fiscal responsibility, which was understood by assistants as a password for the end of the spending limit.

The resumption of the use of the surplus as the main anchor would refer to Lula’s previous administrations. Between 2003 and 2010, he governed based on the so-called macroeconomic tripod, with a primary surplus, an inflation target and a floating exchange rate.

Behind the scenes, however, economists recognize that the economic scenario for 2022 is different from that found in 2002. Indebtedness, for example, is at a higher level, although its composition is more favorable than in the past, when there was a greater share of Brazilian debt. denominated in dollars — leaving the country more vulnerable to external shocks.

Although the president-elect has a preference for the repeal of the ceiling, there is concern about the effect of this on the expectations of investors and businessmen – who need to trust the country’s viability to accept putting their money into the economy.

Therefore, it is not ruled out discussing some type of lock in expenses, in order to complement the search for a surplus in the accounts.

During the campaign, a group of economists close to the party defended a joint strategy, which would include the simultaneous presentation of the size of the bill for 2023 and the proposal for a new fiscal rule.

The justification for this idea is that the presentation of the new rule can serve to calm the market in the face of the license to spend above the ceiling (called a “waiver”) – which could result in at least R$ 150 billion extra next year. .

The financial market also demands a more explicit indication of these points. The expected spending trajectory during the new PT government is crucial to know how the country’s indebtedness will be.

In Congress, party representatives openly say that the discussion of the fiscal rule should be left for a second moment, when the economic team is formed. Any name appointed by the new government to command the Ministry of Finance should influence the decision on the new rule.

The PT’s interlocutor in the Budget negotiations, the former governor of Piauí and elected senator Wellington Dias says that the team is not dealing with the fiscal rule at the moment, since the priority is to ensure the resources for the Bolsa Família and the other priorities of the broken.

Federal deputy Ênio Verri (PT-PR), who has also been participating in these articulations, says that the matter will be dealt with after January.

“The only thing we are discussing now is the transition and adjustment of the Budget for 2023. This is the debate we are having”, he says. “The debate on the fiscal rule will take place after the inauguration of President Lula with his respective Minister of Finance, or of the Economy, which will touch on that.”

The party did not officially communicate that the negotiations on the fiscal rule should be extended to next year. Some still consider that the debate can go hand in hand with the advance of the so-called Transition PEC.

The debate on the fiscal rule will take place from the inauguration of President Lula with his respective Minister of Finance, […] who will play it from there

Among technicians in the economic area who have passed through different administrations, the assessment is that it will be difficult to reach a final model by the end of the year. Although not an impossible task, the discussion is seen as complex to be carried out so quickly, even more so along with the negotiation of the transition PEC.

Within the party itself, there is recognition that negotiating the new rule will not be an easy task. Although Lula defines a preference for one model or another, there are a number of details to be discussed, such as parameters used as a goal or limit and escape valves for extremely atypical moments — such as a calamity situation.

Discussions around the fiscal issue are closely monitored by the market, which fears that the final solution will generate an explosive trajectory for public debt over the next few years if the expansion of expenditures in 2023 is added to a more flexible rule for fiscal years. following.