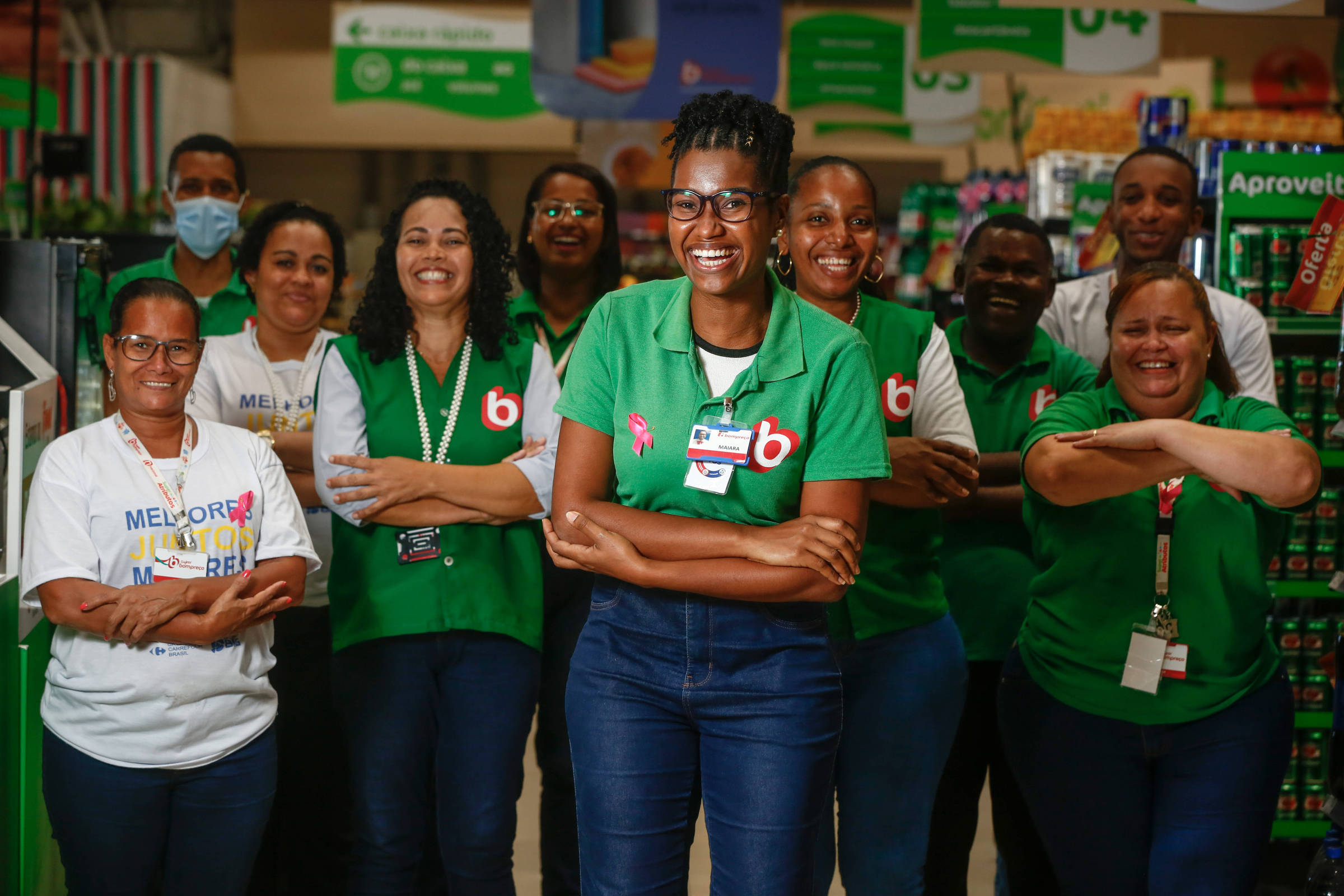 Depression, son of a single mother, gender change: the perrengues until the conquest of the 1st job

The age group from 18 to 24 years old is the one that suffers the most to gain a position in the job market in Brazil. According to the IBGE (Brazilian Institute of Geography and Statistics), the unemployment rate at this age exceeds 19%, more than double the national average of 8.7%.

The drama is greater for low-income young people, who often do not have the money for driving, let alone for a good quality internet at home, which would allow them to increase their chances of qualifying.

Upon completion of high school, many join the group of those who neither study nor work – a team in which Brazil is second in the world, only behind South Africa. More than a third (36%) of the Brazilian workforce aged between 18 and 24 does not study or work, according to a report by the OECD (Organization for Economic Cooperation and Development).

Some initiatives, however, by Oscips (Civil Society Organizations of Public Interest), such as Instituto Aliança and Instituto Proa, in partnership with private sector companies, support these young people in entering the job market. The differential in approaching this audience is the commitment to their empowerment and the indication of future perspectives.

Check out some of these stories:

At the age of 23, having completed high school, Maiara already had a little more than ten courses in her curriculum. She thought that the more courses accumulated, the greater the chance of being hired. But she couldn’t find a job. She had already distributed her résumés throughout much of Salvador – on foot and on dry land, so as not to spend money on driving or water. She only arrived at the Alliance at the insistence of her brother, who saw the ad. When she started, she was dazzled: it didn’t even look like the courses she’d taken before. She had group dynamics, which allowed each one to tell a little bit of their story, their fears and their expectations. She overcame shyness and learned to look people in the eye. And she learned that it’s okay if changes come, you can always adapt — this was one of the main obstacles in her personal development, she never liked to change course. A month and a half after leaving the institute, she was employed at the Bompreço chain, which is part of Carrefour, one of Aliança’s partners. She started out as a cashier. Today, almost seven years later, she is a service supervisor, responsible for a team of 18 young people. “It was at Escola Social do Varejo that I discovered that leadership is not about imposing: it is about awakening in others the will to do, to give their best. . Those who work with passion are always richer than those who work for money.”

Gabriel was an intern at a plastic parts factory. He earned R$350 a month for five hours a day. But he didn’t feel motivated, much less valued: he even burned his hands on the production line and the company didn’t care. The pandemic came and he stopped working. He went on to suffer from anxiety disorder and depression. Until a friend recommended Aliança, where he learned about the Networks for the Future course, with an emphasis on logistics. At the institute, he discovered that he could count on psychological support. He signed up and did three months of therapy. At the same time, he understood that the course at Aliança was different from others he had taken. He had support to study at a distance, with a tablet and chip for a good quality internet. But the most important thing was to learn to speak in public, have assertive communication and be more resilient, both at work and in personal life. He was hired as a Young Apprentice by Mercado Livre, one of Aliança’s partners, even before finishing the course. A few months later, he was hired as logistics operator 1. Afterwards, he was promoted to logistics operator 2. “The Aliança Institute was a watershed in my life, it opened my eyes to a future that I did not see, I did not see opportunities. Today I work at a company where I feel valued, which makes room for our ideas, has a policy of inclusion. I know I can grow there.”

When Noah arrived at Instituto Aliança, at the age of 17, he didn’t like group work. A trans boy (his given name was Tainara), he was shy and thought that, just like in high school, his classmates would take advantage of his individual effort. He felt embarrassed that he didn’t have courses on his resume, let alone a professional experience. To make matters worse, he was experiencing a moment of inflection: he had just lost his father and needed to help his mother and brothers with the household bills. He didn’t want a course, he wanted a job. But in the Skills for the Future program he learned more than concepts about the insurance and pension market. He began to give his opinion, to expose himself, to relate to everyone around him. His mother couldn’t believe it when she saw her most talkative son at home. During the course, he received two job offers: one from Sodexo, the other from Quinto Andar. In the latter, he would earn more. But in the first, he would have the opportunity to work in the Diversity, Equity and Inclusion team at Sodexo On-site. He opted for Sodexo, which even supported him in the documentation to obtain the corporate name. “The program showed me that opportunities come at the right time, as you assume the role of leader of your own life. One of the most magical things that happened to me during the course was listening to a song by Emicida, “Levanta e Anda”, I already knew but never paid attention to the lyrics: ‘Brother, you didn’t realize / That you’re the only representative / Of your dream on the face of the Earth / If that doesn’t make you run, man / I don’t know what will ‘.”

Igor had a fixed idea at the beginning of this year: to find a good job to help with the household bills. He and his twin brother are the youngest of a family of four, raised only by their mother, who has always worked as a saleswoman. His father left the family when he was little and never paid child support. Igor and his brothers attended public schools, but he always dreamed of college. He entered Instituto Proa in search of a programming course. But in the Self-knowledge module, a “key turned”: young people were asked about their life project. “This was very important to me, because when I got there, I only thought about surviving. My generation is very impulsive, we want to do a lot now, as soon as possible. And this question made me stop and rethink everything. It was a question that changed my life”, says Igor, who had already worked as an attendant in other companies, but never saw growth prospects. In August, two months after graduating from Proa, he was hired as a marketing assistant by Via (owner of Casas Bahia and Ponto Frio), a partner in the program. He can finally start the faculty of systems analysis and development. Now, he is thinking about doing postgraduate studies and – who knows – a master’s degree.

Anderson was finishing up music school earlier this year, but he felt lost. He always liked instruments, took courses in the area, participated in orchestras. And he thought he would be a good violin teacher when he graduated. But he participated in some interviews and was not called. At the same time, he got sick of the instrument. “I didn’t know what else to do, I didn’t have training in another area. I was afraid of not being able to support myself”, says he, who joined Proa in the first half of this year. His vision of life expanded. “Before, I thought I could only do one thing with my life. But Proa showed me that it was possible to work in another area, without abandoning music. We can think of the profession not as something fixed, but that changes over time, you can rethink your life project. This is very liberating, it’s fantastic”, says he, who won a place as a young apprentice at Credit Suisse. “I used to have low self-esteem. Today I know that it’s ok to make mistakes, with help we can improve. Now I have the courage to face challenges, both in my professional and personal life. I’m willing to take risks.”