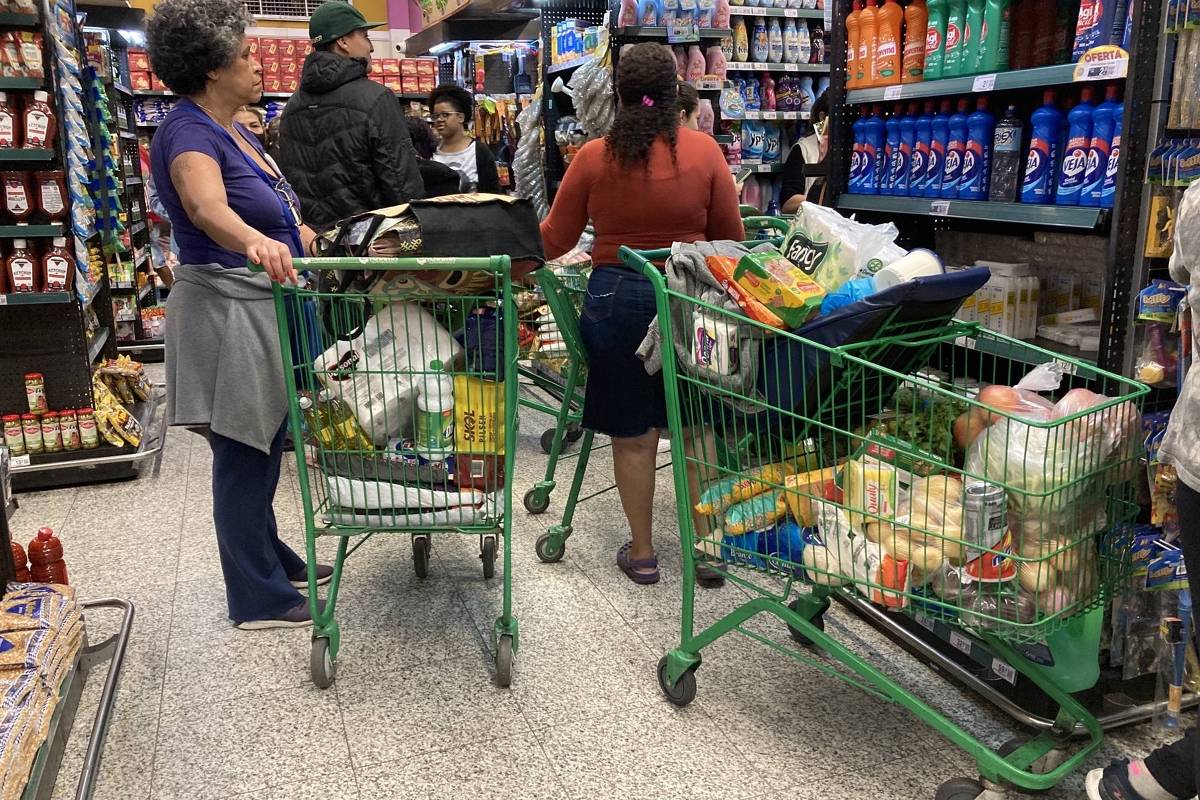 Inflation rises again after three months of decline in Brazil

After three consecutive months of deflation, the IPCA (National Index of Consumer Prices) rose again in October, informed the IBGE (Brazilian Institute of Geography and Statistics) this Thursday (10th).

The country’s official inflation indicator rose 0.59% last month. The rate was above the forecasts of analysts consulted by the Bloomberg agency, who had expected an increase of 0.49%.

In 12 months, the IPCA started to accumulate a high of 6.47% until October, according to the IBGE. The advance was 7.17% until September.

Of the 9 groups of products and services surveyed, 8 had a rise in October. The largest contribution in the month, 0.16 percentage points, came from food and beverages (0.72%), which had decreased by 0.51% in September.

Together, the three groups accounted for around 73% of the October IPCA. The biggest change in the month was in the clothing group: 1.22%.

To try to contain the famine in the election year, President Jair Bolsonaro (PL) bet on tax cuts.

In this sense, Bolsonaro sanctioned in June the ceiling for charging ICMS (state tax) on fuel, among other items. The measure was accompanied by a reduction in prices at Petrobras refineries.

Together, the two factors drove fuels down, which pushed the IPCA deflation on the eve of the elections. The truce at the gas station pumps, however, now shows signs of exhaustion.

High inflation affected the pocket-sensitive products of the poorest Brazilians, such as food, and served as ammunition for the campaign of Luiz Inácio Lula da Silva (PT). The PT beat Bolsonaro in the second round of the elections.

Even with the recent relief in the 12-month period, the IPCA is on track to break the inflation target pursued by the BC (Central Bank) for the second consecutive year.

The financial market projects an increase of 5.63% until December, according to the median of the Focus bulletin released on Monday (7) by the BC. The center of the target is 3.50% in 2022. The ceiling is 5%.

For 2023, the Focus estimate signals IPCA of 4.94%. The market is still waiting for the assembly of Lula’s economic team to assess the possible directions of the new government starting next year.

In the view of analysts, one of the main PT challenges will be to reconcile fiscal responsibility with the payment of social benefits promised during the campaign, including maintaining the minimum amount of R$ 600 of Auxílio Brasil, which must be renamed Bolsa Família.