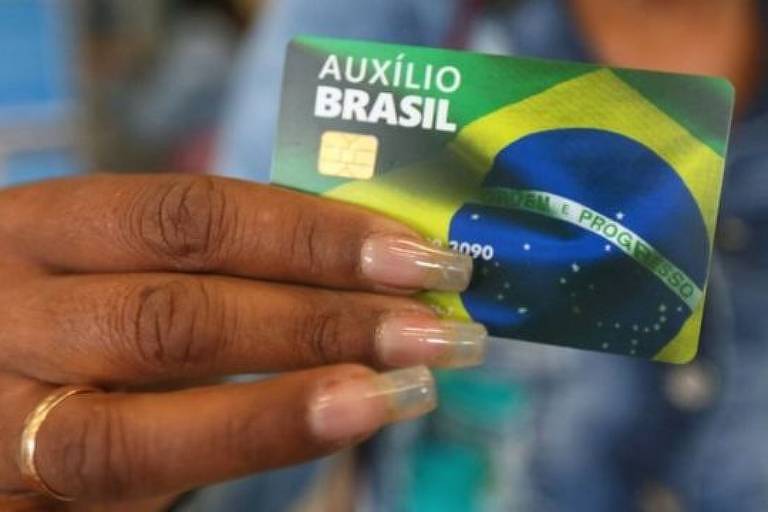 Brazil Aid of R$ 240? Clear all doubts about the benefit discount

Many beneficiaries of the Auxílio Brasil program were surprised this week when they opened the Caixa Tem application to check the value of the benefit they will receive in November.

For these people, the application only showed BRL 240 reais to be received, or values ​​close to that. And Caixa Tem also did not show the R$ 200 supplementary benefit, expected to be paid until December.

In this month of November, the installments of those who took out the Auxílio Brasil payroll loan in October began to be deducted at source —that is, directly from the benefit paid by the government.

The discount, however, came earlier than expected for many of the beneficiaries, who report having been informed by financial institutions that the installments would only be discounted from December or January.

There are also numerous reports of people who say they have not contracted the loan or have contracted it, but have not yet received the amount, and who are still having the installments discounted.

For those who are in doubt about what is happening, we have prepared a simple guide.

Auxílio Brasil was created in December 2021, through a law that extinguished the former Bolsa Família program.

It was an attempt by President Jair Bolsonaro (PL) to stamp his own brand on social assistance, on the eve of the election year, erasing the name strongly associated with PT administrations.

The government’s original proposal provided for a value of R$400 valid only until December 2022, but an amendment in the Chamber of Deputies made the benefit permanent.

In June of this year, with Bolsonaro in second place in the electoral polls, the government decided to expand the benefit to R$600, but again valid only until December.

For this reason, the R$ 600 is paid in two blocks at Caixa Tem: R$ 400 of Auxílio Brasil and R$ 200 of the complementary benefit valid until December.

Also in June, during the electoral campaign, the government announced the creation of the Auxílio Brasil consigned credit, a loan guaranteed by the social benefit, with the debt installments discounted at source.

Loan regulations came out only at the end of September, setting an interest rate limit of 3.5% per month or 51.5% per year, above the average for other payroll loans, according to Central Bank data.

In just 11 days, until October 21, Caixa had already lent R$ 4.3 billion to 1.7 million people. Another 11 private financial institutions are also authorized to grant credit in this modality.

On November 4th, Caixa announced the temporary suspension of the payroll loan offer until the 14th, to process the Auxilio Brasil payroll for November. Payments must be made between the 17th and 30th of November.

Why does Caixa Tem only show BRL 240 of Auxílio Brasil in November to part of the beneficiaries?

Those who took the payroll loan may have discounted up to 40% of the Auxílio Brasil to pay the debt, according to the ordinance that regulated the modality.

But this discount only applies to the BRL 400 of the permanent benefit, not the additional BRL 200 paid until December. Thus, the installment has a maximum value of R$ 160 (that is, 40% of R$ 400) and payment can be made in up to 24 installments.

For those who took the loan in October, the installments begin to be discounted now in November.

I was told the discount would only happen in December. Why then is he being charged now?

Caixa affirms that it “acts as the operating agent of the Auxílio Brasil Program and that the discounts comply with the registration made by the banks with Dataprev”.

Also according to the bank, Ordinance 816/2022 of the Ministry of Citizenship, which regulated the consignment of Auxílio Brasil, establishes that the first discount on the benefit occurs in the first month following the submission of information by financial institutions.

“It is worth noting that any discount with a period of less than 30 days from the release of the resource is in disagreement with the credit legislation”, says Ione Amorim, coordinator of the Financial Services Program at Idec (Brazilian Institute for Consumer Protection).

“Banks that carry out discounts before the due deadline must receive sanctions from the Central Bank that can reach the suspension to operate the credit.”

She notes, however, that, as the payment schedule for Auxílio Brasil is scheduled to take place between 11/17 and 11/30, in theory there would be no advance discount for those who contracted the benefit in October.

In Caixa Tem, the supplementary benefit of R$ 200 still does not appear. Why not and when should this amount appear in the application?

When contacted, Caixa did not respond to this question.

But people familiar with the payment of Auxílio Brasil in previous months say that it is common for the application to first show the value of the permanent benefit (R$ 400 or now R$ 240 for those who took the consignment), and only then show the complement of R$ 200.

It is worth remembering that this month there is also no payment of Gas Aid. As this benefit is bimonthly and has already been paid in October, the next cycle will only be in December.

I didn’t make the loan or I haven’t received it yet, but my aid is already being discounted, what to do?

If the beneficiary does not recognize the payroll loan that is being discounted for his benefit, Caixa advises that the bank where the contract was signed should be contacted for verification. Bank information can be obtained from the Ministry of Citizenship, by calling 121.

For contracts entered into with Caixa, the bank provides service at branches, and the CPF and photo identification document must be presented.

The ordinance that regulated the consignment also says that “in situations in which the undue discount of installments of the consigned loan is verified in benefits of the Auxílio Brasil Program as a result of improper contracting, greater divergence of the contracted value or in which the discount occurs in exceeding the limit established by law, the financial institution will be solely responsible for returning the amount unduly consigned”.

If the complaint with the bank does not work, Idec says that beneficiaries must enter the Consumidor.gov.br channel, which is linked to the Ministry of Justice and Public Security, to file a complaint and demand the return of undue discounts.

“In the event that the bank does not recognize the undue charge and does not make the reimbursement, the bank must still make the double payment, as provided for in the Consumer Protection Code in its Article 42”, says Ione Amorim, from Idec.

The Procon of São Paulo also states that the state Procons can be sought by consumers.

According to the consumer protection agency, complaints about payroll-deductible loans grow year after year. There were 2,505 in 2019, 6,502 in 2020 and 8,355 in 2021. This year, 4,602 complaints have already been made about this category of loan — and that was just until September, before the start of the Auxílio Brasil payroll loan operation.

According to the Idec specialist, these problems may have occurred due to system instabilities that happened, for example, with Caixa, Banco Pan and the fintech Meu Tudo.

“This whole mess may have generated unconsolidated operations, that is, the money was not delivered, but the system considers the operation carried out”, says Amorim.

“It is also possible that there are cases of fraud, with unsolicited operations and money diverted to unknown accounts, as happened with INSS beneficiaries in 2020, when the margin increased [de consignação] from 30% to 35%.”

My benefit is blocked or I was excluded from Auxílio Brasil. Do I still have to pay the installment?

Like any other loan, it is necessary to pay it off, as the borrowed amount has been received. In case of cancellation of the benefit, Caixa will start to deduct the amount by debiting the account.

If there is no authorization for this, or if there is no balance available for the debit, the 2nd copy of the slip with the updated amount can be issued on the Caixa website.

“If payment is not made by the due date, the debt increases over time, as it has interest and a fine for the delay. Therefore, the sooner you settle the debt, the less you will pay for it. arrears create difficulties in obtaining new loans”, says the bank.

Does the Auxílio Brasil discount in November have to do with Lula’s election?

Amid the confusion of beneficiaries with the beginning of discounts on Auxílio Brasil, several profiles of supporters of President Jair Bolsonaro (PL) started a disinformation campaign, linking the reduction of the benefit to the election of Luiz Inácio Lula da Silva (PT).

The discounts happen, however, due to the payment of the Auxílio Brasil payroll loan, a type of loan created by the Bolsonaro government.

For 2023, there is still no certainty about what the value of the social benefit will be.

Lula’s transition team, whose social assistance area is being led by Simone Tebet (MDB), has already declared its intention to return to calling the benefit Bolsa Família and to keep the amount at R$ 600 next year, with a additional benefit of BRL 150 per child up to six years of age.

The transition team is now working with Congress to get space in the Budget for this expense. The hypothesis of a PEC (Proposed Amendment to the Constitution) to leave Bolsa Família outside the spending ceiling rule for the next four years gains strength.