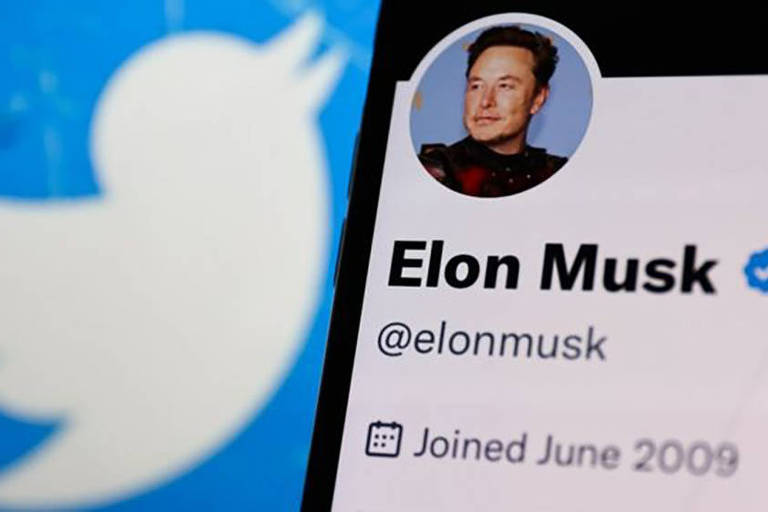 A key role team at Twitter, responsible for combating misinformation on the platform, has been dissolved by the company’s new owner, Elon Musk.

This group monitored the content of the social network, contextualizing misleading or incorrect posts; highlighted news sources with verification; and created threads of credible posts on hot topics in most of the world’s most spoken languages.

All teams were cut.

The BBC spoke to five former members of monitoring units around the world. They requested anonymity for fear that speaking out could impact compensation packages.

“We had great global reach. The only ones with eyes and ears on the ground in different countries,” says a senior member of one of those teams.

According to this person, the local teams were able to detect the cultural nuances in each country.

“There was a lot of pre-election research and preparation in each place, for example. Teams were better able to understand the local atmosphere and even anticipate cases of misinformation that might occur.”

Another person responsible for the monitoring work — who learned of his dismissal when he lost access to his e-mail — says he is very concerned. “Everyone’s experience will be made worse by a lack of direction,” he says. “My fear is that it will become a far-right platform.”

Twitter is a different platform for each user according to which accounts they follow and their interests, and also according to their location.

Monitoring teams added verified tweets from credible sources to discussions of topics that were going viral and contained misinformation. They also used the Moments tool — a compilation of verified and authoritative posts about a topic or news item.

“We didn’t moderate or censor. We never removed content, but we promoted content [com contextualização]🇧🇷 If there was an increase in any type of misinformation, we were warned and we worked with partners”, says a member of a monitoring team.

Afterwards, checked and contextualized information was highlighted on the website.

Members of monitoring teams say there are still “ghosts” of the work they were doing: scheduled content that continues to be generated, such as live pages covering elections or the war in Ukraine.

But there is a deadline for this content to finish being published and soon Twitter users will be left uncurated on the platform.

In some countries this is already happening.

Last week, “Ministry of Defense” was among the trending topics in Brazil. By clicking on the topic, it was possible to notice posts falsely claiming that the government had found evidence of fraud in the Brazilian electoral system.

Without the work of monitoring teams, there is no contextualization and checking to unmask misinformation, which spreads without control.

In early December, Indians living in Gujarat, the state where Prime Minister Narendra Modi was born, go to the polls. The dispute will be a barometer of the chances of the ruling BJP party in the 2024 general elections.

Previous polls in India have been riddled with misinformation. Now the elections will take place without Twitter curation in English or Hindi – there has never been monitoring in the Gujarati language.

In Mexico and other Spanish-speaking countries, layoffs will have a “tremendous impact,” says social media expert Luis Ángel Hurtado Razo, a professor at the National Autonomous University of Mexico.

“Twitter is not the most used network in these countries. But because it is quick and easy to share information, it has become the most influential in the public sphere. Misinformation spreads from Twitter to other platforms,” ​​says Hurtado Razo.

He says that in Mexico, for example, there are not enough fact-checking agencies and, without the work of the network itself, fake news can have a great reach on the platform.

‘Only the bare minimum’

Different locations and languages ​​have different problems. In Arabic, the trending topics are affected by a huge amount of spam. Monitoring teams worked on a project to find solutions to the problem. It is not known whether the project will continue.

Twitter’s only office in Africa was in Ghana. Inaugurated only last year, the company said that it aimed to be more present in conversations on the continent. Now almost all employees have been laid off.

“Twitter has done the bare minimum when it comes to sub-Saharan Africa,” says Rosemary Ajayi, founder of the Digital Africa Research Lab. “The focus is on the northern hemisphere. There are actors manipulating the platform [na África] for several years, a lot of violence and a lot of misinformation.”

“Twitter under Musk? We’re used to chaos,” she says. But with the content monitoring cut, “things are about to get really ugly.”

With reporting by Mariam Issimdar

Facebook
Twitter
Pinterest
WhatsApp
Previous article
Understand what Article 5 of NATO is, a military aid mechanism between alliance countries
Next article
The storming Olympiacos “stepped” on the mighty Pro Reko in the “hot” Papastrateio!