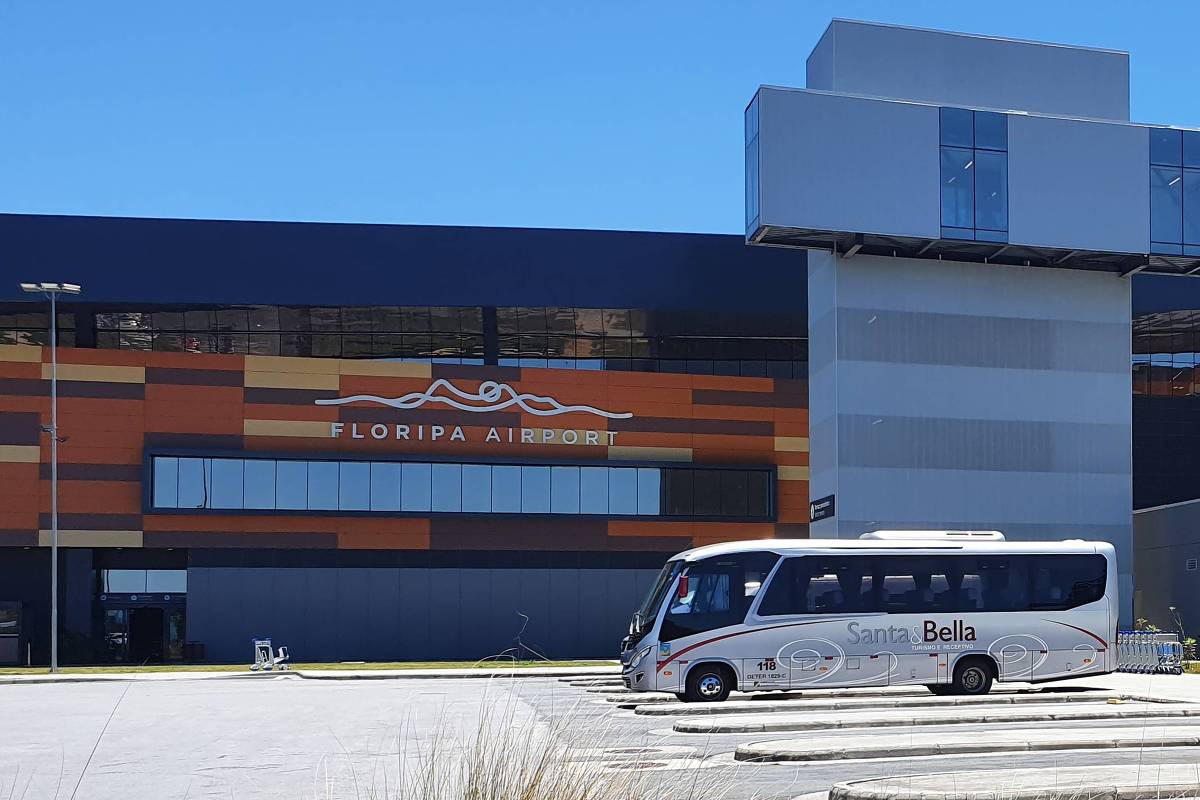 Florianópolis airport, in Santa Catarina, will also become a bus station. In early November, the site obtained authorization from the state government to operate a bus terminal, attached to the space where planes depart.

With ten platforms, it expects to generate a movement of more than 5,000 passengers per day in the coming years. At the moment, the airport is negotiating with the bus companies to establish the new lines. Conversations include new players in the market, such as Buser and WeMobi, which have been competing with traditional transport and, often, make boarding in improvised places.

“We hope to close at least the routes to Balneário Camboriú until the end of the year, to take advantage of the high season”, says Ricardo Gesse, CEO of Zurich Airport Brasil, a concessionaire of Swiss origin that has operated the airport since 2018. Other planned destinations are Itajaí, Bombinhas, Porto Belo, Blumenau, Garopaba and Criciúma.

The space that will be used to receive the buses already exists and currently receives private vans. There are plans to cover the platforms in the coming months. Road passengers must use the airport’s existing structures, such as restrooms, food court and parking.

“The idea came from airports in Europe, where the terminals are connection points for buses and trains”, says Gesse. “The bus station operation itself should not bring profit by itself, but will mainly serve to attract more public to the airport.”

The plan is to especially attract residents from other cities in Santa Catarina. It is common for this public to travel by bus to Florianópolis to board international flights, for example. The main bus station, called Maria Rita, is 13 km from the airport, in the city center.

Generally, airports are located in remote areas, while bus stations occupy more central areas, to facilitate public access. The one in Florianópolis, however, is located in the south of the island, and close to many residents. Gesse hopes that they prefer to board the bus there instead of going to Maria Rita.

Terminal Rita opened in 1981 and receives around 10,000 users a day. It is operated by the State, but is in the process of privatization.

Florianópolis airport was auctioned in 2017 and taken over by the private sector the following year, for a period of 30 years. In 2019, a new terminal was inaugurated, four times larger than the previous one.

The expectation for the coming months is a busy summer, with 6% more movement than in the 2019/20 holidays, the last before the pandemic. In January, up to 12 arrivals and departures are planned every hour.

The terminal will have the largest flight network in its history, with 26 routes, 19 national and 7 international. The offer of flights with Argentina should grow 22% compared to the pre-pandemic. There will be direct flights to Buenos Aires, Córdoba and Rosario, operated by three different companies.

In December, there will be the debut of a flight to Montevideo, Uruguay, operated by Azul. There will also be more flights to Santiago, Chile, and Asuncion, Paraguay.

In the domestic market, there has been greater demand from the public in Rio Grande do Sul. This led to the creation of more flights to Porto Alegre and cities such as Passo Fundo, Pelotas and Santa Maria.

There will also be direct flights to Recife, Salvador, Goiânia, Cuiabá, Campo Grande and Foz do Iguaçu. Rio and São Paulo will also have more options. In January, there should be 14 flights a day to Congonhas and 6 to Santos Dumont.